Duggan defends Ilitches: They've built 'as much or more than anybody' in Detroit 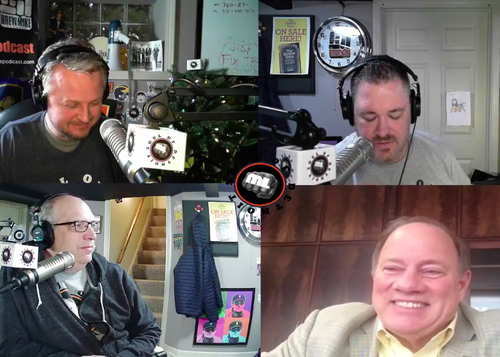 Detroit Mayor Mike Duggan offered a full-throated defense of the Ilitch organization Tuesday, saying he’s proud of development it's completed around Little Caesars Arena, despite that it's fallen far short of what was promised.

Duggan, who recently launched his re-election campaign, made the comments on reporter M.L. Elrick’s podcast, the Soul of Detroit, after co-host Marc Fellhauer asked about the Ilitches’ track record in an area he noted was made up of many parking lots.

“I think he’s got things going in the right direction,” Duggan said of Chris Ilitch, president and CEO of Ilitch Holdings. “There were a lot of people who could have bought those parking lots and built on them in the last 50 years who didn’t do it. As far as I can tell, all of the critics were people who didn’t acquire land and build in Detroit.”

The billionaire organization has faced scrutiny since being awarded approximately $400 million in taxpayer subsidies for the arena and spin-off developments. But in six years, it has failed to make good on its promise of "District Detroit" — a sprawling entertainment district of housing, dining and retail — leaving a dead zone between the city's vibrant downtown and Midtown. A chunk of the area is actually more vacant than when the district was announced in 2014, a Detroit News analysis found last year.

The area is in part comprised of land the Ilitches bought and held for up to 15 years in an apparent strategy to depress property values so they could buy up more for cheap. The city’s Downtown Development Authority gave it dozens of additional parcels for $1.

Hundreds of apartment units promised early on were to be built concurrently with the arena and complete in 2017. That didn’t happen.

In 2017, the Ilitches again said hundreds of units were coming to the area, releasing renderings of six projects they said would get underway within two years. That didn’t happen either.

To date, just two projects have materialized in the 50-block district: Wayne State University's Mike Ilitch School of Business, and the company’s headquarters, whose opening was delayed. A third office building is under construction, as is the historic Hotel Eddystone, whose expected renovation was bumped back three years to 2021 after the Downtown Development Authority struck a stronger deal to ensure it happened.

Duggan applauded these developments while minimizing the Ilitches’ unkept promises, noting housing deals can be complicated and others have fallen through elsewhere in the city.

“You can talk what you want, but the first mid-rise office building built in this city in the last 25 years is the Little Caesars headquarters on Woodward and right next to it they’re building another major office building that’s nearing completion,” he said. “I think Chris Illitch, at one point he did a speech I think he probably regrets and had suggested a vision of huge development all at once.

Duggan also downplayed resident concerns over the breaks afforded to the wealthy family — money that could have been used to support city services, but without which the Ilitch organization said it couldn't complete the project.

The Ilitches’ divisive record extends beyond the arena district. The family also promised development that never came around Comerica Park, for which it also received taxpayer support.

Duggan seemed optimistic that the Ilitches’ most recent development promise would materialize. Late last month, the group unveiled plans to rehab and create market-rate and affordable housing at six historic buildings in the Lower Cass Corridor, two of which it once tried to demolish.