Michigan Congressman Paul Mitchell: Time to Take Care of the Sheep and Feed the Chickens 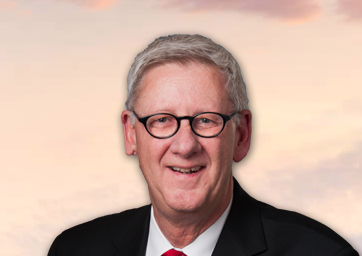 Rep. Paul Mitchell: "I have no intention of running ... again."

Michigan GOP Congressman Paul Mitchell, retiring next month after two terms, recently made a splash when he announced he was disgusted with his Republican Party's false narrative about election fraud and was becoming an Independent.

Now, he tells Melissa Nann Burke of The Detroit News that the's done with politics, but he's unsure what's next "besides taking care of the sheep and feeding the chickens."

"I've really struggled saying this because never in my adult life have I gotten to a point that I don't have objectives, I don't have goals for the future for what I what I'm going to do and tackle. But it's time to just kind of take a breath."

Mitchell, 64, has a hobby farm in Dryden in Lapeer County, which includes 28 sheep.

"I have no intention of running for elected office again. I have disagreements with the governor on a whole range of things, but I’m going to go home and inflict my opinion on my family, who will probably tell me to please shut up."