"Keep your heads down, it is going to get ugly," warns a scary email sent Tuesday night to state representatives. It vows "a mass execution" for backers of "this bogus election" for president.

Rep. Laurie Pohutsky, D-Livonia, tweets a screenshot of the alarming text, addressed to dozens of members, and says: "This email has already been sent to the authorities."

A supporter of President Trump "chose to send it from his work email," notes the suburban Detroit lawmaker, who shows a name and business name while covering the email address.

We're not publishing the unverified names, and she discourages amateur sleuthing:

As I mentioned, the authorities have been informed and are investigating. Please do not speculate as to who sent it. There are people whose job it is to determine his identity and civilians doing so is dangerous and unfair to innocent people. Let’s not falsely accuse.

Under a one-word subject line -- "Urgent!" -- the agitated sender says: "The voters of America have been dealt a great injustice by their elected officials. They have few options left." 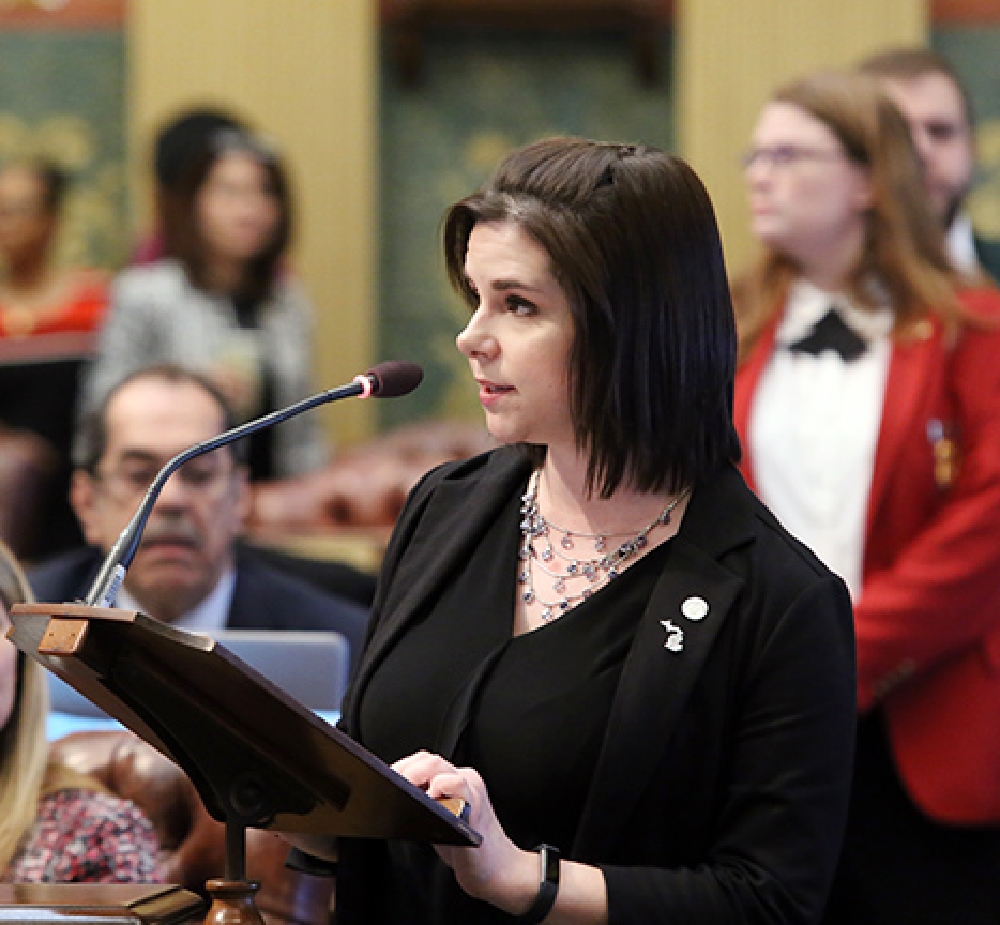 Rep. Laurie Pohutsky: "I have been as patient as I intend to be." (Photo: Michigan House)

More excerpts from his 11-sentence text:

I am afraid that all American voters will now be forced to change our government officials with bullets instead of ballots. I predict a mass execution of public officials across this land and I predict it to start very soon. ... The American people are and always will be the force of power in America.

Referring to the date when Congress will confirm the Electoral College victory by Joe Biden and Kamala Harris, the email adds: "January 6th is our last best chance for our government to right the ship."

Unless senators and representatives "vote Trump into his rightful 2nd term that the American people voted for ... it is time to show the world who is really in charge of this great land."

Pohutsky, who'll be sworn in for a second term Jan. 1, says in a five-tweet thread to nearly 15,000 followers that her office "gets emails like this every day."

[Our] workplace is getting less and less safe. ... We have a policy right now that no one other than me is allowed in the office unless there is an emergency.

This is not just due to Covid. This is also because, despite multiple conversations about it, we haven’t found a reliable way for my staff to get out of the building if one of these people makes good on one of these threats.

The first-term representative anticipates "I will likely face backlash for posting this" with the sender's name and business, and decalres: "I have been as patient as I intend to be on this matter. Enough is enough."