Nearly 90,000 Covid shots given in first 3 weeks of Michigan vaccines

For about 87,000 Michiganians, 2020 ends with a shot in the arm as protection against the health threat dominating this year.

That's how many people got the first of two doses of a Covid vaccine, as of Tuesday. About 30,000 recipients are in the tri-county Detroit area, the latest state data shows. (The next update comes Saturday.) 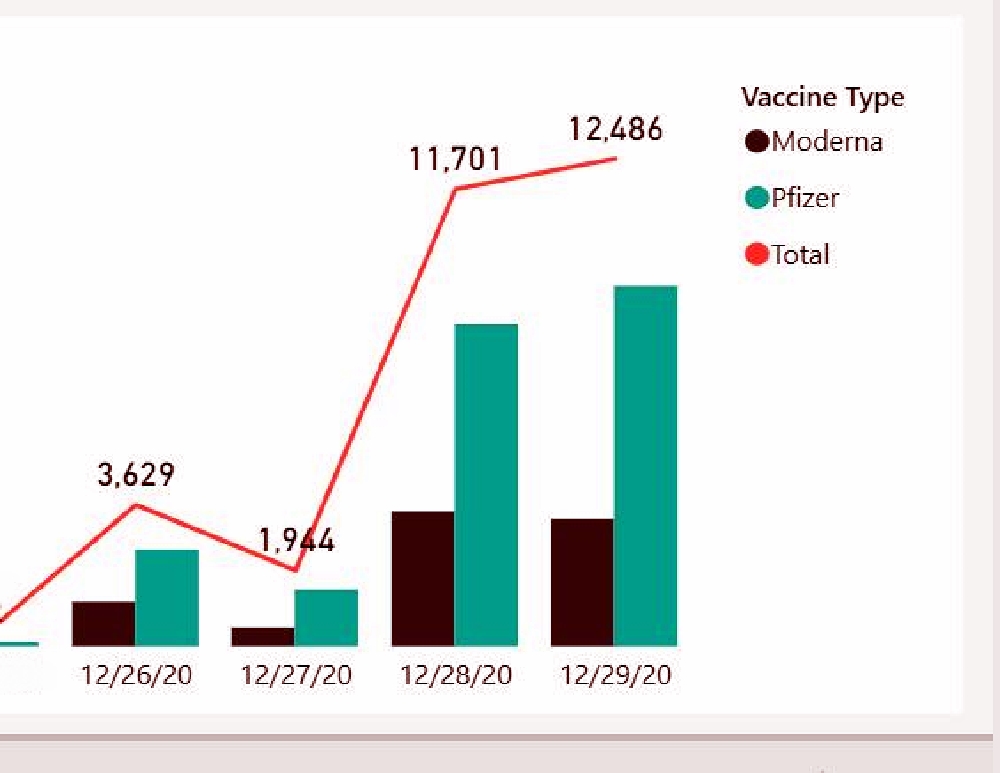 As in other states, the health department in Lansing and its regional partners -- hospitals, pharmacy chains and local health agencies -- have hundreds of thousands of vaccines waiting to be administered. "The largest immunization campaign in U.S. history is off to a slow start," a Washington Post article says. "Without a significant speedup, vaccinating enough people in the United States to achieve herd immunity will take years, not months."

On Tuesday, 12,486 shots were given around Michigan -- the second-largest number posted so far at a health department Covid-19 Vaccine Dashboard. (The peak was Dec. 23, with 12,645 vaccinations.)

Recipients return in three to four weeks for a final "booster shot" of medication from Pfizer or Moderna.

Michigan received 337,875 vaccine doses, as of Tuesday, and awaited 369,825 more allocated by the federal Centers for Disease Control (CDC) through next week.

Gov. Gretchen Whitmer acknowledged Tuesday that the rollout is slower than expected because of "initial struggles" creating a distribution process. "Every state in the nation is dealing with building up an apparatus to get vaccines disseminated as quickly as possible," she said at a video news conference from Lansing, according to Michigan Radio.

Her health department hopes that 70% of residents age 16 and older (about 5.6 million people) will be vaccinated by the end of 2021. To see when they're eligible, Michiganians can check the state's vaccination website. "When we start opening up vaccine administration to more groups, we will post clinic locations on our website or on Vaccine Finder," a state spokesman said Thursday, The Detroit News posts.

"Until then, MDHHS, along with local health departments, will be reaching out to specific populations to be vaccinated since it will be a targeted approach. Also, we will communicate via the media as we move to vaccinating different priority groups."

Nationally, 12.4 million doses had been distributed as of Wednesday and 2.6 million had been administered, according to the CDC.

The first group of vaccinations was supposed to be the easiest: It's hospitals and nursing homes inoculating their own workers and residents. If we can't get this right, it doesn't bode well.

Another national columnist, Paul Krugman of The New York Times, writes Friday that things could change after Inauguration Day:

"This is probably just a temporary hitch, especially because in less than three weeks we'll have a president actually interested in doing his job."

In Michigan, the state dashboard shows how many shots were given in Metro Detroit through Tuesday: