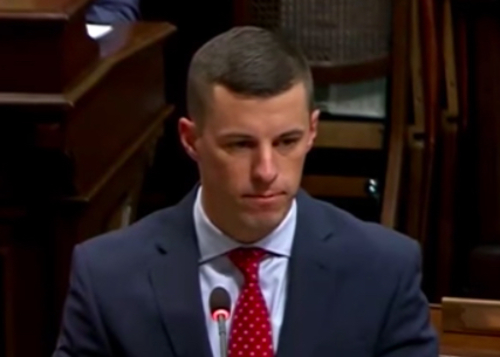 Chatfield gave the Minards a shoutout in his farewell address. (Photo: Facebook)

A married couple working for outgoing Michigan State House Speaker Lee Chatfield earned more than $1 million through a side consultancy that served the campaigns of other GOP state lawmakers, a conflict that reportedly is allowed under Michigan's lax campaign finance laws.

The Michigan Campaign Finance Network has the story:

An archetypal power couple, the (Rob and Anne Minard) hold two of the most senior positions in the Michigan House of Representatives. Rob is majority chief of staff, the most influential position in the House that doesn’t require getting elected, while Anne is director of external affairs. They are also two of the highest paid. At $164,000 a year, Rob Minard has a larger salary than Gov. Gretcher Whitmer, while Anne Minard earns $111,000, according to  disclosures.

At the same time, the Minards have also run a side business, a consulting firm named Victor Strategies. An investigation by the Michigan Campaign Finance Network found that since 2015 the firm has been paid nearly $1.1 million by Republican legislators’ campaigns and the PACs connected to them, at times for vaguely-described services or at apparently exorbitant rates.

Here's why the activity can pose an ethics problem:

Retaining a firm owned by highly-placed legislative staffers may be appealing to those looking for access to legislative leadership. John Lindstrom, who covered state government for decades as publisher of Gongwer News Service, said chiefs of staff can have a “big, big effect on policy decisions.” (Lindstrom also serves on MCFN’s board of directors.)

The chief of staff can often provide access to the Speaker and will have the leader’s ear on any number of important decisions, Lindstrom noted, though it’s important not to overstate their influence. 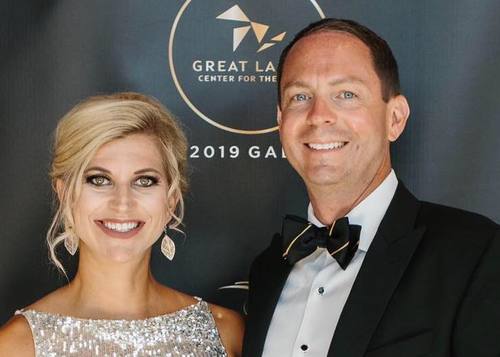 The firm was registered in 2011 and has seen more business since its owners took their posts in Chatfield's office, earning nearly $500,000 in the most recent election cycle.

Rob Minard declined to comment for MCFN. The non-partisan non-profit writes that a 1973 law governing the ethics of government employees doesn’t apply to legislative staff, meaning it is legal for them to run a business with paying clients in the body of government where they work.

A report five years ago found Michigan has the worst ethics and transparency laws and safeguards of any state.