"Listen to the recording" of Saturday's presidential call pressuring Georgia's secretary of state to "find 11,780 votes," the professor tweets. "Governments can fall. (Most do.) Everything this shows about the president has been clear for four years."

Earlier this weekend, Primus reacted to a Twitter thread by author Sandra Newman, who suggested: "It's very clear that if [Republicans] ever hold the White House and both houses of Congress again, they will not honor the results of an election they lose. This assault on democracy will not go away by itself." The Ann Arbor legal expert's comment is equally ominous:

It is not unreasonable to have this worry.  That’s not OK. Constitutional democracy can’t function for long where this is a plausible hypothesis. 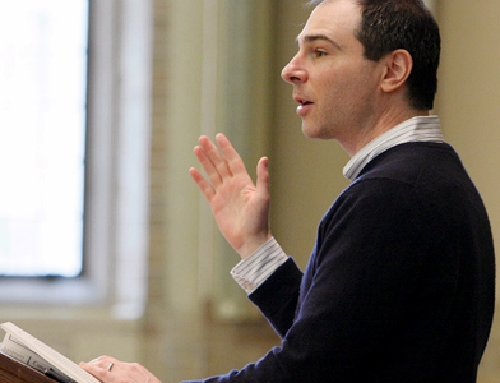 Richard Primus: "I don't think the survival of the republic particularly means anything to Donald Trump." (Photo: U-M Law School)

"The republic is in greater self-generated danger than at any time since the 1870s. ...

"If you had told Barack Obama or George W. Bush that you can be re-elected at the cost that American democracy will be permanently disfigured — and in the future America will be a failed republic — I don’t think either would have taken the deal. I don't think the survival of the republic particularly means anything to Donald Trump."

Primus' public heads-ups about this clear and present danger include a Michigan Law Review article that begins starkly:

Every system of government eventually passes away. ... No nation is exempt from the basic forces of history. It is not reasonable to think that the constitutional republic we know will last forever.

The question is when it will meet its end: in our lifetimes, or in our grandchildren's, or centuries later. Given the stable conditions that living Americans were socialized to expect, the dominant intuition is probably something like: "A very long time from now, long enough that we can't imagine what life will be like then."

That was my own confident view until recently, and it may still turn out to be right. But the recognition that no system of government lasts forever should make us realize that this one, too, will one day run its course. Once we face that reality, we can perhaps think with open minds about the possibility that the end will come sooner than we expected. 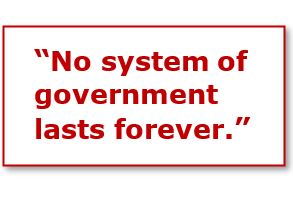 His 24-page exploration is scholarly and footnoted, yet also breezy, accessible and more haunting in the twilight of this presidency than when published in August 2018. More excepts, with extra paragraph breaks added:

Whatever Trump threatens, he probably doesn't threaten an actual dictatorship. But there is another way to understand the fall of the Republic ... the prospect that although the Constitution will not be formally repudiated, the republic will become corrupted, impoverished, and damaged to the point where it is a lot less worth having than it used to be.

The republic is now at risk in [that] sense. ... If worse comes to worst, historians will one day say that the system carried within itself the seeds of its own destruction.

One potentially destructive seed, in Primus' view, is that we have "a Constitution designed without political parties in mind."

The professor balances his stay-vigilant message with cautious optimism:

I do not come as a prophet of doom, nor even as a pessimist. The republic faces a grave challenge, but we probably have a better-than-even chance of coming through in good shape. We may even find our way, on the other side of this danger, to improvements that will make the republic better than it was before. ...

One might call that development the end of the republic, or one might say that the republic persists but is much less worth having than it used to be.