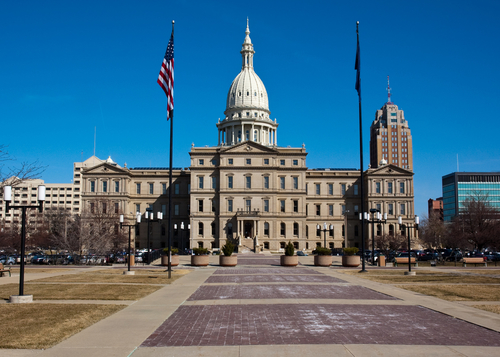 You knew this was inevitable, right?

Now the Michigan Capitol Building is closed because of a threat.

The Michigan State Police tweeted a brief press release on the incident, stating a man called the Michigan State Capitol Facilities Control Office in Lansing around 6:40 a.m. Thursday, and reported a bomb in the building. The building was evacuated and searched, but no device was found.

Staff were allowed back into the building around 9 a.m.

The investigation continues, and the release states "every effort will be made" to find the caller and prosecute.