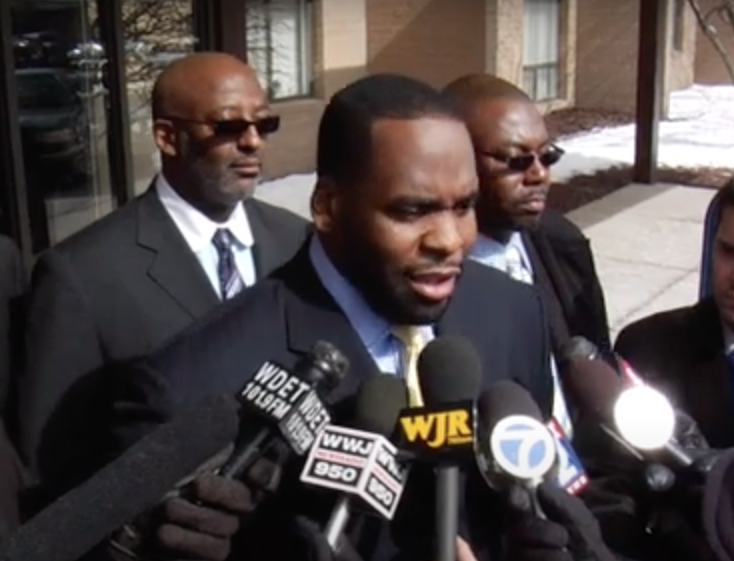 Ex-Detroit Mayor Kwame Kilpatrick is serving his 28-year sentence in a federal prison in Oakdale, La., the same minimum-security facility former Louisiana Gov. Edwin Edwards once stayed in after his public corruption conviction.

Now, the Detroit Free Press has put together an eight-minute video of Kilpatrick's final days as mayor of Detroit. He resigned in 2005 after pleading guilty to state felony charges in his perjury case and no contest in his assault case. He was sentenced to four months in jail. Eight years later, he drew 28 years in federal prison for a host of public corruption charges.

The video shows Kilpatrick, in Trump-like fashion, blaming much of his problems on the media. The film is narrated by Detroit Free Press investigative reporters Jim Schaefer and M.L.Elrick, who won a local news Pulitizer Prize in 2009 for their coverage of the Kilpatrick texting scandal. Schaefer is now an editor at the paper, and Elrick took a buyout this week and shows interest in running for city council.