A southeast Michigan militia group is planning a Sunday demonstration at the state capitol in Lansing. Will it be violent? "It depends on how we are pushed," its organizer says. 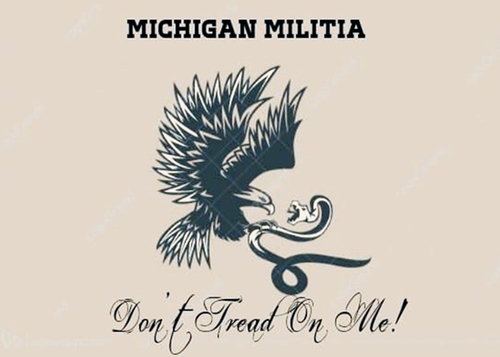 Not this militia, another one (File photo)

OK. Fox 2 Detroit reports the 217-member group of self-appointed soldiers will be "loud and armed" but otherwise plans to keep their fingers off the triggers:

"I don't anticipate anything like that happening again in the near future without a particular amount of provocation," said Mike Lackomar, leader of the Southeast Michigan Militia.

..."In Michigan we have a number of issues that concern us," he said. "Obviously the election, questions as to how our state handled the federal election and we are also going on our 11th month of severe Covid restrictions in our state."

Lackomar, who has the standard-issue copious facial hair fashionable in his cohort, says the group is private, has no affiliation with the Wolverine Watchmen group, whose members are accused of plotting to kidnap Gov. Gretchen Whitmer, and that they come in relative peace:

"That is not in the cards at the moment," he said. "We have no plans of storming the Capitol."