Would-be good Samaritans got the short end of the stick in two separate incidents Tuesday. 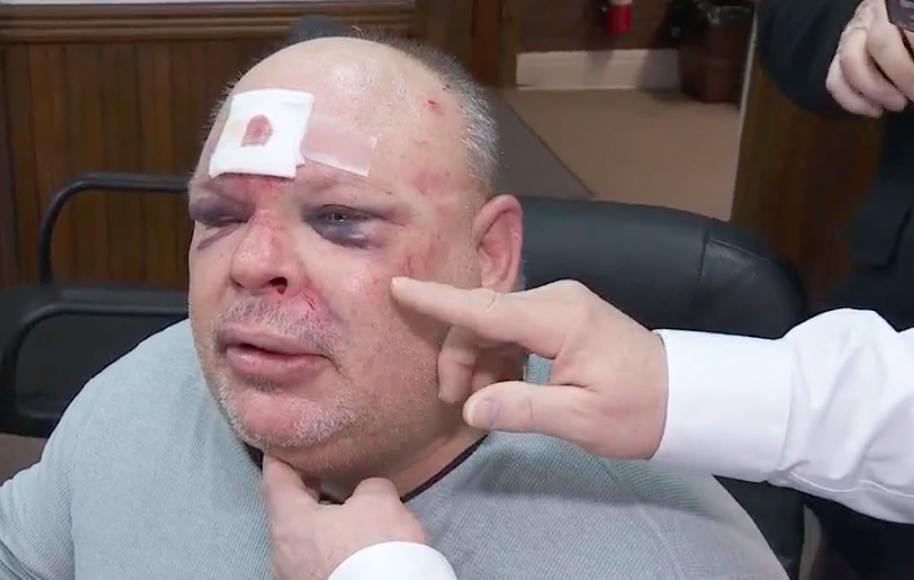 In Roseville, St. Clair Shores minister Derek Hill was out in his van, the "Last Supper Mobile Ministry," filled with food for the homeless, when he pulled over to help a car with smoke coming out of it. Instead, as Fox 2 Detroit reports, things went south:

Hill was forced out of the van, thrown to the ground, and kicked in the face.

"In a nutshell, they just sucker-punched him, and beat them enough to get them out of the car, and take his car from him," said Chief Ryan Monroe, Roseville police.

Hill, in an interview at his lawyer's office, pleaded for the return of his vehicle:

"Please return the van, that is all I ask," Hill said. "I'm asking homeless people if they need a blanket. I'm giving myself to them. I'm bringing them off the street, I am finding them shelter, I am bringing them groceries."

The second incident was in Monroe County, in LaSalle Township. The Detroit News reports:

A 63-year-old driver told investigators she had been traveling near South Otter Creek Road and Interstate 75 at about 7:30 a.m. when she stopped for a woman "who was standing on the side of the roadway and appeared to be in distress," the Sheriff's Office said in a statement.

The woman entered the passenger side; the driver "became afraid and exited her car, at which point, the suspect drove away," according to the release.

The perpetrator was arrested later that day in Monroe County. Nothing suggests the incidents are connected.