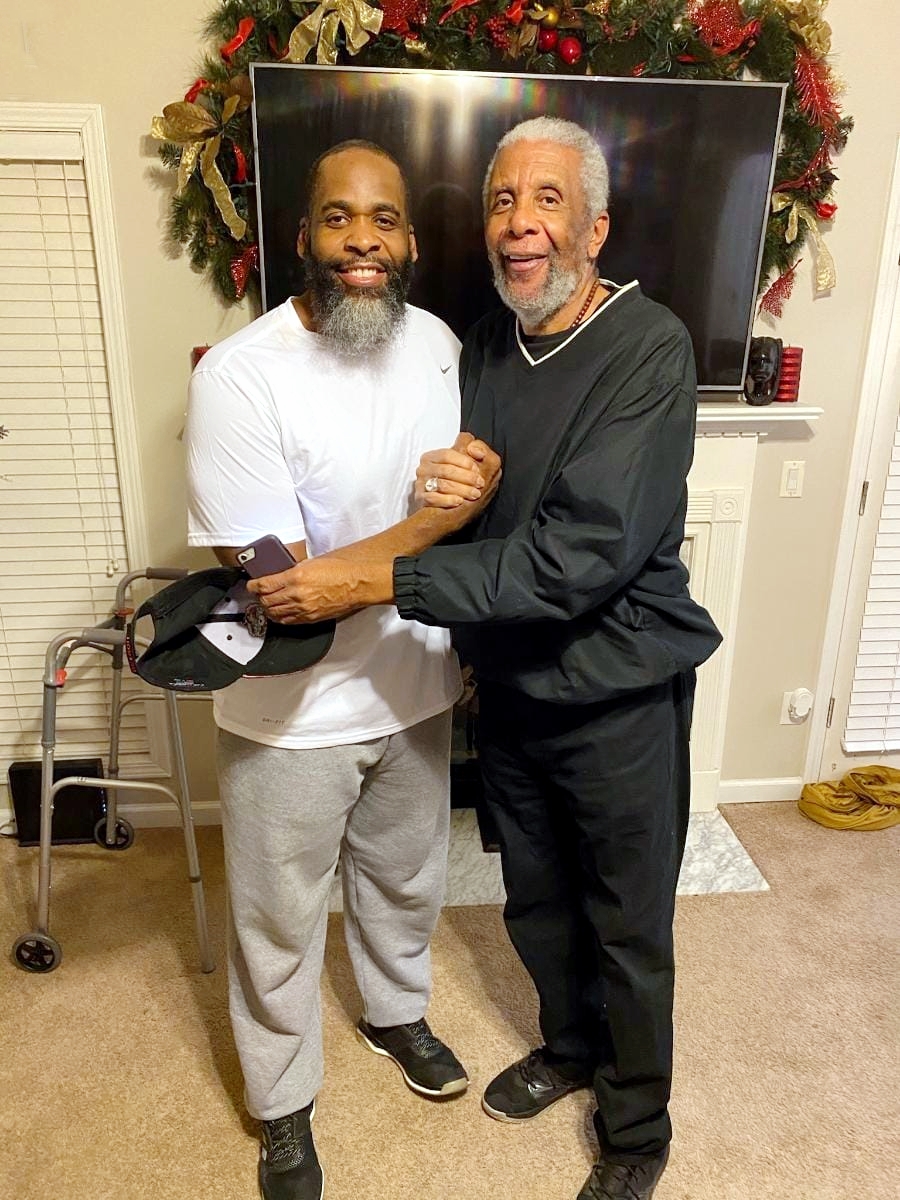 Kwame Kilpatrick, freed from prison last Wednesday by President Trump, was seen Sunday afternoon at his mother's home in Griffin, Ga. The bearded ex-mayor looked  thinner and grayer than when he headed to prison in 2013, reports Sarah Rahal of The Detroit News.

The former Detroit mayor had been joined with friends and family at the home an hour south of Atlanta in a secluded neighborhood of Griffin, a small suburb surrounded by cattle and horse ranches.

Located down a mile-long dirt road into a new-construction community, the single-story home purchased for $336,848 in 2019 by Carolyn Cheeks Kilpatrick, the matriarch and former U.S. representative, had vehicles stretched down the driveway and around the street. People gathered there enjoyed each other's company in a sunroom in the backyard.

In the garage, Kwame Kilpatrick, in gray sweatpants and a white T-shirt, grinned then chuckled as he was approached by a reporter: "I'm not going to talk to you."

Trump commuted his 28 year sentence last week to time served, which was about seven years. With good time, he would have had to serve about 24 years. The sentenece was controversial, with some in the community insisting it was far too harsh.

A photo of Kilpatrick, 50, and his father Bernard Kilpatrick last Thursday circulated on social media.

Bernard, a 79-year-old, former political operative, was a co-defendant in his son's trial and was sentenced to 15 months in prison on tax charges. He was acquitted of the more serious charges. Reports in 2013 were that he was heartbroken when his son was sentenced to 28 years in prison.

His 75-year-old mother, Carolyn Cheeks Kilpatrick, served 14 years in Congress and ewarlier was a state lawmaker in Lansing for nearly 20 years.

A brief video posted on social media by a member of Kilpatrick’s family showed him hugging two of his sons and his sister, Ayanna, at Hartsfield-Jackson Airport.

He’s Free: Kwame Kilpatrick is out of Federal prison after being granted clemency. pic.twitter.com/n0dTlBc56I