Over $76,000 in public gifts are sweet payback for Ray's Ice Cream in Royal Oak

This week has a cherry on top for Ray's Ice Cream, a 63-year-old Royal Oak icon whose fans show loyalty in a big way.

When owner Tom Stevens on Tuesday posted his family business' first appeal for public help, he hoped up to $50,000 might be donated so he "could make payroll for all these great kids that work for me." As this site and others reported the next day, the GoFundMe target was exceeded in just over 24 hours.

This weekend, the five-day total passes $76,100 from over 1,700 customers, nostalgic customers living elsewhere and other admirers. 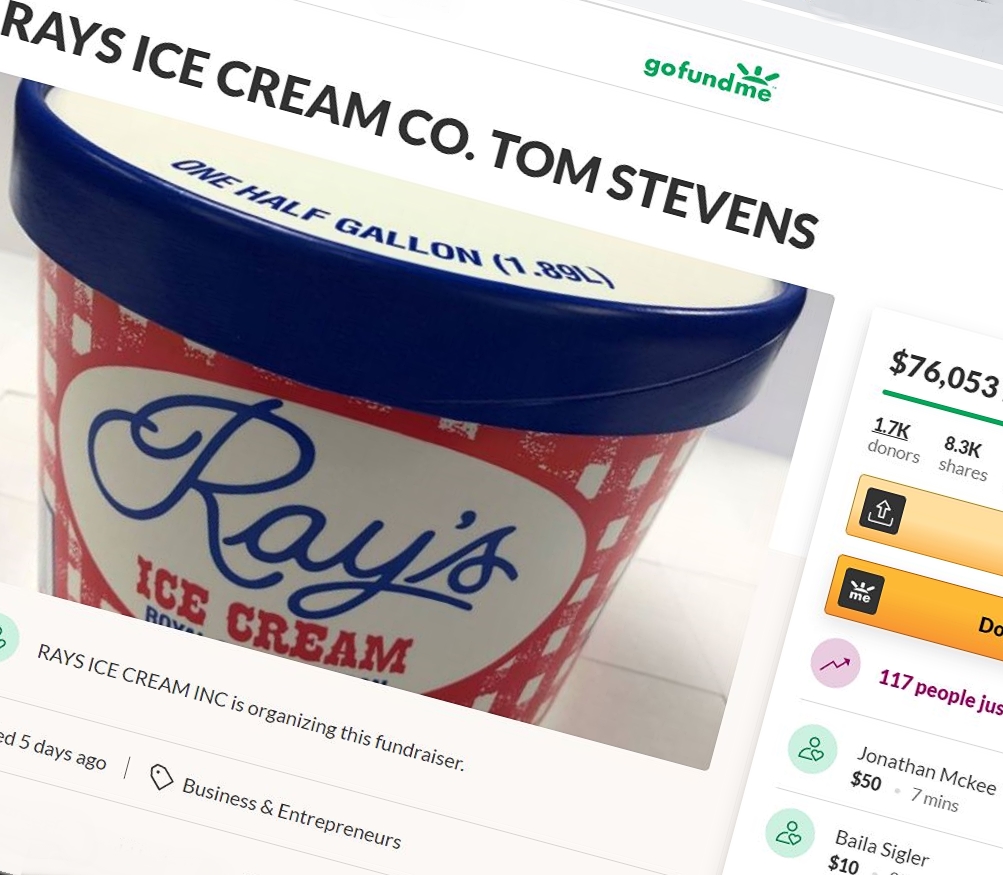 Because wholesale sales plummeted as restaurant dining rooms shut, while in-store sales also dropped amid an indoor seating ban that ends Monday, "we had to reach out to our friends for help," Stevens posts at the fund drive. An update adds: "And help we received!  We are truly blessed and humbled."

Support this weekend includes a $250 donation, a pair of $200 contributions and 11 gifts of $100 each -- including one from Brian Nolan, who says: "Thank you for being part of my childhood and an important part of our community! We need you, Ray's Ice Cream!"

Jen Scully, perhaps the most distant donor, posts Suday afternoon with her $150 gesture: "With love from Abu Dhabi back home to MI. Lots of Ray's memories growing up."

From out west, Kathleen K. posts at the fund page that she's "sending love from Colorado and remembering all the trips to Ray's after a good report card. Those giant scoops kept my grades up!"

Earlier in the week, Gail D. Williams and two anonymnous benefactors gave $1,000 each. 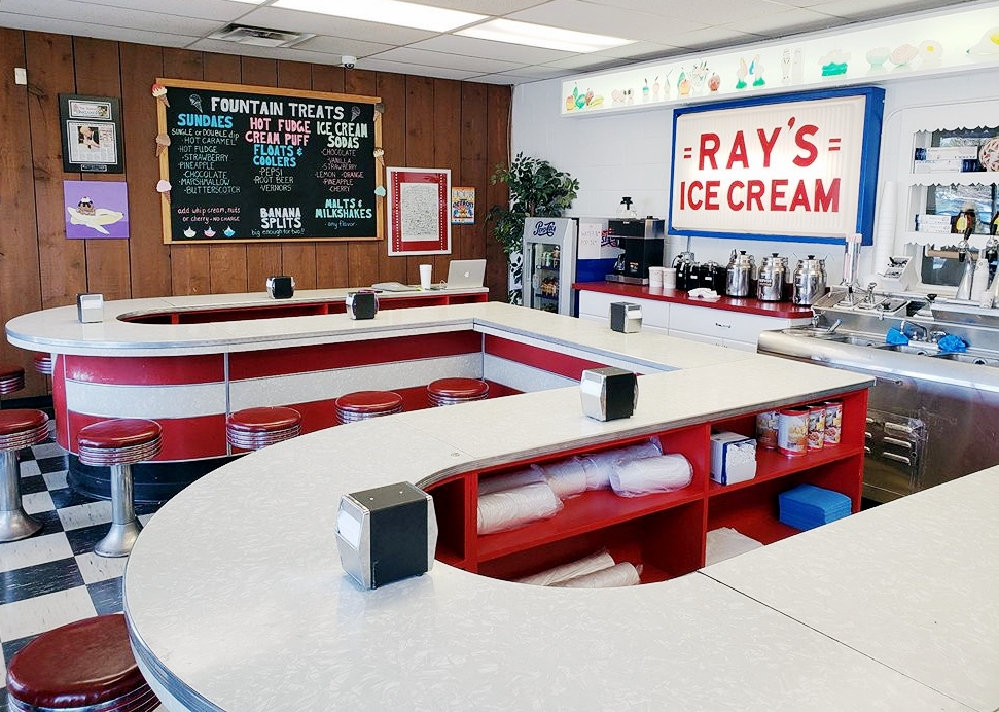 And from Coconut Creek, Fla., Elizabeth Planakis accompanies her gift with a lifelong memory:

"I live in South Florida, but was born and raised in Metro Detroit. My family always loved Ray's Ice Cream. When I was a young lass, I remember having a HUGE chocolate ice cream cone. Just as I was about to enjoy it, the extra-generous scoop of ice cream tumbled off the cone onto the floor. I cried -- it was tragic. I might even cry today if the same thing happened.

"But what did the staff do? They replaced it for FREE. And probably nearly 45 years later, I remember it.

"Keep going Ray's and Tom Stevens! You have more support than you know!" 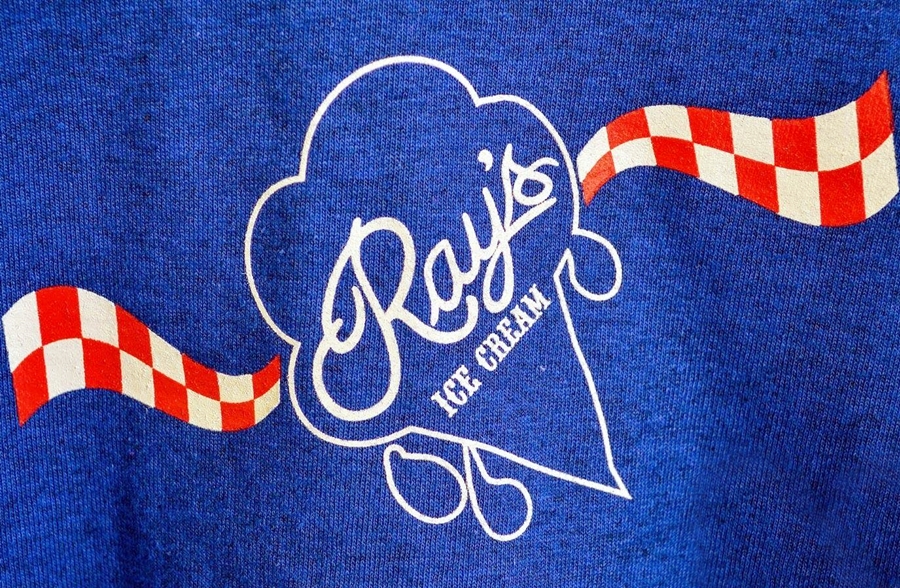 The community outpouring earned coverage by the Detroit Free Press, Fox 2 and WXYZ, whose Facebook link to its report draws over 170 comments and is shared more than 300 times. A heads-up at a Birmingham group on Facebook has 66 comments, including this: "Went in for a pint yesterday, came out with 6 -- and I am not sorry."

The retro-style ice creat parlor on Coolidge Highway between 13 and 14 Mile was opened by Ray Stevens, grandfather of the current owner. Its fund drive continues.