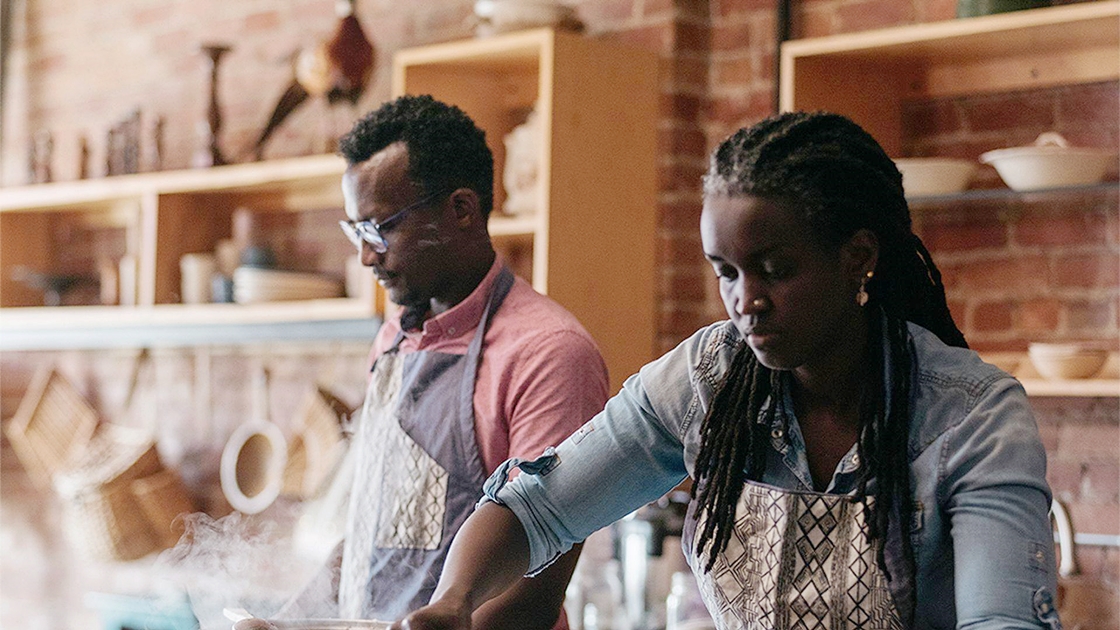 Hamissi Mamba, left, and Nadia Nijimbere have worked more than four years to "fill a gap as it relates to African fare and culture in the city." Nine photos below include menu items. (Photos: Facebook)

An African restaurant dream goes from vision to full tables for Nadia Nijimbere and Hamissi Mamba, who serve their first guests Saturday at the soft opening of Baobab Fare in Detroit.

Both dinner seatings are sold out, the immigrant entrepreneurs post Saturday morning. "Can't tell you how heartwarming this is," they say on Facebook. "We will have three more of these dinner events on Monday, Wednesday and Friday."

The vegetarian-friendly New Center restaurant at Woodward Avenue and East Grand Bouelvard has been planned since before 2017, when the married couple from Burundi won the $50,000 top prize in the Hatch Detroit contest for startups. They originally envisioned a West Village location, then switched in mid-2018 to a higher-traffic corner with help from the nonprofit Midtown Detroit, Inc. 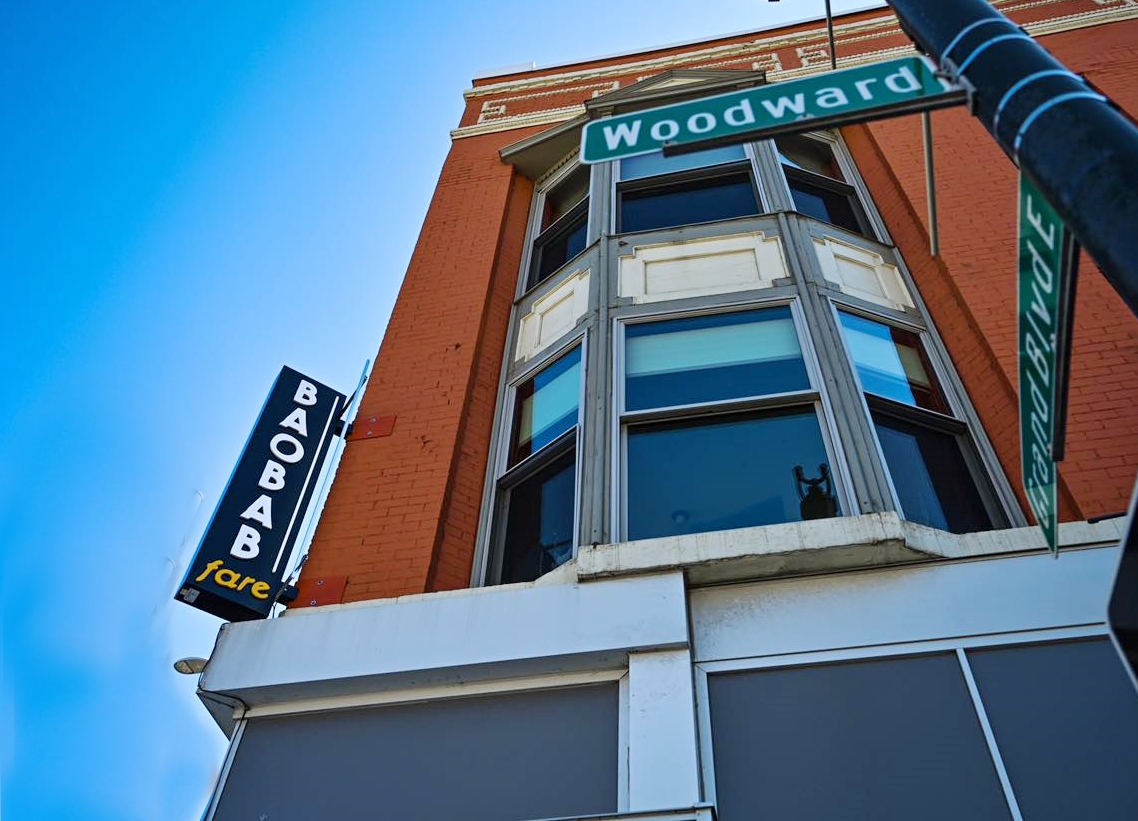 Baobab Fare has 65 seats in a former pharmacy redesigned by Rossetti, a Detroit architrectural firm, as part of Hatch business services support for winners. A small coffee bar with six bright yellow counter seats is part of the layout.

The fusion menu includes goat, chicken, beef, eggplant, tilapia, vegan stew, and a house-made passion fruit beverage. Bottles of that drink are for sale, as are a branded hot sauce, Mendazi pastry ("African donut with a hint of cardamom"), imported tea and roasted Burundi coffee beans.

Baobab, pronounced bow-bob, is a fruit tree in Africa, Australia and the Middle East. The restaurant with its name, which has a five-year lease, "will help to fill a gap as it relates to African fare and culture in the city," as Mamba puts it online.

"If Detroit wants to be a major international player in the world as a tourist attraction and livable destination, we need to have interesting and diverse options for all activities. Other big cities, for example, have all types of food. ... Detroit is going to be like that, it can be like that, as long as we make it happen. And, the first step for me is bringing an African restaurant to Detroit. That’s diversity." 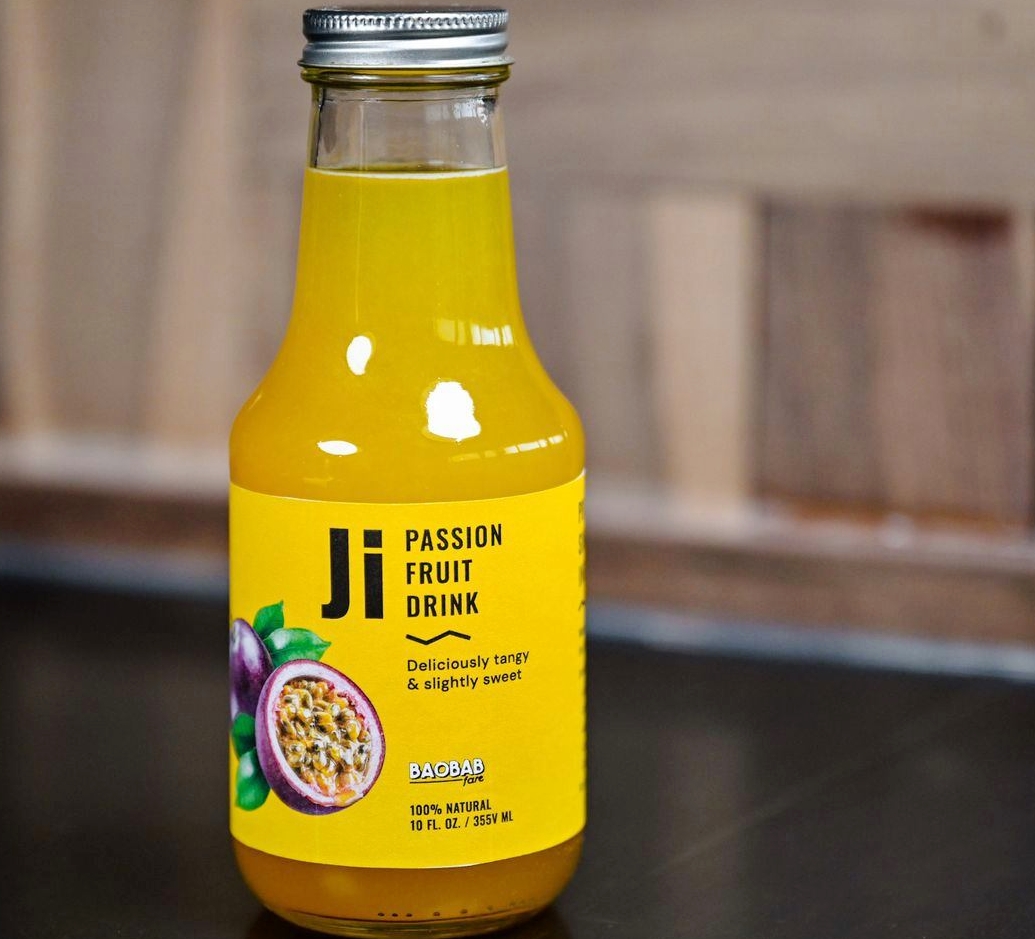 Prepaid reservations are available here for $60 a person at six more opening week dinners, limited to 20 people per seating at 4 and 7 p.m. Feb. 15, 17 and 19. Guests will be served four courses -- an appetizer of plantains and peanuts, Chapati with chicken and spinach or with beans and spinach, Rice Pilao with beef stew or eggplant, and Tamu (avocado pudding).

The owners expect to begin takeout meals Feb. 22 and open the dining room some week or month soon. "We're going to take things slowly to see what people like, what they don't like," Mamba tells Metro Times editor Lee DeVito.

The couple came to Detroit in 2013 (her) and 2015 (him) and were granted asylum in 2017 as refugees from ethnic persecution. They've done catering and dining pop-ups while developing the business.

The Grosse Pointe Park residents, parents of young twins, describe their venture as "a meeting place where all are welcomed and embraced. Baobab will help to fill a gap as it relates to African fare and culture in the city." Commitment to the city is shown on a wall at Baobab, as well as at the website and in social tags: "Detroit Ni Nyumbani (Detroit Is Home)." 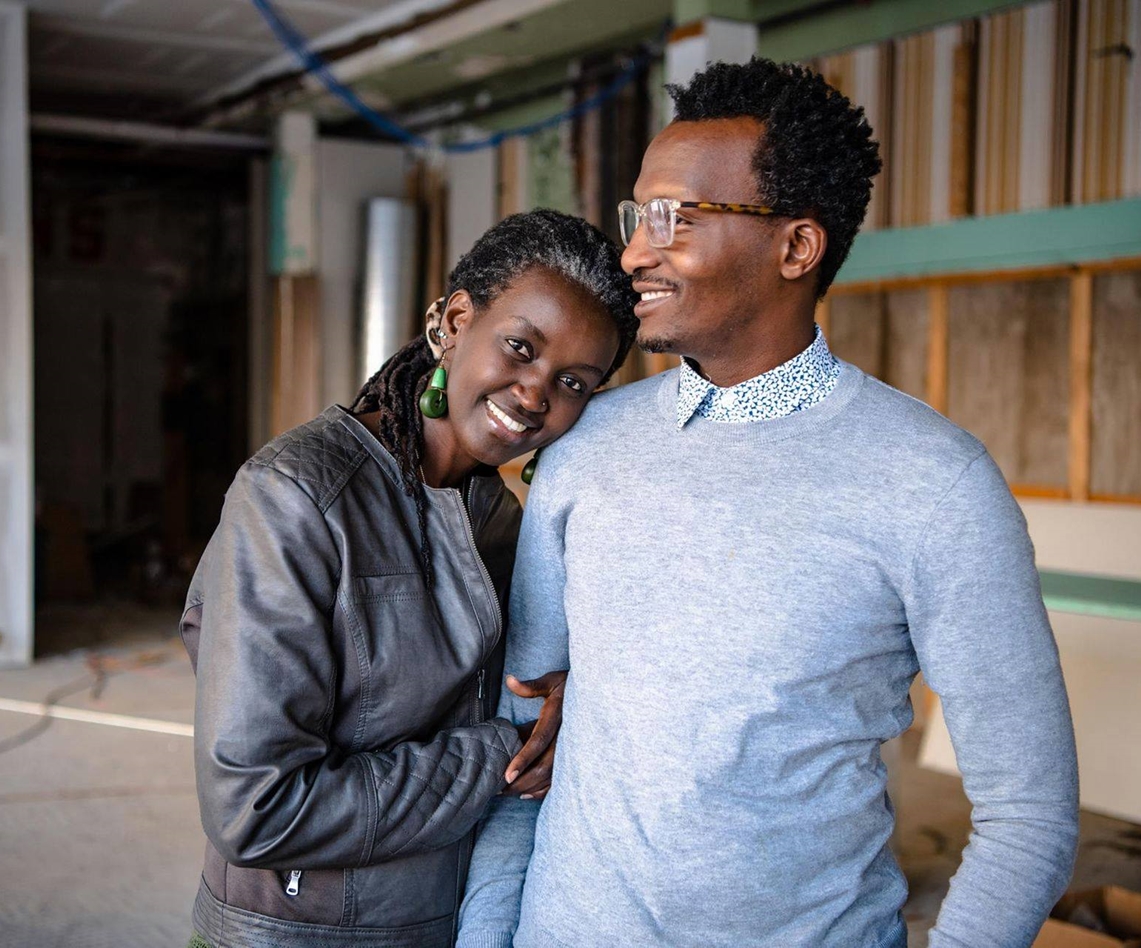 The owners, before renovations. 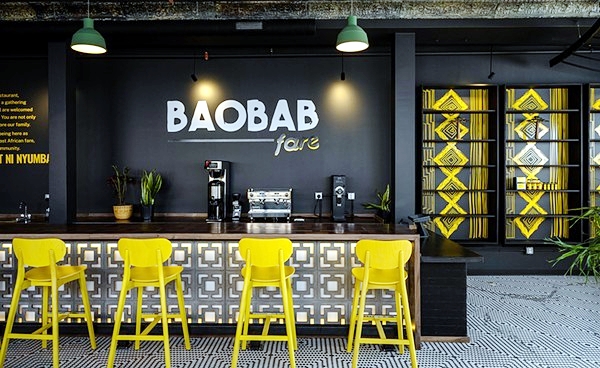 A coffee bar is alongside the 65-seat dining room. 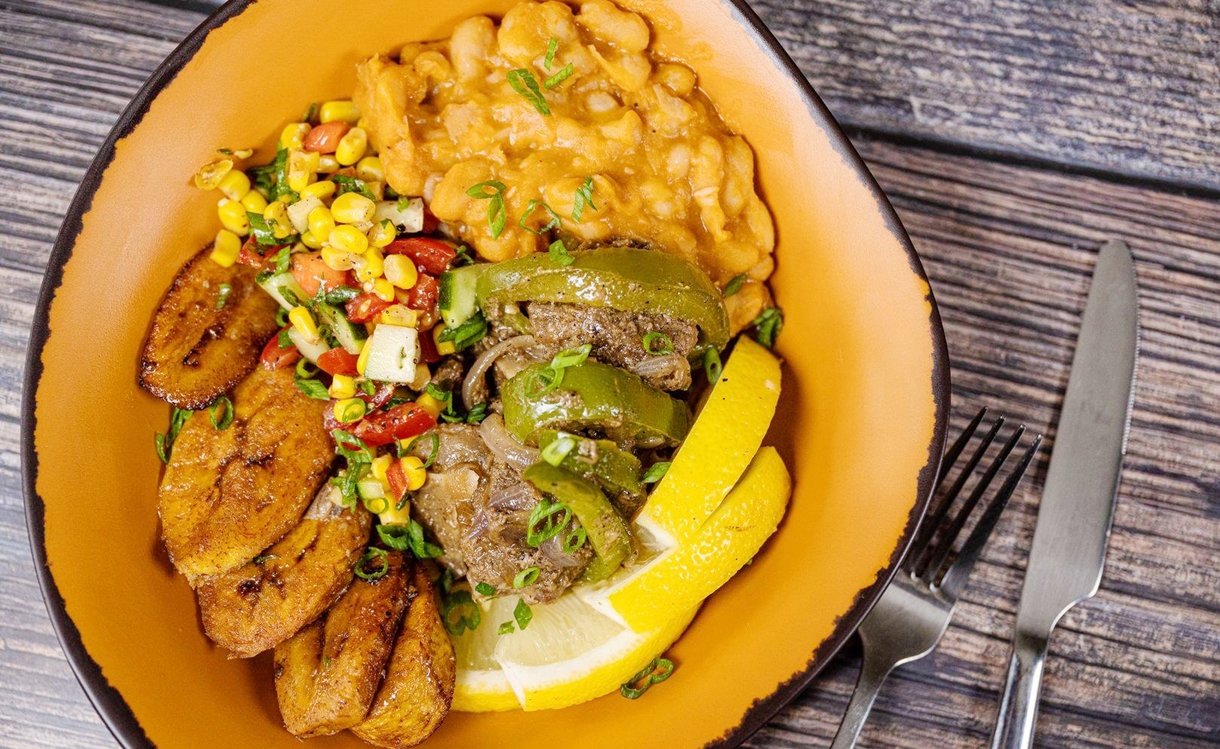 Mbuzi has goat, corn salad and fried plantains or rice. 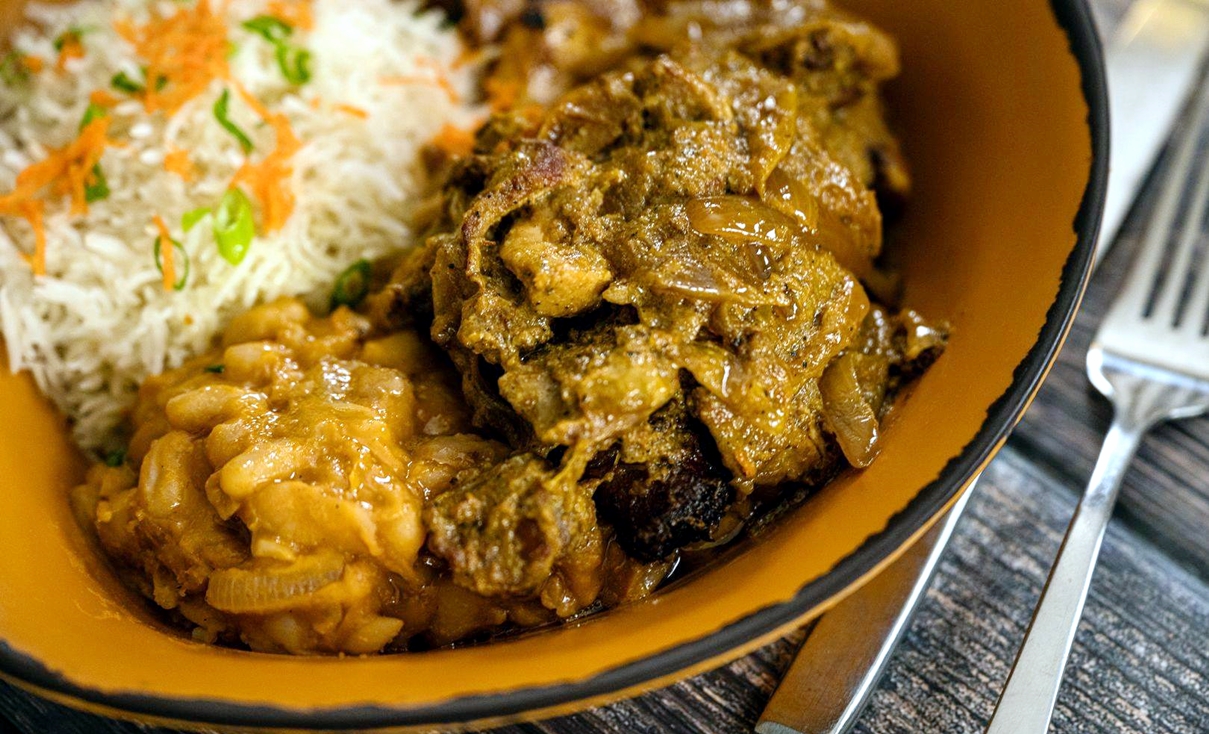 Kuku entree has a chicken thigh cooked in mustard sauce and onion, with coconut rice, yellow beans and plantains. 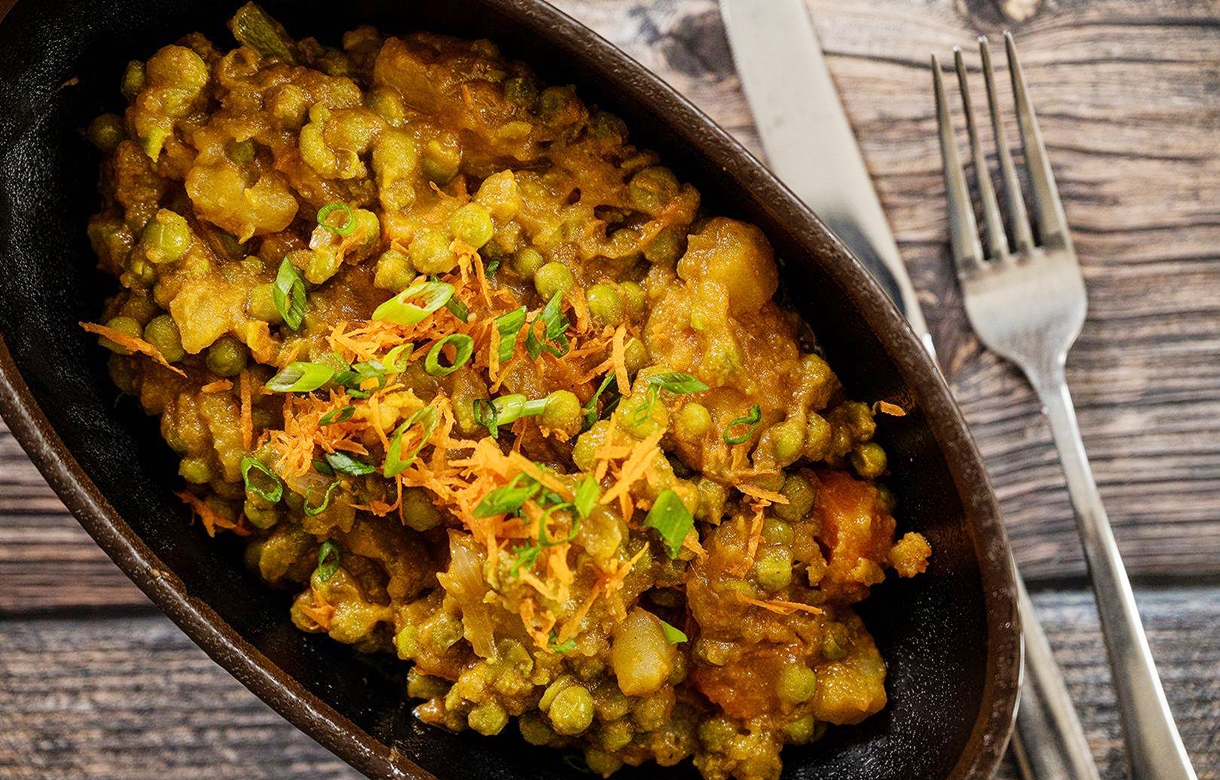 Petit Pois stew has peas and potatoes, garnished with shaved carrot and scallops. 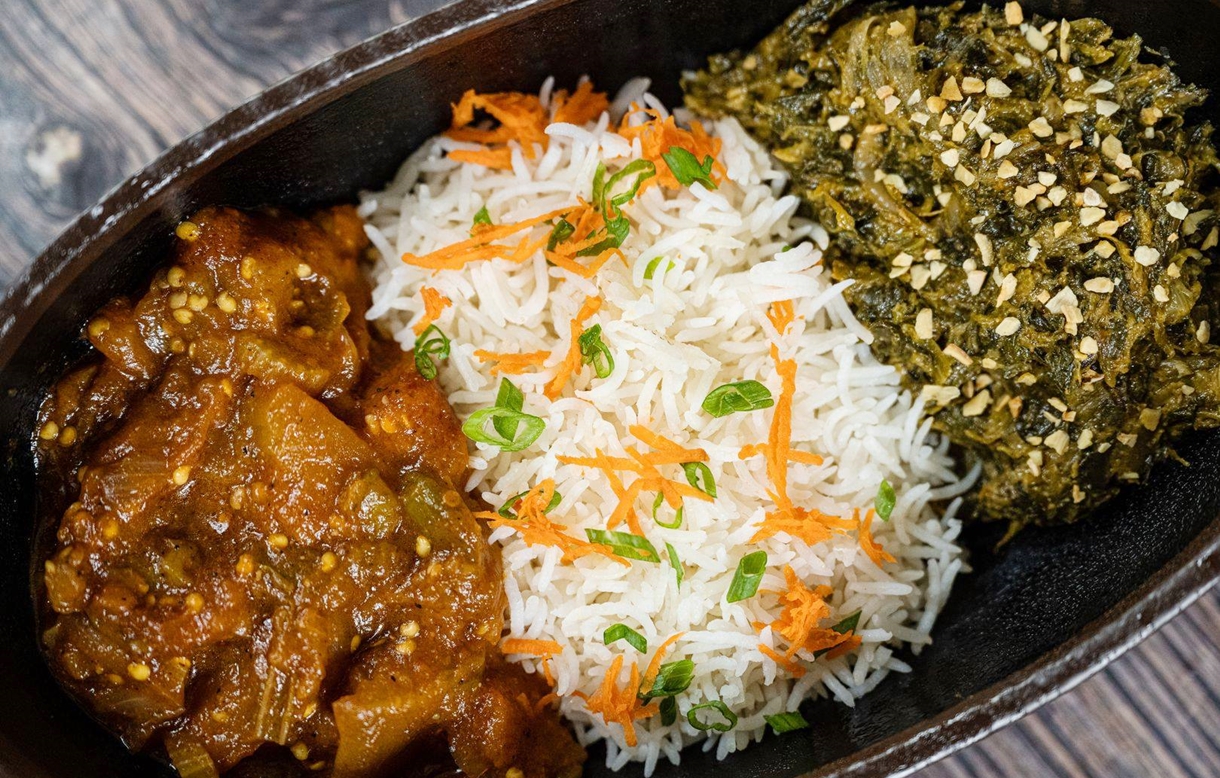 Vegan combination called Intore (a traditional dance) has eggplant stew, rice and . It includes Eggplant stew served with rice Pilao or Coconut rice and spinach with peanuts or beans.

Maracuya Ji, a tangy drink made from cane sugar and passion fruit, is "the tropical taste many of us grew up with throughout East Africa. We are sure you will love it as much as we love making it ourselves through a process as beautiful as the exotic fruit itself."

Beans from the owners' homeland are processed and packaged in partnership with Eastern Market's Germack Coffee Roasting Co.