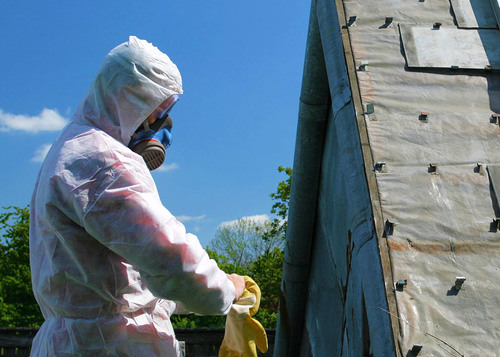 A suburban company that was once the largest asbestos abatement contractor working on Detroit demolitions is accused of issuing bribes and endangering city residents in newly announced charges from the state.

The Michigan Attorney General's Office alleges Kevin Woods, owner of BBEK Environmental in Warren, swindled the state out of $26,000 in project costs, flouted asbestos air monitoring rules and bribed a contractor to get work. Felony charges include four counts of false pretenses over $100,000, which carries a sentence of up to 20 years in prison.

The charges stem from a long-running demolition probe once spearheaded by the  U.S. Attorney’s Office for the Eastern District of Michigan. The demolitions used federal money that was disbursed by the state.

During that probe, it was discovered that Woods had inappropriately paid Aradondo Haskins to obtain contracts with Haskins’ former employer, Adamo Group, a large demolition contractor in southeast Michigan. Adamo Group performed demolition work for the Detroit Land Bank Authority and hired BBEK as subcontractor for asbestos abatement.

BBEK is accused of being frequently selected for abatement work by Adamo Group due to several bribes from Woods to Haskins. Haskins was charged federally for receiving bribes and rigging bids for another contractor and pleaded guilty to one count of conspiracy to commit bribery and honest services fraud and has since served a prison sentence.

Meanwhile, Detroit Ombudsman Bruce Simpson issued a report showing that four of seven companies that won bids to demolish homes have been disciplined by the city in the past 18 months for improprieties invovling the program, the Detroit News reports.

Simpson said another company, S.C. Environmental raised suspicions about being city-based when it registered its address this month from Lansing to Detroit.

"I cannot support this program as it's currently constructed," Simpson told the City Council Tuesday as council members debated whether to approve the contracts, according to the Detroit News. "They (Mayor Mike Duggan's administration) need to do a better job of holding these contractors accountable."

The council ended up rejecting 12 of the 23 demolition contracts.