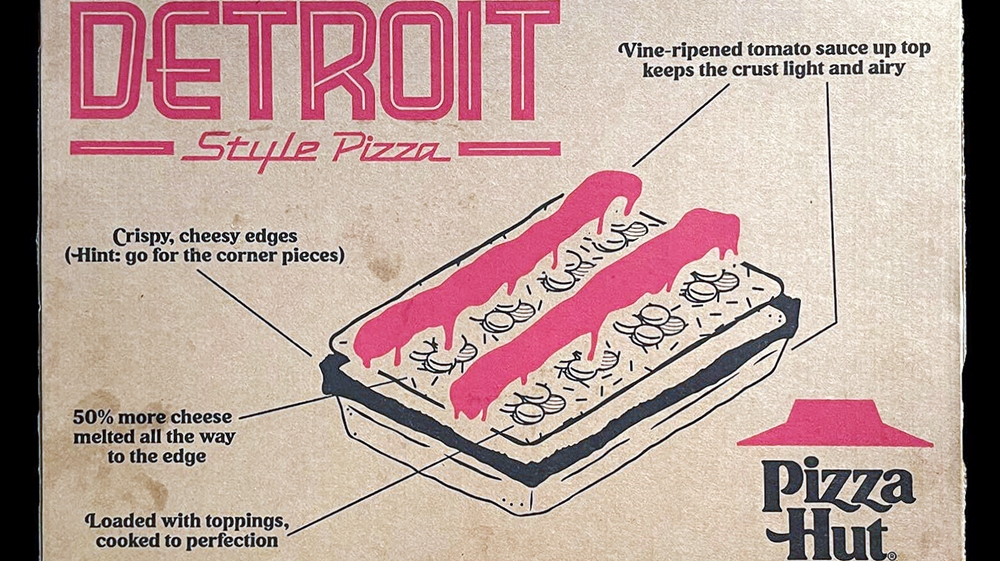 A fresh round of ridicule is aimed at what Pizza Hut calls Detroit style pizza.

A rival chain, Jet's, joins the fray. "What a sad-looking pie," a social manager tweets Thursday before responding to another critic:

We promise to not disappoint you like that pie from above

The outcry catches Pizza Hut's attention 16 hours after it began. "This isn't the quality we expect," the chain replies Thursday afternoon to Gonzalez. "Mind sending us a DM with your contact information and the address of the store you ordered from?"

Earlier, the 2021 national menu addition got a lukewarm review at The Washington Post. Food writer Emily Heil described it as "a pie to be enjoyed by people who don’t know better yet." A taster she recuited because of his local roots said: "Anyone who grew up in Detroit would probably be offended."

Gonzalez, an author and freelance journalist who has blogged about comfort food since 2008 as "The Burger Beast," sparks the new pile-on with this tweet and an identical Facebook post:

Pizza Hut’s new Detroit-style pizza is nowhere near being Detroit-style or even a passable pizza. #inbeastwetrust pic.twitter.com/WNfl6J0YPm

These are among reactions, starting locally:

Neil Walter of Nebraska can have the last words as he rises in Pizza Hut's defense, though not resoundingly: "It's fine. Not great, not awful, it's fine. And it definitely passes for pizza. Stop being a snob."