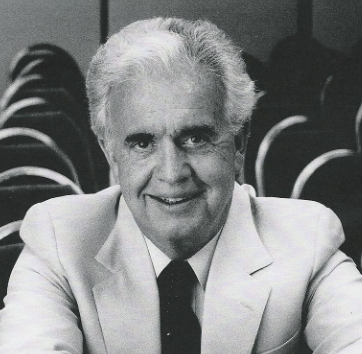 Frank Kelley, nicknamed "Eternal General" because of his 38-year service

Frank Kelley, the state’s longest-serving attorney general, has died at 96. His family announced his passing Saturday, according to The Detroit News.

The savvy, humorous Democrat, who sported a shock of white hair and a politician's million-dollar smile, was a big advocate of consumer protection and environmental issues. He was attorney general from 1961-99 under five governors. He was also the longest serving attorney general in the country, earning him the nickname "Eternal General."

His children, Karen Kelley, Frank E. Kelley and Jane Kelley-Schott, issued a statement, according to the News: "He was a great dad and husband, who had a great sense of humor. He was a loyal friend and mentor to many, he considered public service as an honor.  He loved the law and his loyalty to the people of Michigan was unwavering."

Daniel Loepp, CEO and president of Blue Cross-Blue Shield of Michigan, who was a press secretary for Kelley in the 1980s, issued a statement:

“I am deeply saddened to hear of the passing of my friend and mentor Mr. Frank Kelley. He is one of the remarkable people of our time. As the longest serving state attorney general in U.S. history, he earned the distinction of being called the people’s lawyer. Frank Kelley made a better life for the people of Michigan and set an amazing example for those who worked for him, with him or were inspired by him. I was fortunate to be one of the many people who worked for Mr. Kelley and was deeply impacted by him from the first day. Our condolences go out to the entire Kelley family.”

The state's current attorney general, Dana Nessel, salutes him as "one of a kind."

"He will be deeply missed, but his legacy will continue to live on. More on my thoughts about Frank J. Kelley, the 'Eternal General' soon."

The governor pays tribute too:

Frank J. Kelley was one of my absolute favorite people from whom to get advice, perspective, or humor. He was a never-ending fount of wisdom and fun. He is already missed, but his mark on Michigan lives on.

Frank Kelley was a remarkable man and led a remarkable life. He established the standard of conduct for Michigan Attorneys General. Great sense of humor and a wonderful public servant. A legend in Michigan. He understood bi-partisan politics. We all will miss him.

And a former U.S. attorney in Detroit reacted from Ann Arbor:

Frank Kelley was a tireless and generous leader who understood that elective office is a public trust. He gave me the good advice about the importance of holding public officials accountable to the people they serve to protect our government institutions. https://t.co/EA3WqIVc7o

Rick let my family use the residence on the island around the 4th of July most years. A happy accident is that Frank Kelley often stayed at the Major’s or the Captain’s quarters around that same time. Sitting on the back porch, overlooking town & talking w/Frank was a treasure. https://t.co/bbYjyzM599