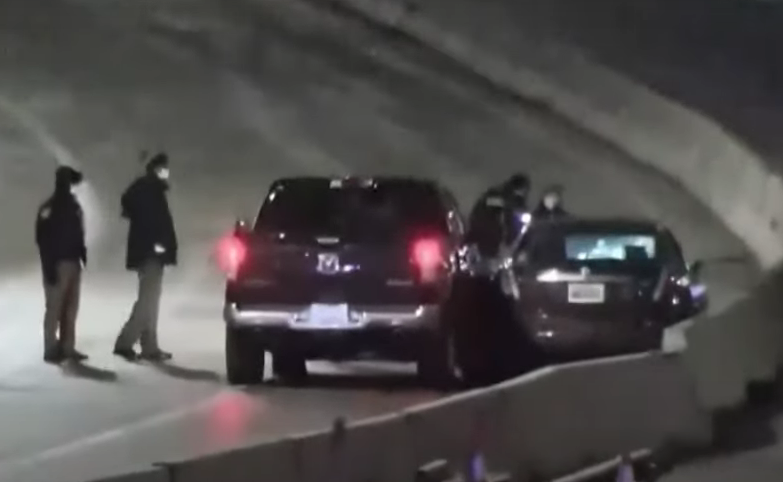 Detroit Police Officer Jacquline Jones, 24,  had been out of the academy for a month when her ex-boyfriend tried killing her last Christmas Eve. He shot at her and tried running her off the road in Southwest Detroit near Springwells and Olivet.

The off-duty officer fired 17 shots and killed him. He was a 34-year-old Detroit firefighter.

Shot in the arm and trapped in her Lincoln, the rookie squeezed the trigger until the magazine was empty.

It wasn't until two hours later at the hospital that she learned her attacker was the father of her child — a local hockey figure she had left 10 months earlier following his arrest on charges that he beat and raped her, and held her at gunpoint.

This is the story behind the Dec. 24 shootout on Interstate 75 in southwest Detroit, where Officer Jacquline Jones fought for her life after her ex-boyfriend rammed her off a service drive and over an embankment, sent her airborne onto a highway, and then pinned her against a cement construction wall and blasted six shots through her windshield. He also had handcuffs, a window breaker and a rope.