Fear not, Detroiters -- the city won't throw away your shot. 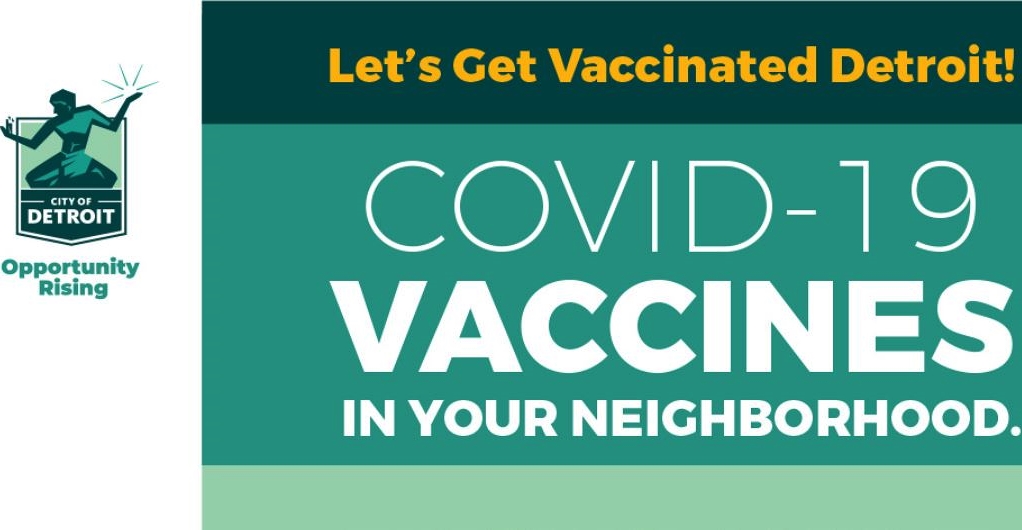 "The city has a sufficient supply of Moderna and Pfizer to vaccinate everyone who had an appointment scheduled this week at the Northwest Activity Center or the neighborhood clinics for a J&J shot," chief public health officer Denise Fair says in response to national news. She adds in a Tuesday morning release:

Based on the recommendation from the CDC and FDA, the Detroit Health Department is halting the use of the Johnson & Johnson vaccine until further notice. ...

If you were scheduled for a J&J shot and want to keep your same appointment, you will be given the Moderna or Pfizer vaccine. You will receive an appointment for your second dose three to four weeks later.

Appointments at the TCF Center and Saturday community centers are unaffected by this announcement. They have always been Pfizer/Moderna.

Detroit planned to administer free single-dose J&J vaccines against Covid to residents through Friday at pop-up sites in each council district by appointment from 8 a.m. to 5 p.m. (Locations and phone number are below). The brand is switched because J&J's may be linked to a few extremely rare reactions. That vaccine has been given to 6.8 million Americans and only six developed problems -- a minuscule percentage (0.00008%).

Pfizer and Moderna shots aren't linked to side effects beyond sore arms and sometimes mild reactions to the second dose.

From Lansing, Gov. Gretchen Whitmer tells WXYZ: "It's an unfortunate development. ... We’re going to put safety first and follow the FDA and the CDC guidance. If this tool is not in our toolbox we’re going to need more help on the other fronts."

► Livonia impact: Appointments scheduled for Wednesday remain on, with the Pfizer vaccine being administered by Livonia Fire & Rescue. Appointments this Friday are canceled due to supply shortages created by the Johnson & Johnson vaccine pause.

Detroit officials are trying a new way to boost the city's Covid vaccination rate far above its embarrassingly low level of 23% among residents 16 and older. 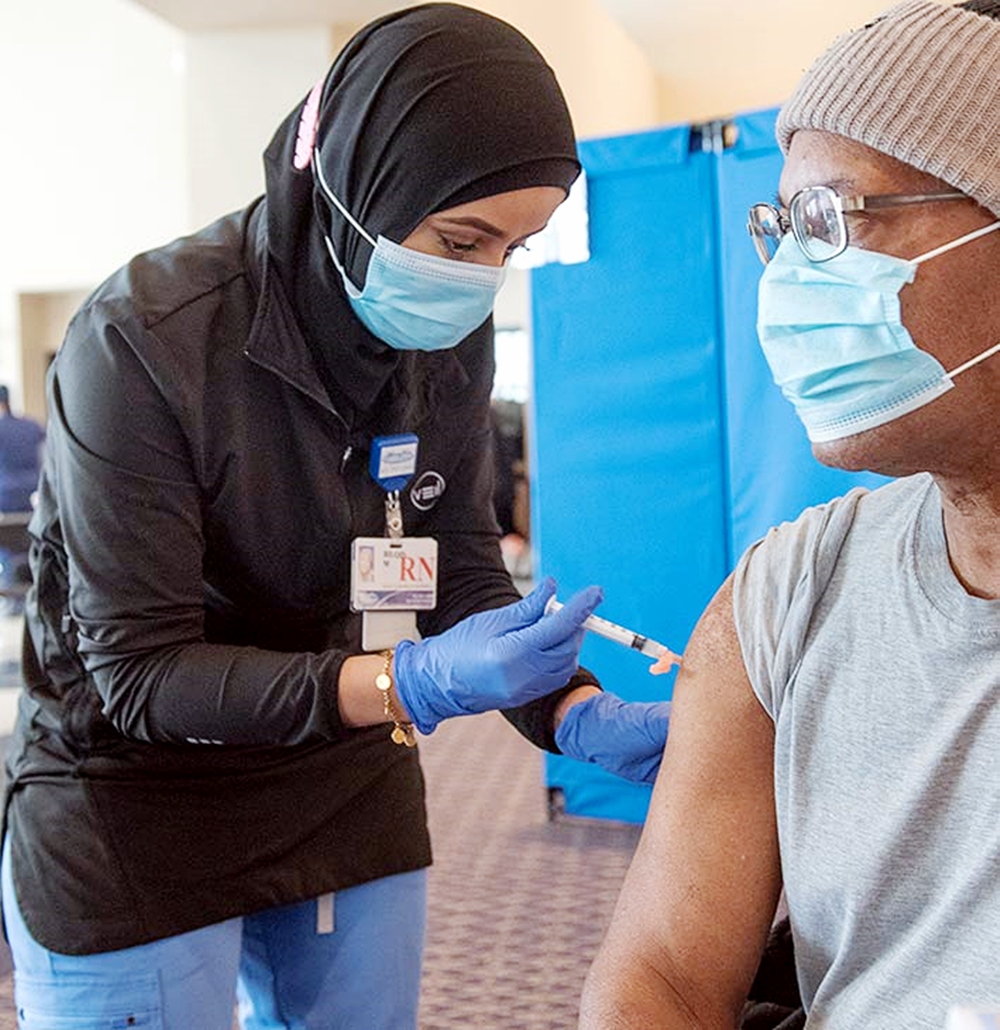 Mayor Mike Duggan's team calls this "Neighborhood Vaccine Week" as one-day clinics open by appointment for nine hours daily through Friday at eight spots citywide. (See list below.) The idea is "to provide Detroiters with the opportunity to get vaccinated in a convenient and familiar location close to home," an announcement says.

The goal of the effort is to reach more Detroit residents, who are still behind other areas of the region and state in terms of vaccination rates, in their own neighborhoods. The sites will be operated in partnership with the Detroit Public Schools Community District and the Islamic Center of Detroit.

Statewide, about 40% of eligible adults and teens have at least one shot. Regionally, the rates are 36% to 44% in Macomb, outer Wayne County and Oakland, the city's vaccine dashboard shows.

Moreover, employers able to assemble at least 100 people during a day can call (844) 333-8249 to arrange Detroit Health Department vaccinations on site.

Detroiters also have access to Ford Field's federally sponsored vaccine site, where up to 6,000 doses are given daily. Register for an appointment here or by texting EndCovid to 75049 or by calling (888) 535-6136 (press 1).

"The only way that we're going to beat Covid-19 is to significantly expand our vaccination efforts," says Denise Fair, the city's chief health officer. "This is the only city in the entire country where it is so easy to get a vaccine."

Doorstep pitches are next, according to The Detroit News:

The city is gearing up to recruit nonprofit groups to knock on doors across the city to encourage residents to get vaccinated for Covid-19.

Detroit's City Council on Tuesday unanimously approved a $1.2-million contract to hire Detroit Employment Solutions Corp. to coordinate the effort that officials anticipate will get underway by the end of April.

"We're going to knock on every residential door in the city, making sure every Detroiter knows how to make an appointment," said Vicky Kovari, an executive assistant to Detroit Mayor Mike Duggan, who headed the city's 2020 Census outreach campaign.

The initiative is expected to employ 50 to 55 people.

Separately, the state Health Department offers shots at 14 mobile clinics in Detroit and Hamtramck from April 14-22 between 9 a.m. and 3 p.m. WDIV posts a list of each one-day site.

As Ramadan begins Tuesday, Islamic Center of Detroit Executive Director Sufian Nabhan says: "Getting vaccinated while fasting is acceptable and should be done to keep you and your family safe." 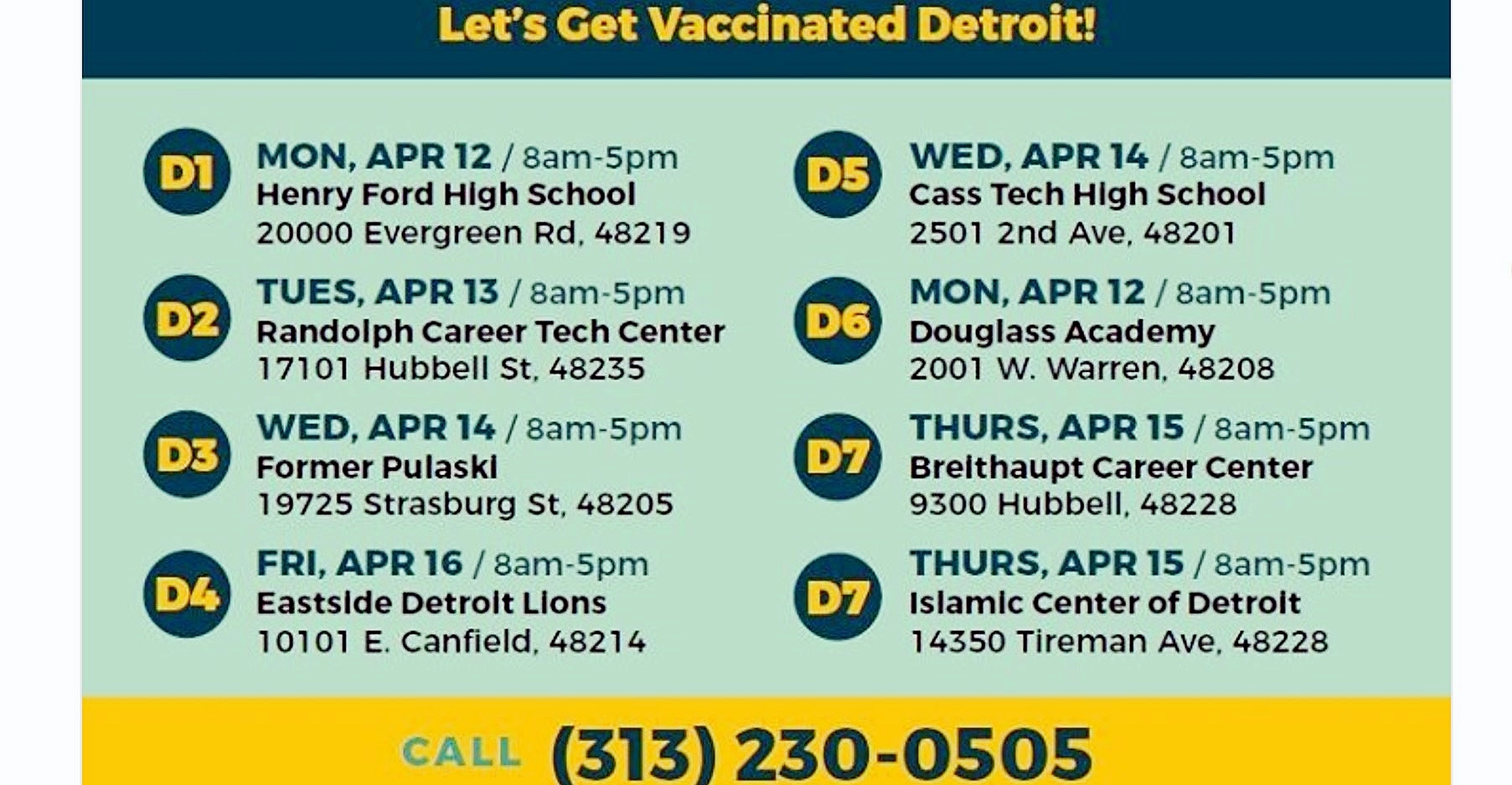