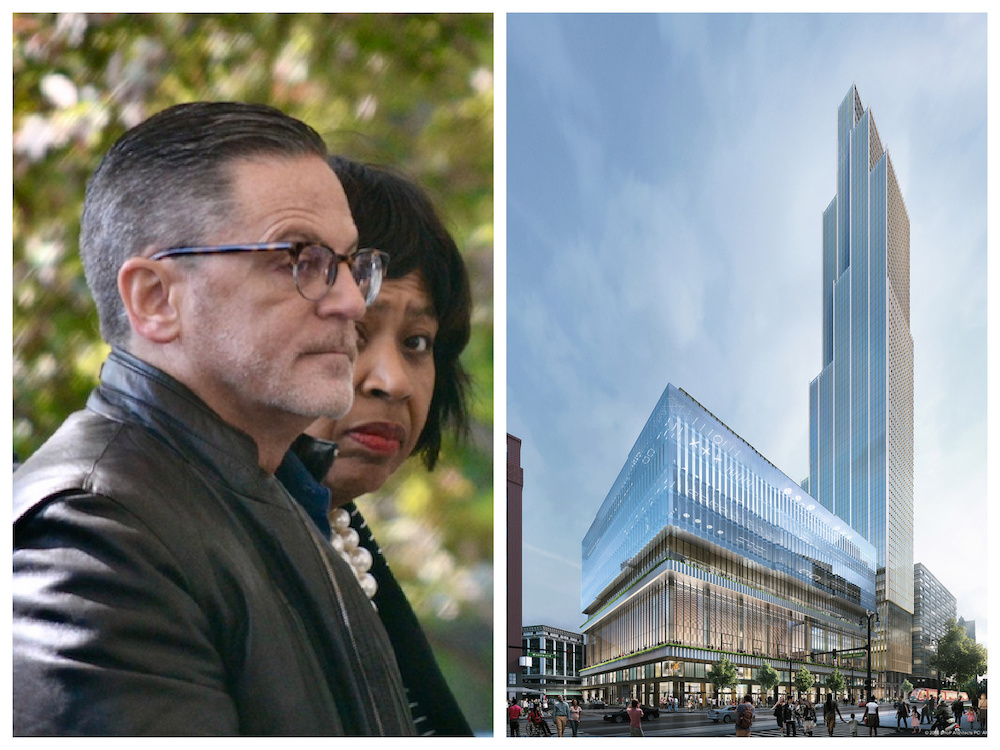 Dan Gilbert and a rendering of Hudson's project.

If you believed the local forecasters who make their bread parroting what the downtown business interests tell them, you're now standing with your pants around your ankles staring up at a flight of stairs to nowhere.

Those forecasters assured us that Gilbert's cashing-in on his privately owned, Detroit-based companies should not be seen as an ominous cloud on the horizon.

No...no...they wrote, Downtown Dan wasn't cashing-out while the getting was good and interest rates were at historic lows.

Apparantely, “someone” had whispered in their ears that Gilbert was actually planning to plow those freshly minted billions into those mammoth half-built development projects he's started downtown. (I wonder if Gilbert and his brain trust paid Detroit city income taxes on their IPO windfall?)

We were encouraged by these forecasters to get in on the gold rush and buy the RKT stock that pays “irregular dividends.”

We were told – in the middle of the pandemic no less – that Detroit was actually going to boom again.

As if proof were needed, we were reminded several times about that magnificent skyscraper that Gilbert is building on the old Hudson's site.

Now comes the reality. RKT cratered on Wednesday, falling to $16.68 per share, more than 7% below its initial $18 per share offering price last August. Granted, the drop may only be temporary and some investment advisors still see it as a good buy.

Still, rising interest rates and surging inflation don't always bode well for the stock price of a mortgage giant. And neither does this: Yahoo! Finance on Wednesday posted an Accesswire press release stating that Labaton Sucharow, a shareholder rights firm, is investigating potential securities violations and breach of fiduciary duty claims against Rocket Companies. 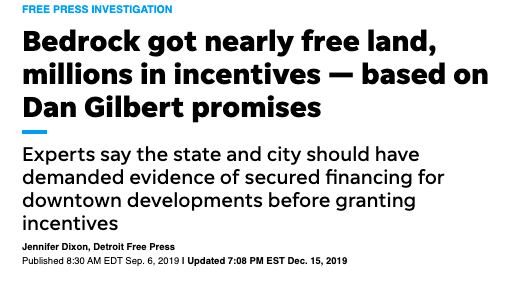 With that in mind, remember, we gave Gilbert more than $600 million in cash and prizes to build that skyscraper on the empty promise that he had secured financing and anchor tenants.

Turns out he did not.

We gave him the entire city block for $1. We got years of headlines and water color renderings. It was going to be a 912 foot tower with an adjoining 23-story block with an anchor hotel, office and performing space, and blah...blah...blah.

So where is it? The stairs for the block are built, jutting into the sky like a magnificent chicken bone. But that's it. With Gilbert losing millions in market cap on his stock, no clear anchor tenant or financing in place, and some companies no longer looking for high-priced, Class A office space, what can we expect of this skyscraper? Do we really need it?

According to a building permit filed with the Federal Aviation Administration, the “block” portion has been downsized to a measly 11 stories, and no “notice of construction” has been filed for the tower section.

Media reports have the redesigned tower now standing somewhere around 680 feet. But there seems to be no design anywhere, no blueprints on file with the city, nothing hanging in the offices of the construction firm. And no one in the city seems to know what's going on.

Will Gilbert plow more of his own money into the project knowing that demand for office space has greatly diminished in the post-pandemic work world? With inflation at a 13-year high? With the popularity of Zoom meetings? With more people working from home than ever before?

It's time to level with the public. Are we going to have an architectural marvel downtown, or a combination gas station/liquor store and a killer set of stairs to nowhere?