The Michgan governor's three-day March trip to Florida on a corporate jet is a touchy topic that remains sensitive.

In response to continuing questions about financing for the initially undisclosed flight, Gretchen Whitmer's chief of staff says in a Friday afternoon statement that the governor personally paid $855 for her seat to and from West Palm Beach on March 12 and March 15. JoAnne Huls, the senior aide, says a nonprofit paid $27,000 to businessmen who own the Gulfstream G280, according to Zach Gorchow, executive editor and publisher of Gongwer Michigan newsletter.

The news was broken by Michigan Information and Research Service (MIRS), a subscription newsletter that first disclosed the trip April 19.

Craig Mauger of The Detroit News identifies Michigan Transition 2019 as the Lansing group recently covering $27,521 of the transportation cost, as documented in a May expense report filed after her travel stirred controversy. The group of Democratic backers was "formed in November 2018 to help fund Whitmer's inauguration," he reports.

It's unclear how a nonprofit that falls under strict federal rules prohibiting the use of funds for personal expenses qualified to fund the travel.

"Due to ongoing security and public health concerns, we made a decision to use a chartered flight for this trip," Huls wrote in today's statement. "The governor's flight was not a gift, not paid for at taxpayer expense and was done in compliance with the law."

That the governor's office let this story drag on for more than a month has baffled even many of her allies.

The misstep seems surprising because Whitmer and Huls were thought to have savvier political instincts. The governor was a legislator for 14 years (2001-15) and her top staffer was deputy chief of staff in past Gov. Jennifer Granholm's administration from 2004-11. 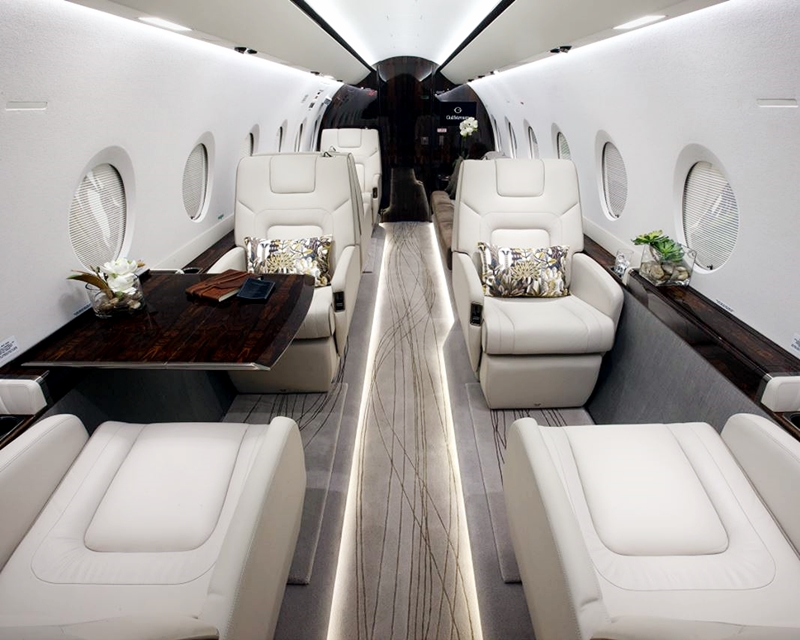 This nine-seat Gulfstream G280 isn't how we travel either. (Photo: Clay Lacy Aviation)

Those businessmen have major dealings in and with the state of Michigan.

"We wondered why she reached out to us instead of booking a private charter," said one of the plane's owners, who exchanged his candor for confidentiality. "You can't tell a governor no. Who needs that kind of trouble?"

A day later, Mauger of The News named the benefactors: The Nicholson family of PVS Chemicals, the Moroun family of the trucking company Central Transport and the Cotton family, which formerly ran Meridian Health. The jet is flown and maintained by Air Eagle, a Detroit corporate aviation firm.

Republicans in Lansing and beyond pounced immediately, decrying what a Republican Governors Association spokesman called "Gretchen Whitmer’s hypocrisy." That representative added: "While telling Michiganders not to travel, Whitmer flew down to Florida and proved once again that the rules to her or her family don’t apply."