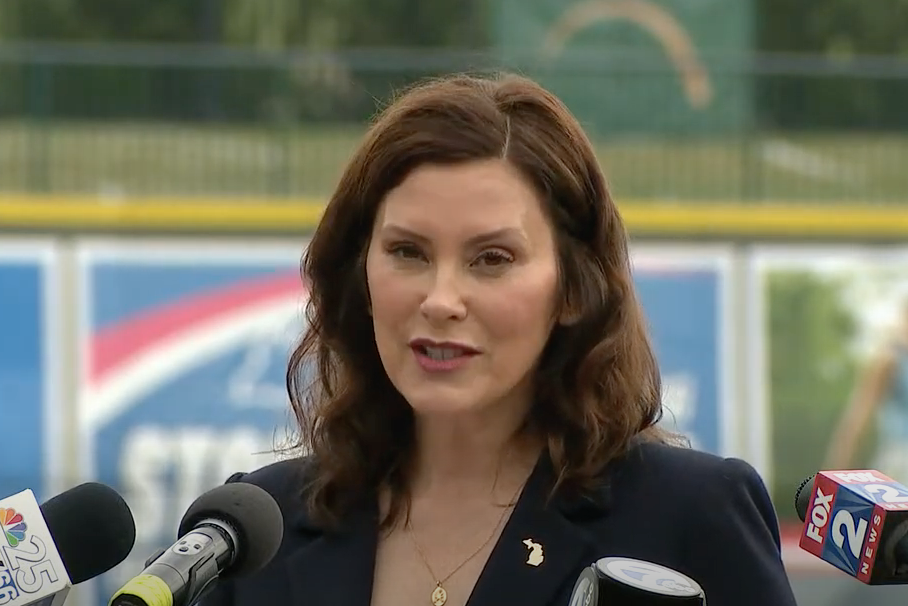 Not ready for prime time on comedy stage.

Based on new Covid guidelines from the Centers for Disease Control, Gov. Gretchen Whitmer on Thursday announced a new timetable for lifting restrictions in the state.

The changes are part of her "Vacc to Normal" campaign, the "vacc" being a play on the word "vaccine."

Trying to have a little fun with that, she attempted a joke at her Midland news conference:

"When the CDC came out with new mask guidance, we had to go 'Vacc' to the drawing board" (with heavy emphasis on that first word).

Realizing she had bombed, the governor remarked: "Come on, that's kind of funny. You're not paying attention."

After the press conference, as the live video feed rolled on, one media member is overheard saying something like: "I didn't realize it was a joke." Then someone says: "I laughed that no one responded to it."