HGTV home rehabber Nicole Curtis has won a dispute over a dilapidated house the Detroit Land Bank Authority tried to repossess even as it repeatedly claimed its foremost goal is to ensure properties are restored to productive use. 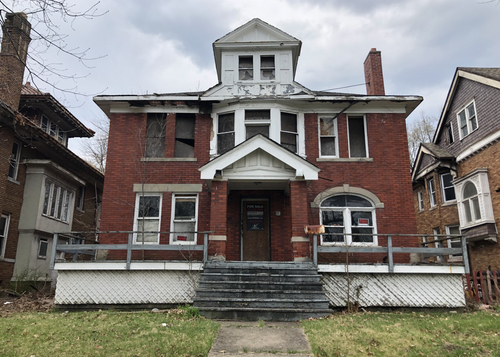 A judge sided with Curtis, whose business bought the 2,600-square-foot house in Islandview for $17,000 in 2017, The Detroit News reports.

Wayne Circuit Court Chief Judge Timothy Kenny noted in a ruling issued Thursday that the land bank was awarded the house in a nuisance abatement proceeding in 2016, yet it didn't record the title for more than a year after Curtis' renovation firm recorded its deed.

Kenny also concluded that the house "poses a nuisance and a danger to the health, safety and welfare of the community," and ordered Curtis' company to abate it by completing its renovation work.

Curtis said she already sank $60,000 into the structure and plans to spend up to half a million restoring it.

Derringer: In Nicole Curtis Vs. the Detroit Land Bank, Who to Root For? The House