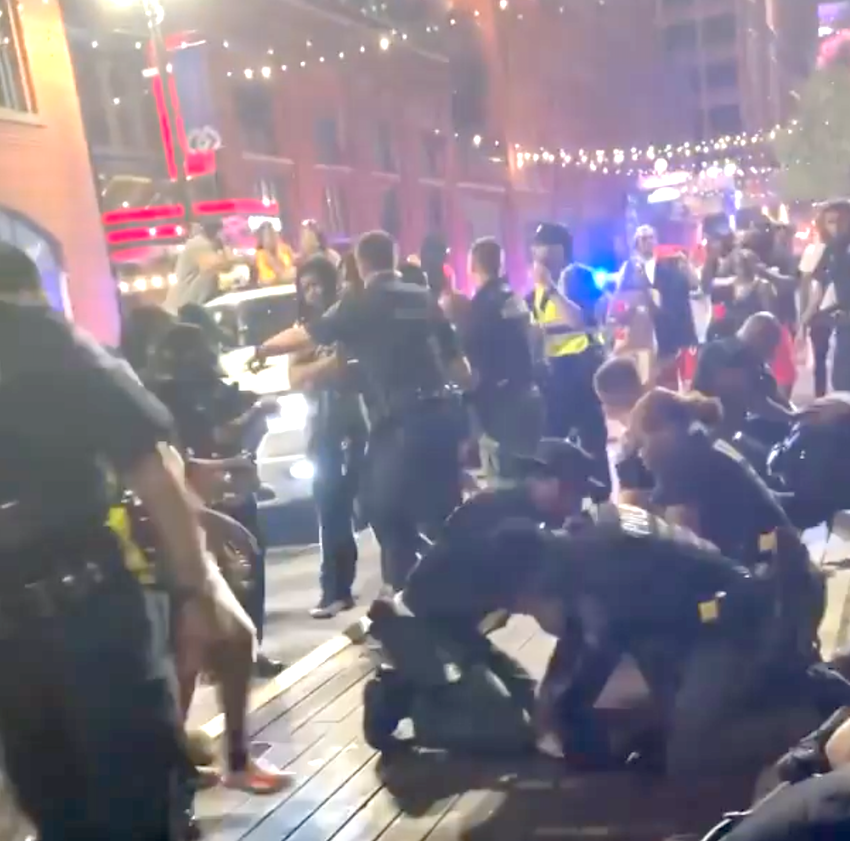 Multiple people were arrested and officers were injured Saturday night around midnight when a brawl broke out on Monroe and Beaubien in Detroit's Greektown.

"Crime News in the D" posted an Instagram video (below) of the fighting.

"Preliminarily, in this early stage of investigation, officers were attempting to break up an ongoing physical altercation that was escalating between separate large groups of citizens, who then began to assault the officers," police say in a press release late Sunday afternoon. "At this time, the DPD can only confirm that individuals from that group were taken into custody and that members of the DPD were injured during the altercation."

Greektown, once regarded as the main entertainment district in Detroit, has been the scene of shootings and fights in the past, and an ongoing problem for police.

"The DPD has been stepping up its presence in the downtown area to help curb illegal activity and nuisance conduct that appears to be driving many of the recent incidents," police said. "Thirteen firearms were confiscated last night as a part of this effort. The DPD will be meeting with business owners ensuring that they are complying with noise, capacity, and other operational requirements."