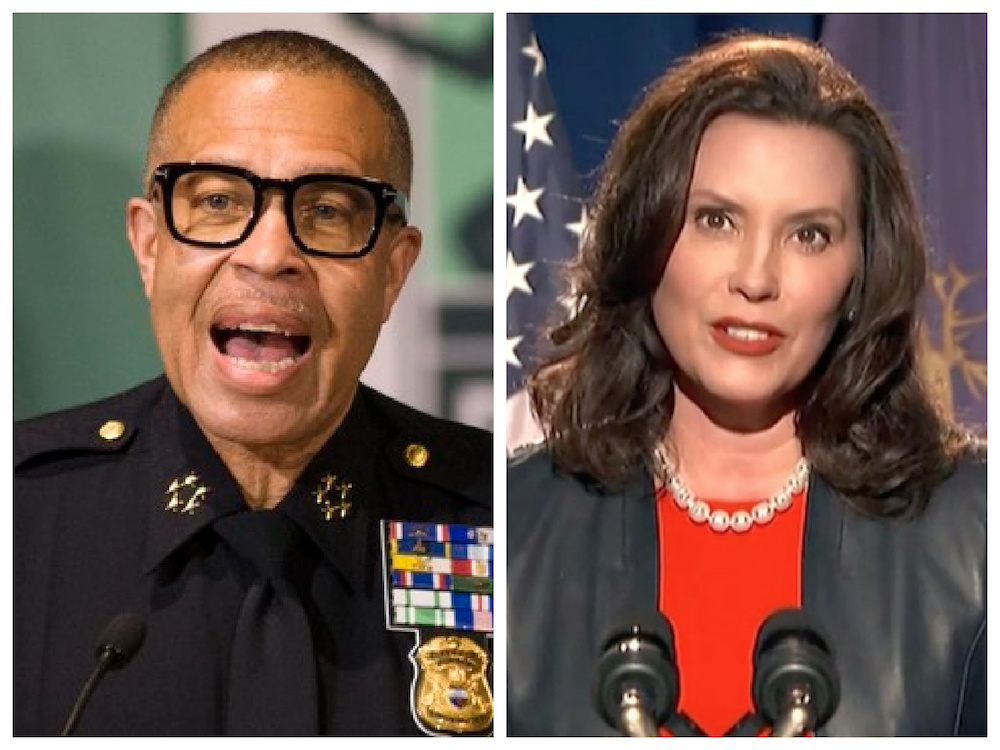 In that same poll, Detroit businessman John James trails Whitmer in a hypothetical match up -- 50 percent to 45 percent.

The poll, commissioned by the Michigan GOP and conducted by Competitive Edge Research and Communication Inc. has a 4-percentage-point error margin. It was compiled from May 26 through June 4 with replies from 809 likely voters.

Craig, who retired June 1 from the Detroit Police Department, is expected to make a run on the Republican ticket against Whitmer, who was elected in 2018. He has yet to formerly announce his bid, though he did announce at his press conference that he has quietly been a Republican for many years.

While the CERC poll should be taken with a grain a salt considering it was commissioned by the state Republicans, it does track with polling data released Monday by the Detroit Regional Chamber.

That poll by the Glengariff Group showed that Whitmer's job approval continues to fall --  a full 8 percent since February, after a spate of blunders including Whitmer's plane trip to Florida; her night on the town at an East Lansing pizza parlor, and new and serious questions about Michigan's official nursing home death count.

More telling, when asked in the Glengariff poll if every voter should have to present a state-issued ID card in order to cast their ballot, 80 percent said they supported the Republican-backed measure while 16 percent opposed it.

The CERC poll was less emphatic however, with 65 percent of voters supporting the ID legislation with 15 percent opposed.

The election is 17 months away, and Whitmer still holds a 50-percent job approval rating.