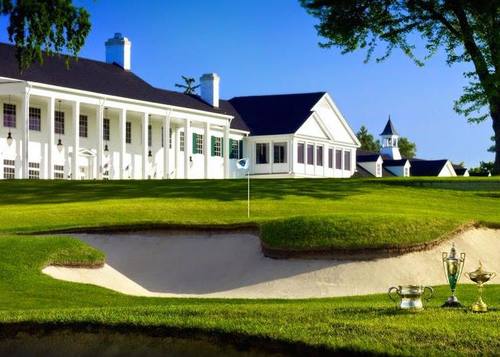 The Detroit News brings us a real tear-jerker today about a former member of The Oakland Hills Country Club who "regularly sipped martinis at the club bar and ordered up bottles of pricey wine," then allegedly stole nearly $700,000 from a club organization that pays for caddies to go to college.

Craig A. Maass, who ran his father's pump distributing and servicing company until it was sold in 2017, tells The News he was so "out of control" doesn't even recall what he spent the money on. Authorities say it likely went to "supporting a lifestyle he could no longer afford, including gambling at a Detroit casino and trips to Vegas."

The Bloomfield Hills club pressed charges, despite the 62-year-old's hope that, given his nearly lifelong affiliation, he could just pay back what he owed. A trial on six counts of embezzlement is scheduled to start Thursday, and Maass faces up to 20 years in prison if convicted.

Investigators said Maass, who socialized at Oakland Hills with such frequency he fondly referred to it as his "second home," was known as a jovial, presumably successful member. The club has about 550 members, at least some of whom pay a $72,000 initiation fee, $8,400-plus per year in fees and dues, and have food and beverage minimum charges of up to another $1,000 per year, according to membership documents.

Authorities said fiduciaries of the Oakland Hills Caddy Scholarship Trust discovered the irregularities while preparing forms for the Internal Revenue Service. The trust raises money by soliciting donations from members of the Bloomfield Township club and has awarded more than $1 million over 40 years to caddies to help cover their education.

Maass attributes his "downward spiral" to alcoholism and the failure of his consulting work after his father's business, which Maass had been running, was sold. Maass was former president of American Controls Inc., a pump distributing and servicing company, which was purchased by Anderson Process in October 2017.

His despair has deepened, he said, over the Covid-related deaths of his mother and a best friend.

"My wife left me, I have two adult daughters who won't talk to me," Maass said. "I'm sorry for what I've put them all through."

But he believes his costly misdeed did little harm:

"No caddie was ever deprived of a scholarship," Maass insisted. "The account was always well-funded, and they were insured for any losses."