They're participants in the first BLKOUT Walls Murals Festival, a seven-day event that starts Saturday in the city's North End neighborhood and part of the nearby New Center area.

Organizers and sponsors hope to plant "the seed of an arts-based economic development, or creative economy, within the North End community," a description says. "The quality and number of murals would be a powerful magnet to draw visitors to that area during the festival and give them a reason to return." 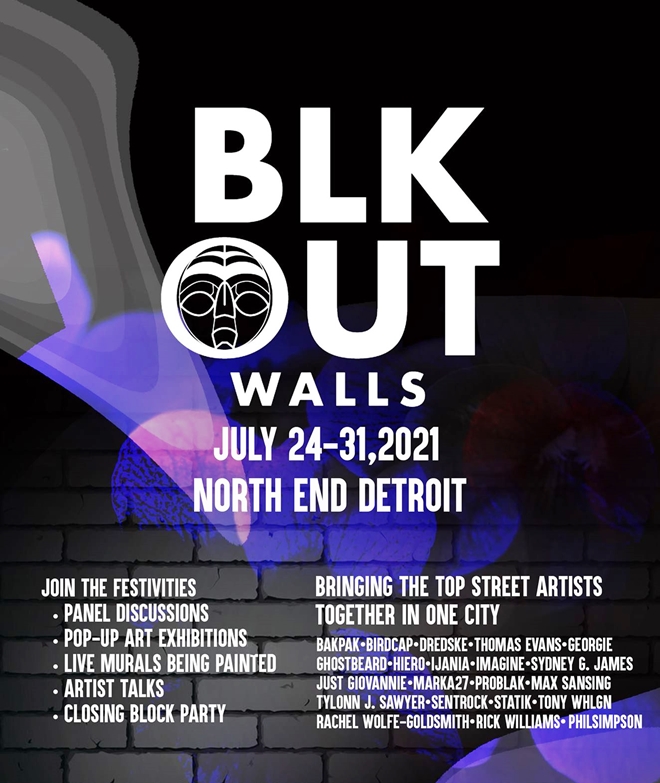 It's the brainstorm of Sydney G. James of Detroit (see videos below), Thomas “Detour” Evans of Denver and Max Sansing of Chicago, three of the 19 artists who'll enliven stone and brick "canvases" on commercial buildings -- an enhancement welcomed by the owners.

Spectators can watch works in progress along Oakland Avenue between Owen Street and East Grand Boulevard, plus Bethune Avenue and other side streets. James' mural, done in tandem with Rick Williams of Detroit, is near Smith Street.

As of now, this will be Detroit's only 2021 street art festival. Murals in the Market, which ran in Eastern Market from 2015-19, hasn't announced a post-Covid return.

Detroiters who'll be on scaffolds and industrial lifts from this weekend through next week include Bakpak Durden, a 2019 Murals in the Market muralist, and Tylonn Sawyer, who painted an Eastern Market wall in 2017. 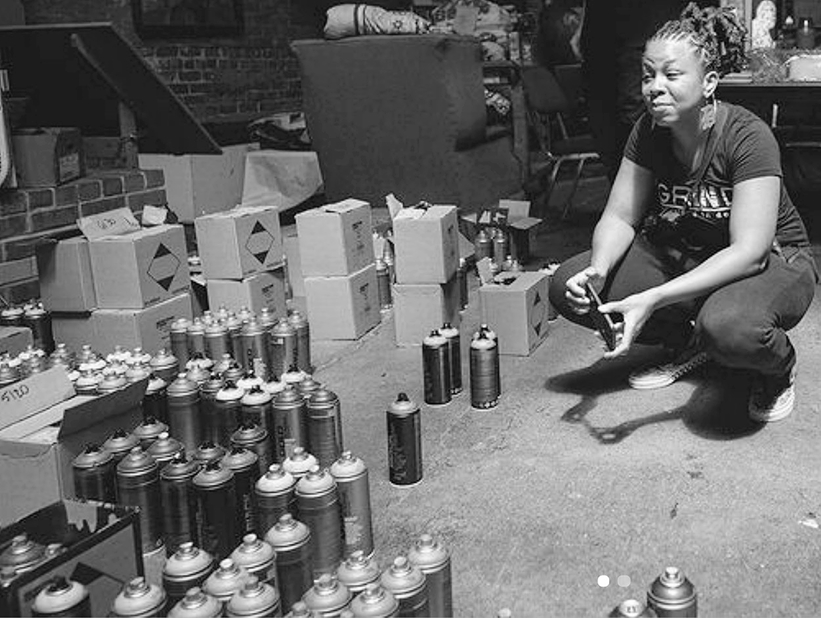 Sydney G. James with some of the supplies donated by Montana Cans, a German maker of professional-grade spray paint. (Photos: Facebook)

Notably, the local and visiting artists are compensated -- in contrast to most mural festivals, "where there is no remuneration for the participating artists and where there is limited racial diversity among the artists represented," organizers post.

Painters get a fee, lodging, meals and transportation. "This payment is essential to assuring that the benefits of the creative economy also include the muralists themselves," the website says.

That fairness is enabled by sponsors who include the Knight Foundation, Kresge Foundation, Ford Foundation, Vans footwear, the Detroit Pistons and Montana Cans spray paint. 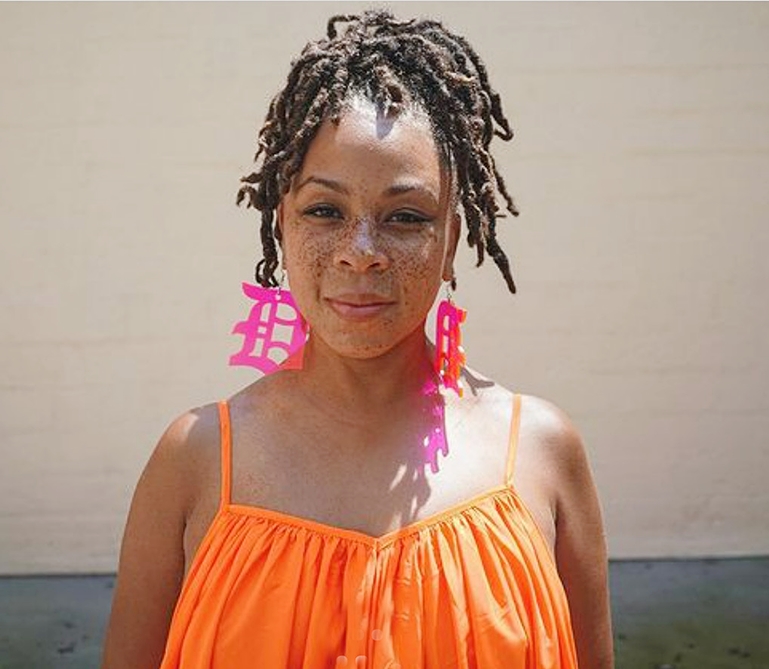 James, a festival organizer, graduated from the College for Creative Studies in 2001 and was a 2017 Kresge Visual Arts Fellow.

Seventy-five percent of the participating muralists and event producers are Black and/or people of color, mirroring the demographics of the city of Detroit and thereby creating a cohort of artists representing equity and inclusion.

The setting also is purposeful.

The North End neighborhood of Detroit is surrounded by areas of pronounced prosperity, including the Boston Edison community directly to the west and the Midtown district directly to the south. The Boston Edison community is an area that represents high-end housing and residential stability. The Midtown district represents both extensive gentrification and commercial viability.

The North End area has not reaped the benefit of being adjacent to these two urban success stories. Having the BLKOUT Walls Mural Festival in the North End community would be the impetus to ignite interest in the area as both a residential and commercial destination.