It hasn't been a great summer for I-75, with flooding and a massive tanker fire complicating travel on the vital north-south artery. Now, a sinkhole has opened in Madison Heights, closing the northbound lanes through Wednesday. 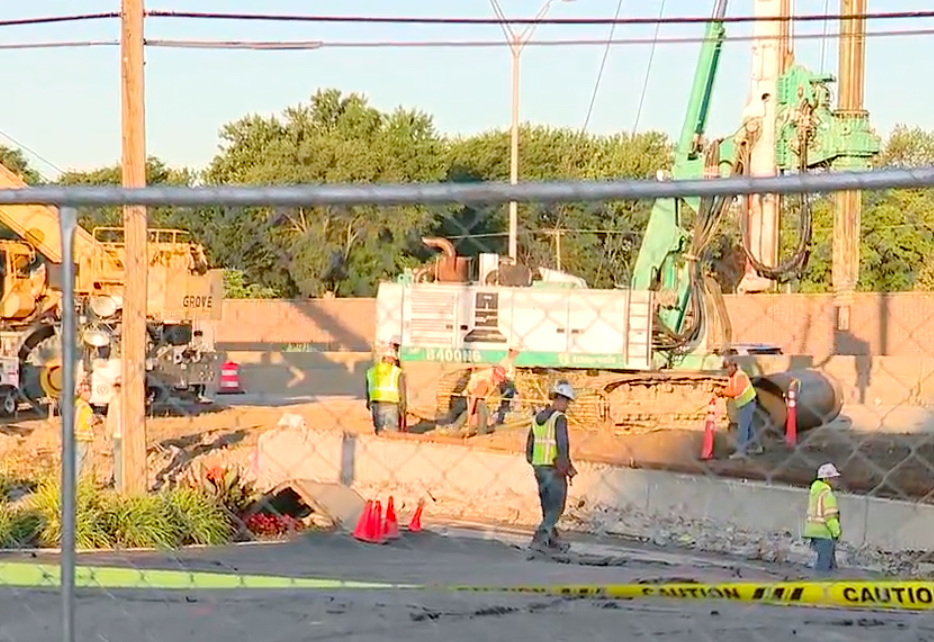 Workers repair a sinkhole on I-75 in Madison Heights. (Photo: Fox 2 video)

Road crews mining for a drainage tunnel about 100 feet beneath the surface came across some unexpected groundwater at the northbound service drive near Eleven ½ Mile Road. The operation affected the pavement above as sand and silt collapsed on itself.

It has led to road closures between I-696 and Twelve Mile Road. That section of I-75 has already been marked by traffic barrels the last few years as part of a multi-hundred-million-dollar road project to improve I-75.

When the road does reopen, it will probably only be one lane, and reopening itself "is not a given," an MDOT spokesman said.