Their creativity was harnessed by the first BLKOUT Walls Murals Festival, which officially ran through last weekend and unofficially continues with finishing work by a few participants.

Over 20 spray paint stylists from Detroit, Brooklyn, Boston, Chicago, Memphis and Denver turned side and rear walls of commercial buildings into splashy, flashy street art -- with permission from owners and support from sponsors that include the Knight Foundation, Kresge Foundation, Ford Foundation, Vans footwear, the Detroit Pistons and Montana Cans spray paint.

A  goal was to plant "the seed of an arts-based economic development, or creative economy, within the North End community."

It's the brainstorm of Sydney G. James of Detroit, Thomas “Detour” Evans of Denver and Max Sansing of Chicago, three of the participants. "The BLKOUT Walls team did NOT come to play," James posted on social media.

See examples of the results below and by touring Oakland Avenue and adjacent streets between Owen Street and East Grand Boulevard. This map shows mural sites. 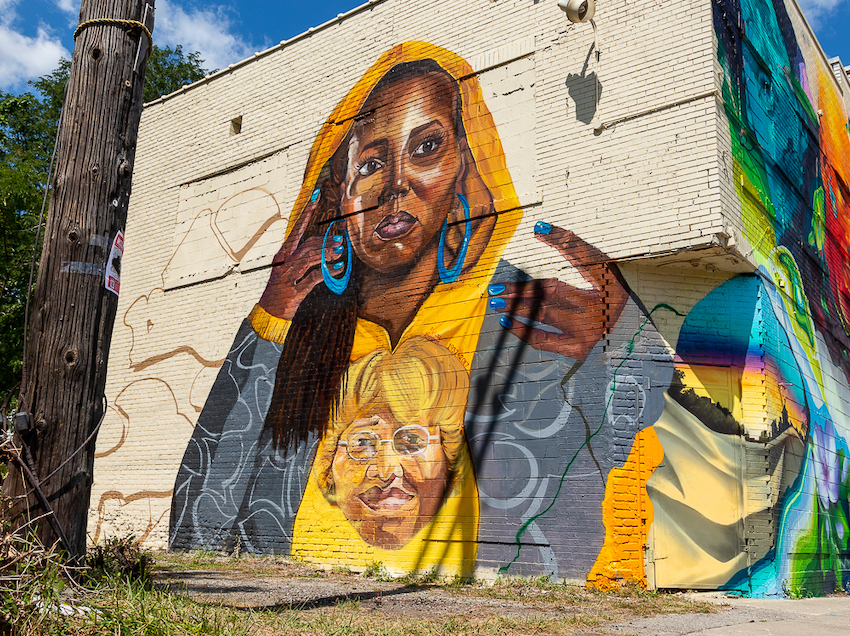 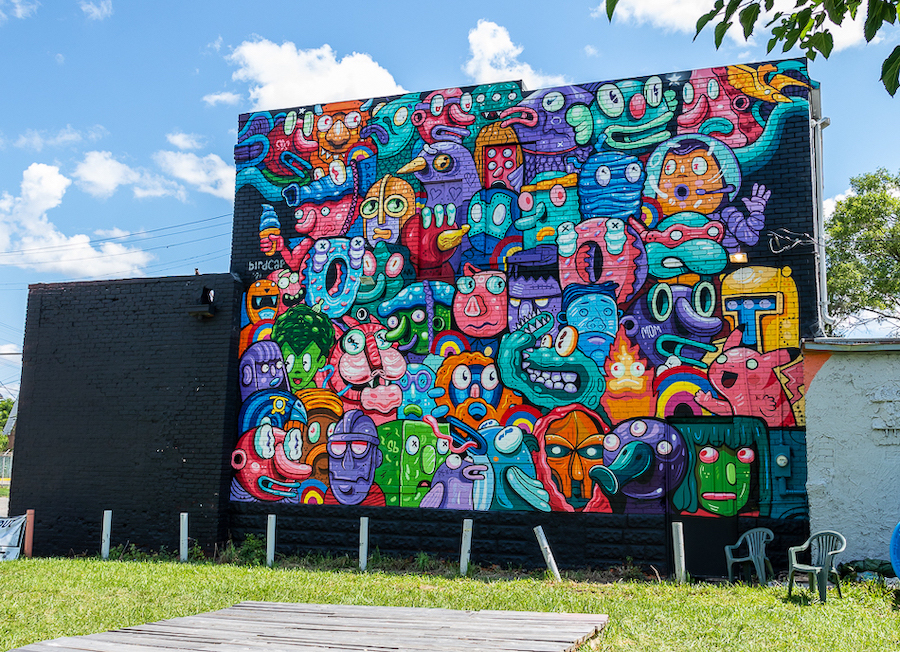 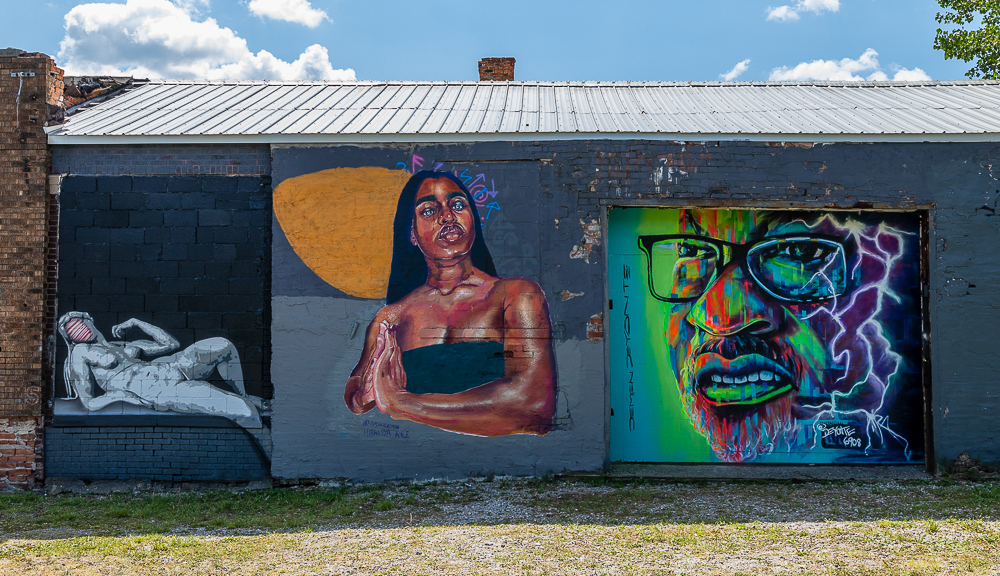 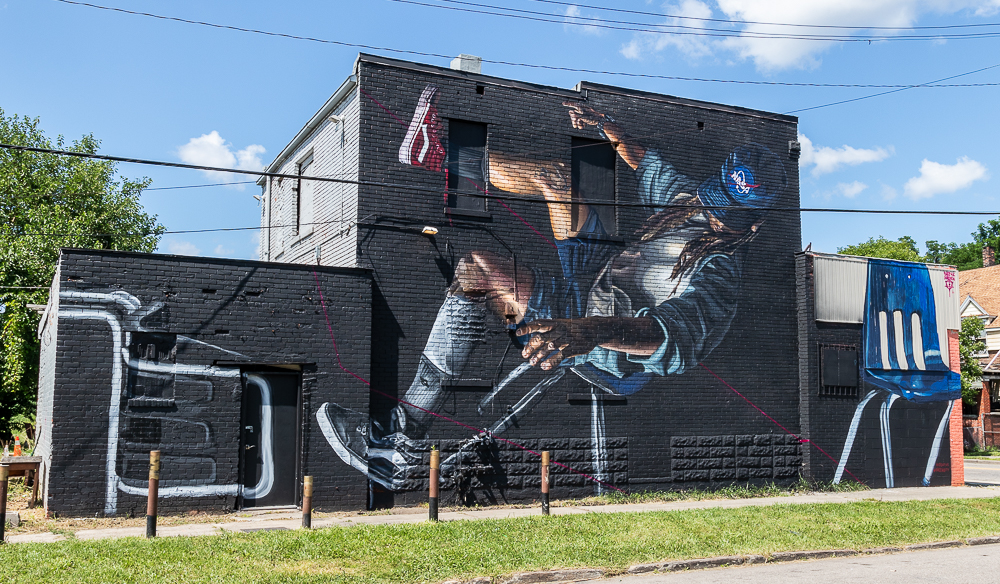 "Evogatove of Ingenuity" by Bakpak Durden of Detroit, a 2019 Murals in the Market artist (IG: bakpakdurden) 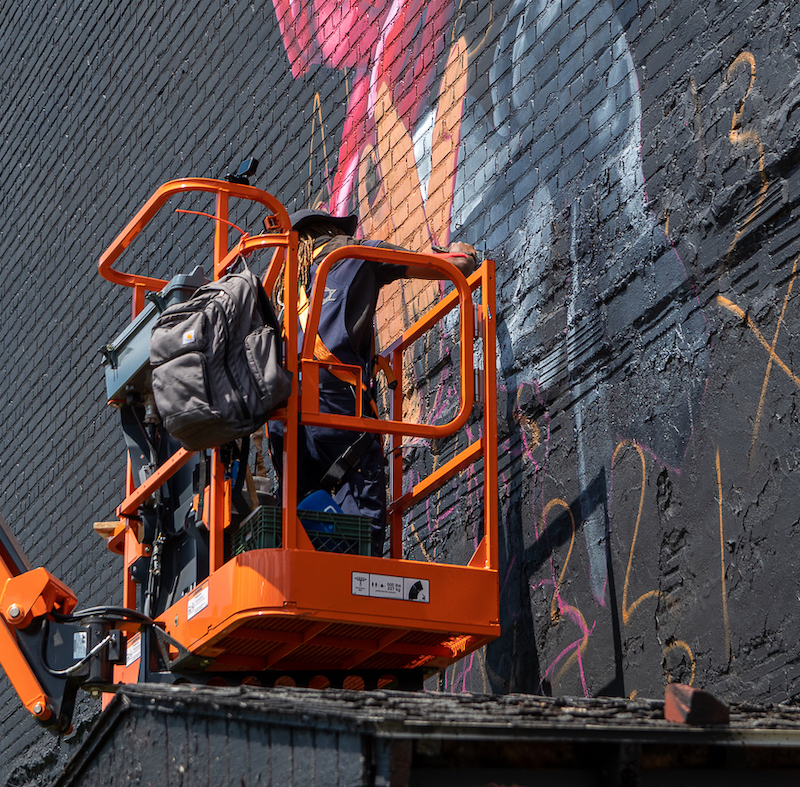 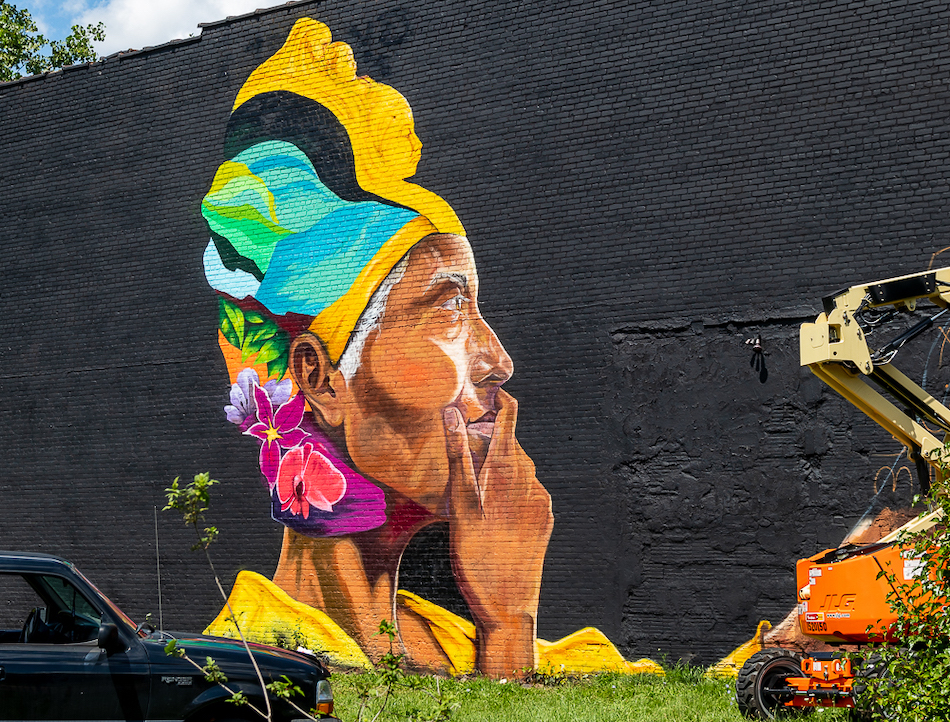 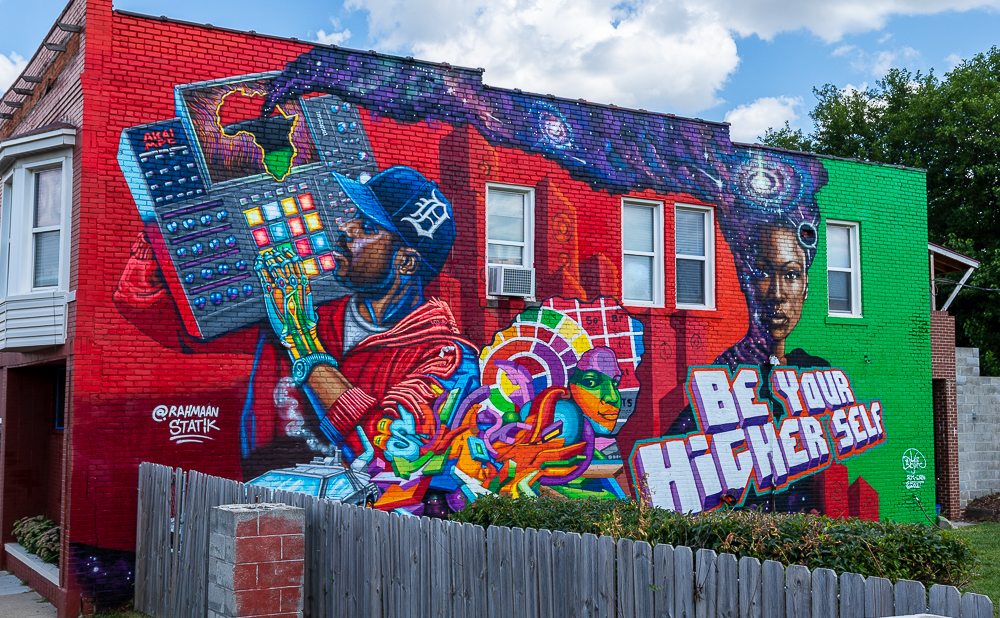 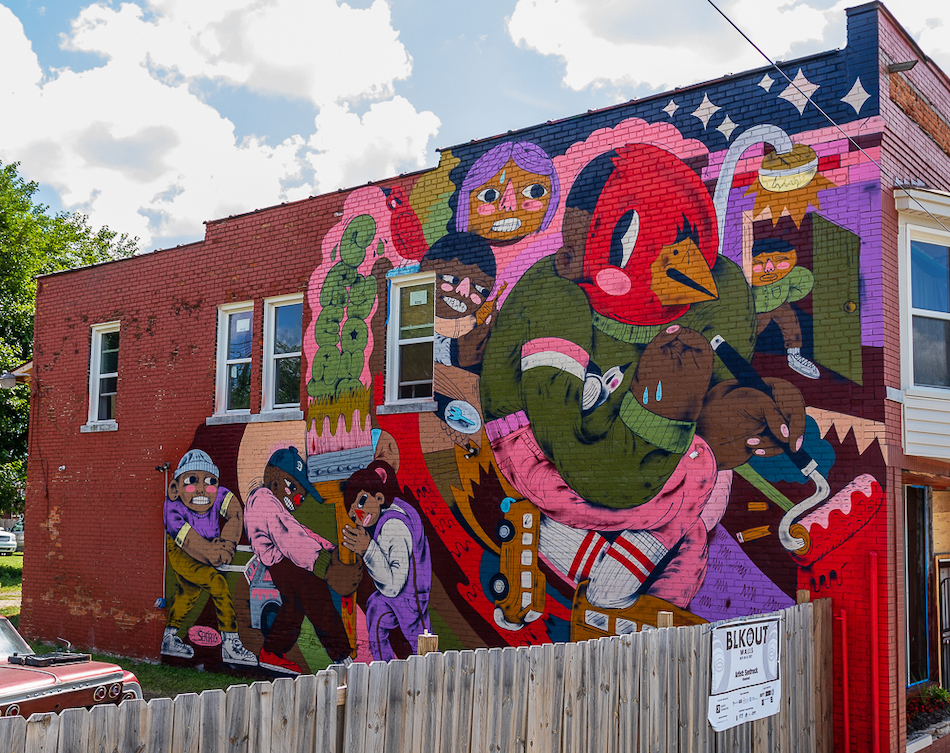 By artist Joseph Perez on another side of the building above (IG: @sentrock) 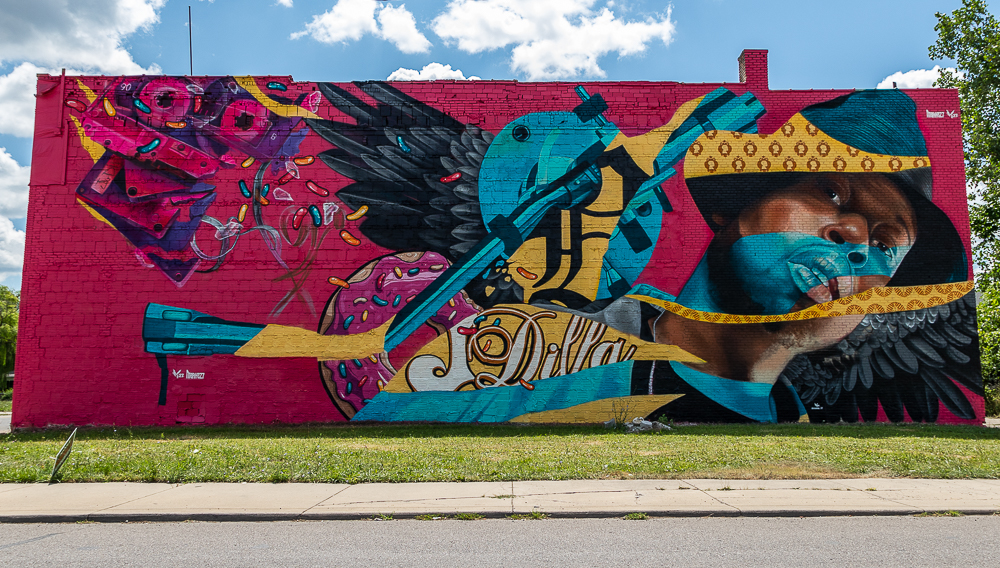 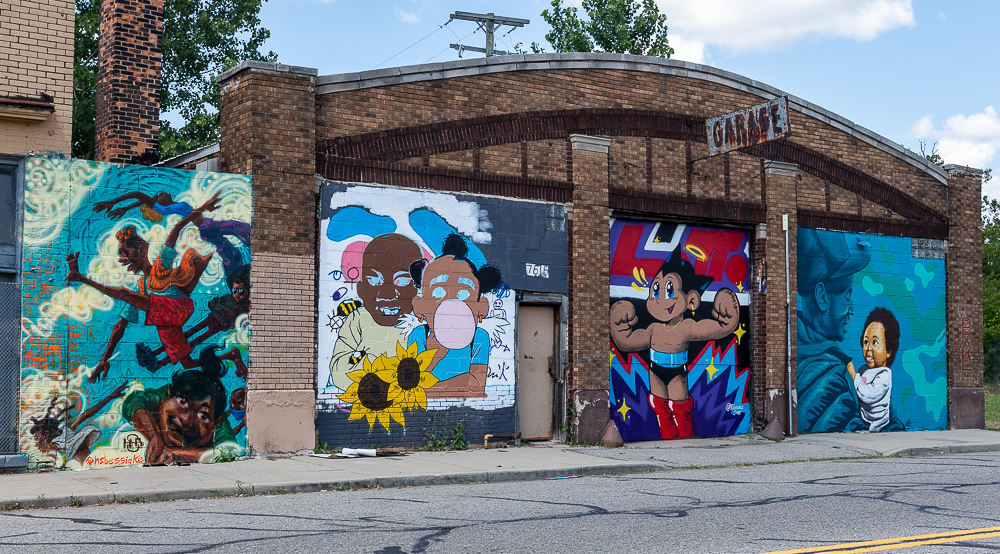 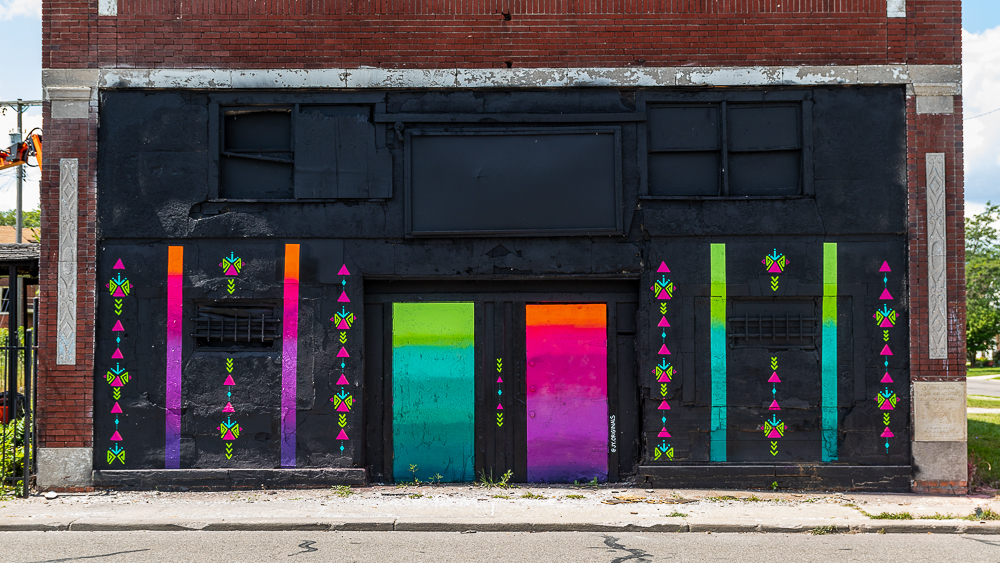 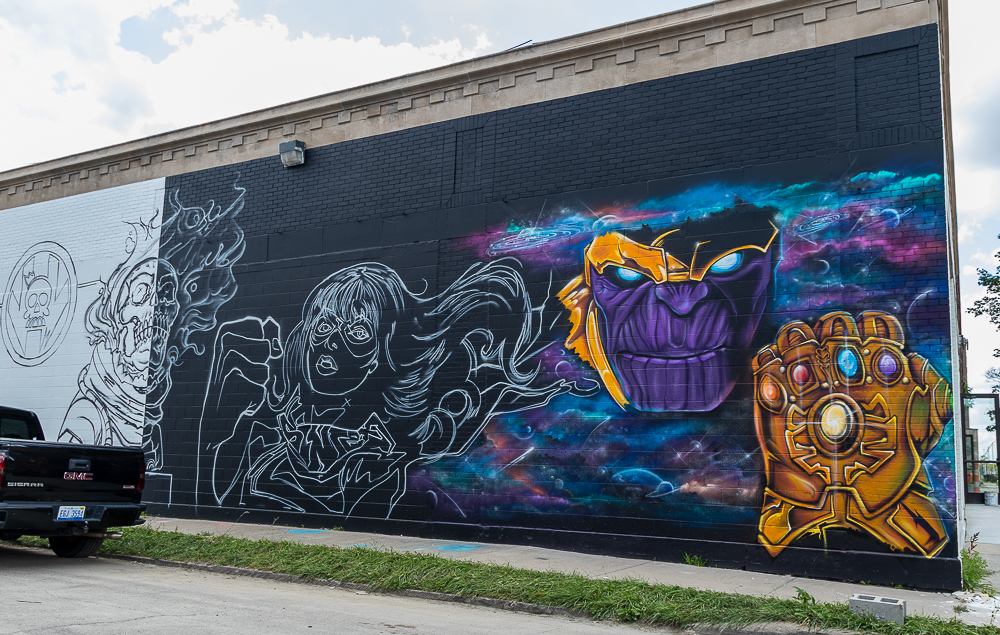