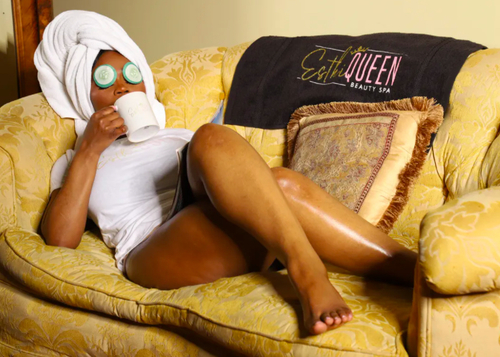 A Black Hamtramck spa owner who alleged she was discriminated against when the city's zoning board denied her a variance to remain open on a residential street has come out on top after a surprise reversal.

The ZBA held a special meeting (Monday) and voted 6-0 to approve a use variance for Esthi Queen Healing Spa, which is already operating. Nasr Hussain, a member who previously voted no, was not present at the meeting.

The spa, owned by Tiara Boyd, is located at 2456 Florian Street in a structure zoned for residential purposes. Limited commercial uses are allowable, including bars, grocery stores and certain professional offices. Spas and salons, however, are not specifically listed. In order to legally continue operating over the long term, Boyd needed to get approval for a zoning use variance from the ZBA.

At least one resident who wanted to shut Boyd down brought a familiar dog whistle to the zoning board last week, expressing concerns over her clientele:

Residents also reportedly aired grievances about parking and pedestrian safety. There are already other storefronts on the street, and Boyd has been operating since March.

Zoning board members Nasr Hussain, Adam Alharbi and Malek Hussein initially voted against the variance, which required two-thirds approval. Hussein denied his decision was race-based in an interview with the Arab American News, arguing Hamtramck's mayor was to blame for the dilemma because she could change the rules to allow for spas on residential streets. That, however, would have required council approval, and left Boyd in limbo for longer.