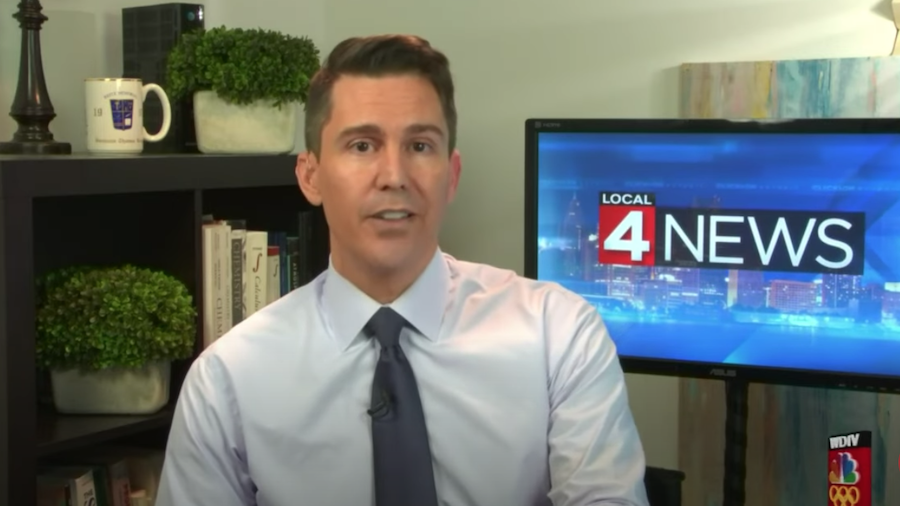 WDIV's lead meteorologist Ben Bailey, who has been at the station for seven years, announced early Saturday morning that he's leaving immediately.

"This really hasn't been a spur-of-the-moment decision for me," he told viewers. "I've been talking to management for a while and we decided as the Olympics came to a close this would probably be a good time for me to say so long."

He did not provide a reason, and the station said the split was amicable.

Sources familiar with Bailey's work situation said he had differences with the NBC affiliate's workplace Covid policy, which requires the unvaccinated to wear masks. They said he's not vaccinated.

Marla Drutz, the station's general manager, said she was unaware of Bailey's vaccination status and that his departure isn't "related per se to any kind of masking rules." She said he worked mostly at the downtown Detroit station, instead of at home, the past six months, though his final broadcast was from home.

"Ben’s been  thinking about this for a while," Drutz said. "I just think he was looking for a different opportunity. He was a wonderful guy to work with. He did a meritorious job."

Attempts to reach Bailey Saturday for comment were unsuccessful.

Bailey announced his resignation around 1 a.m. Saturday during a late broadcast after the Olympics, but did not say why he was leaving his job, which paid a six-figure salary.

"Tonight is my last broadcast here on Local 4, and if you told me 30 years ago when I took my first job in this business that I would be ending my career at 1 a.m. on a Saturday morning from my house, I would have said 'crazy.' Covid's been crazy, so it almost seems like it's been appropriate."

He went on to say: "My brother asked me, he said 'what's next for you?' And I told him, 'less makeup and more whiskey.'"

Compared to other popular on-air talent at WDIV, Bailey's departure was low-key. Usually a big announcement and farewell is made on the air and at a time when more viewers will see it -- not at 1 a.m.  Drutz sent an email to staff announcing his departure just hours before Bailey's announcement.

Drutz said his announcement would have normally come during the 11 p.m. broadcast, but was only done later because of Olympics programming.

Bailey, a University of Missouri graduate, worked at Fox 2 before coming to WDIV in 2014 to replace the beloved Chuck Gaidica, who retired.

He's the second weather forecaster to depart a Detroit station in recent months.

In June, CBS Detroit fired weekend meteorologist April Moss for public criticism of parent company ViacomCBS on the air and online. She said she was being discriminated against because of the station's policy on Covid testing.

The station issued a statement after her firing:

"April Moss objected to WWJ-TV's policies regarding Covid-19 testing and wearing masks inside our station, which are based on CDC, state and local guidelines. Any suggestion that she was in any way a victim of 'discrimination' due to her concerns about these policies is completely false. In fact, we allowed April to perform her weather anchor duties from home as we explored her concerns,"

After she criticized the station, she launched a fundraiser on the Christian site GiveSendGo and to date has raised more than $126,000.