A gas leak originating at a nearby Ford plant is likely the source of a spill into the sewer system of Flat Rock, which has led to the evacuation of a number of homes in that Downriver community. 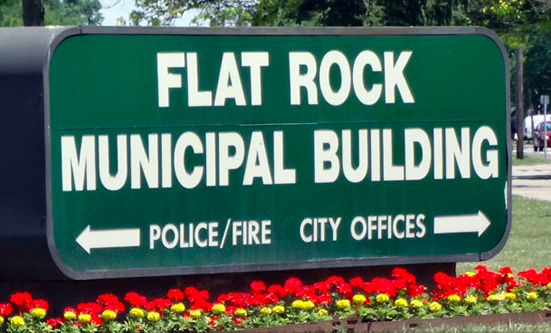 A gas leak has led to evacuations in the Downriver community. (Photo: City of Flat Rock)

Gov. Gretchen Whitmer declared a state of emergency as workers dealt with reports of chemical odors from the city's sewers over the last five days, which her office said had "the potential to be explosive." Bob Holycross, Ford's vice president of sustainability, environment and safety engineering announced Friday that the company's plant was the source of the leak.

The affected area in Flat Rock is "a 4-square-mile perimeter including the areas south of Vreeland Road, east of Cahill Road, north of Woodruff Road and west of Interstate 75," according to The Detroit News:

The Michigan Department of Environment, Great Lakes and Energy said in an email late Friday that an estimated 1,000 to 3,000 gallons of unleaded gasoline are estimated to have spilled into the sewer system.

As the company works to execute a "corrective plan," Holycross said, the plant — which builds Mustangs — will be shut down over the Labor Day weekend as previously planned. Ford said it also is in the process of isolating wastewater on its property from the city's system, assisting with cleanup efforts and "identifying people whose lives have been disrupted by this."

EGLE said in a Friday evening statement that the city of Flat Rock would use firefighting foam to "suppress" the vapors. The foam is "designed to bond with hydrocarbons" such as gasoline "to help break down the organic compounds." It will be applied inside sanitary sewers that were affected by the issue. The foam does not contain a group of chemicals known as PFAS.

The leak came from a line carrying gas used to fuel vehicles in the plant. While Holycross said the initial leak was thought to be small, it was eventually discovered to be much larger.