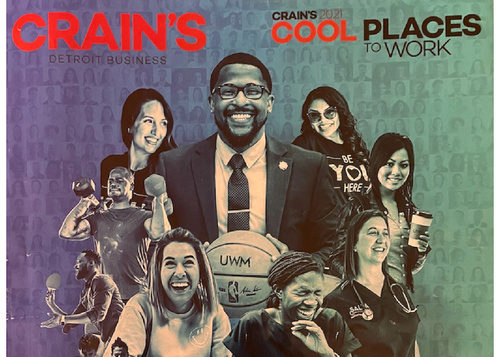 This columnist, a Los Angeles writer, is a former Detroit News business reporter who blogs at Starkman Approved.

Crain’s Detroit Business readers were deceived into thinking that Pontiac-based United Wholesale Mortgage ranks in the top tier of cool places to work in Metro Detroit. The cover on last week’s issue, featuring UWM employees and promoting Crain’s top 100 “cool” workplaces, was a visual lie. It was bought-and-paid-for advertising that distracted from UWM’s deteriorating workplace coolness.

UWM ranked 92 on Crain’s 2021 workplace cool list. A year ago, UWM ranked 78, indicating that as the fast-growing company expands, it’s workplace coolness contracts. I trust UWM’s HR folks won’t be among those receiving $25 million in cash and goodies CEO Mat Ishbia is known to shower on employees to keep them happy while working grueling hours. Being perceived as “cool” is critical to UWM so it can help attract employees to fuel its aggressive growth plans.

Ishbia fashions himself as a great and competitive leader, a skill he supposedly acquired playing basketball for the Spartans and scoring 28 points in four seasons as a third-string guard. Fortunately, the multibillionaire has fared a lot better in business than he did playing hoops. He’s willing to do whatever it takes to get ahead, including paying for a phony cover feature in Crain’s. 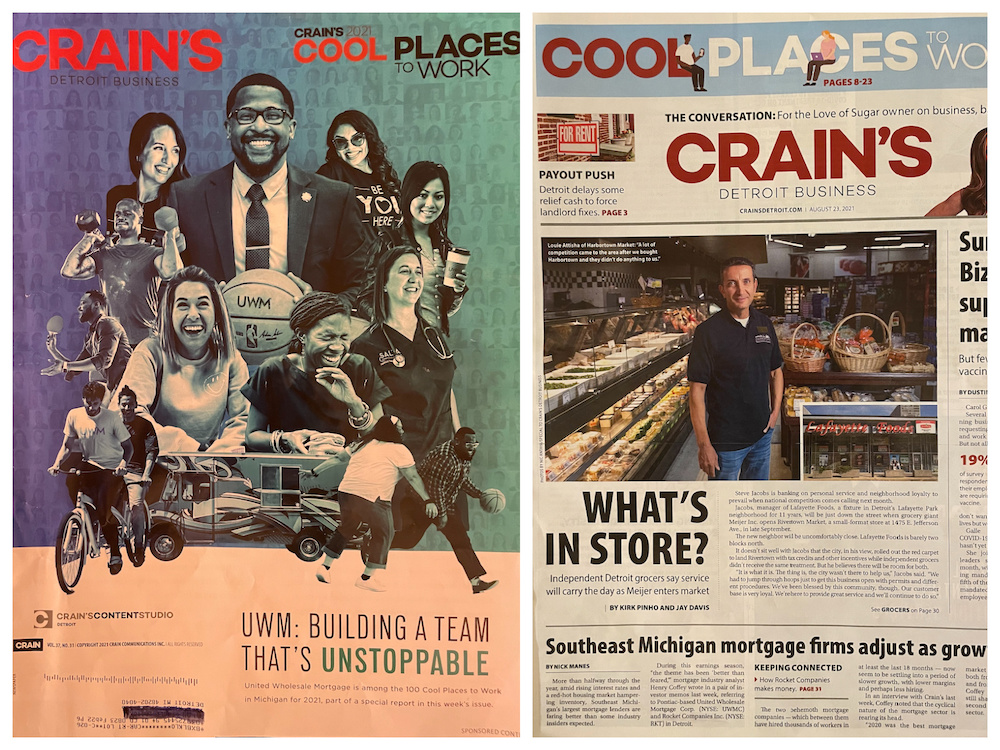 The fake cover (left) and the real one inside

Make no mistake, Crain’s wanted to deceive readers into believing that UWM was among the coolest Detroit area workplaces. The top left of the cover page said, “Crain’s Detroit Business,” and the top right featured a so-called teaser promoting “Cool Places to Work.”

There was a giant photo collage of beaming UMW workers yukking it up, holding a UWM-emblazoned basketball, playing hoops, lifting weights, biking, and curiously wearing a stethoscope. The exclusive story on the page said, "UWM: Building A Team That's Unstoppable.”

The cover page on the left side was marked, “Crain’s Content Studio,” which readers might mistake as a hipster word for what used to be called a newsroom. On the bottom right was an easy to miss label “Sponsored Content.”

Behind the advertising cover page and inside wrap-around content was the real front page and back cover. 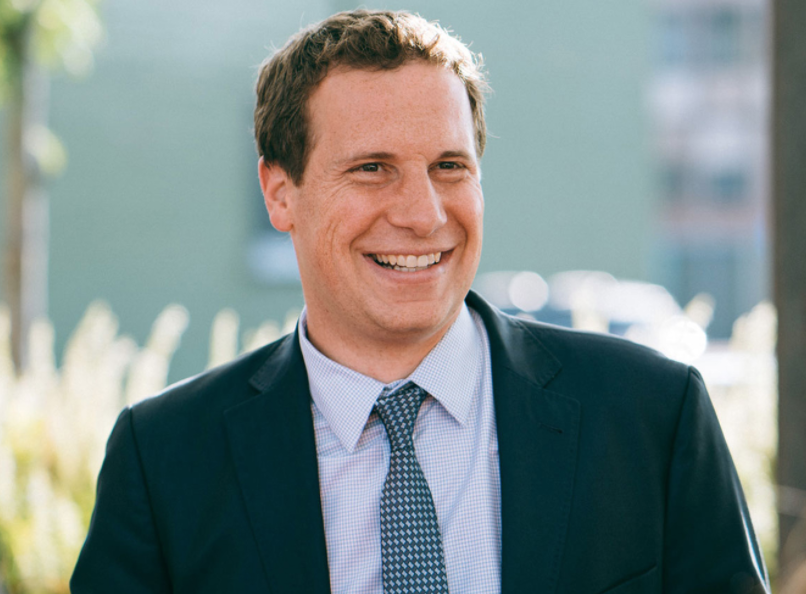 I’m old school and still can’t embrace the idea of allowing advertisers to run their PR and advertising messages in a manner that can easily be mistaken for editorial content. I consider it the journalism equivalent of charging for sex. Allowing an advertiser to buy a misrepresented cover page is the ultimate romp in the journalism hay.

Admittedly, it was easy to get on one’s high horse in my day because print journalism was a lucrative business. Times have changed, and print publications need to cut some corners. “Sponsored Content” has become widespread and acceptable. The Freep, the News, and sadly even Deadline Detroit are willing to sell some of their prime journalism real estate for the right price. But all these publications clearly and prominently mark the advertising product “Sponsored Content,” so readers know their journalists had nothing to do with the invariable mush.

♦ Support our reporting and commentar by becoming a Deadline Detroit member for as little as $3 per month.

It takes a certain kind of company to want to deceive a legitimate publication’s readers. Beaumont Health, a company whose CEO and PR guy skate close to the line, is another such company.

A year ago, when Beaumont was trying to peddle its controversial deal to be acquired by Chicago-based Advocate Aurora, Beaumont paid to run a story in Crain’s entitled, “Health Systems Joining Together Can Create Quality Advantages,” and touted the benefits of hospital mergers. The story was bullshit: Studies conclusively show that hospital mergers lead to higher costs and a decline in patient care.

Beaumont also paid to “sponsor” a podcast featuring an interview with CEO John Fox conducted by then publisher Mary Kramer, who was a fine journalist before she crossed over to the business side. Let’s just say Kramer wouldn’t include the interview if she was applying for a job with 60 Minutes.

Being embroiled in litigation is something else UWM and Beaumont have in common.

One notable lawsuit against UWM was filed in July by Grosse Pointe Park resident Annie Haberlein, an account executive at UWM from October 2020 until March 2021. According to the Freep, Haberlein alleges that UWM had policies and practices preventing her and other account executives from filing for overtime, despite their jobs requiring them to work more than the standard 40 hours per week.

I’ll bet a case of Stroh’s Annie Haberlein doesn’t regard UWM as one of the coolest places to work.

According to this this Detroit News story, some UWM employees in 2018 were caught on surveillance video cameras distributing disparaging fliers about Quicken Mortgage near that company’s headquarters. That’s not cool in my book.

A Florida mortgage broker in April filed a complaint in federal court against UWM and Ishbia alleging that the company’s refusal to work with brokers who also do business with Dan Gilbert’s Rocket Companies and Wisconsin-based Fairway Independent Mortgage violated various federal and Florida laws and regulations, including the Sherman Antitrust Act.

“We’re not sure (Ishbia’s edict) is even legal. It certainly isn’t ethical. And it doesn’t represent the American way of free enterprise,” Kimber White, president of the National Association of Mortgage Brokers told a trade publication. Ishbia alleged that Rocket Mortgage is the NAMB’s biggest donor.

Regardless, if Ishbia prevails in court his edict limits competition, which is bad for consumers. (If Michigan had a real attorney general, rather than a pretend one, this matter might be under state investigation.)

Last December, a trio of California brokers filed a lawsuit alleging that UWM violated their contracts. While UWM has called the lawsuit “frivolous” and moved to have the lawsuit dismissed, it would appear that UWM wouldn’t rank high if Crain’s published a “Best Companies To Do Business With.” 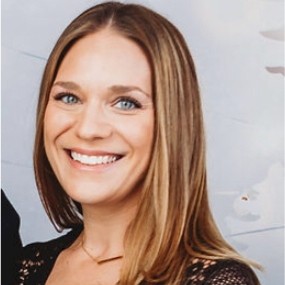 UWM’s chief marketing officer is Sarah DeCiantis, who I presume was ultimately responsible for UWM’s misleading cover. It seems a safe bet Crain’s is among DeCiantis’ favorite publications. According to her corporate bio, DeCiantis in 2020 was featured in the publication’s “40 under 40” issue featuring up and coming Detroit-area executives.

UWM went public in January this year but the route it took circumvented the rigorous scrutiny and ordeal most companies undergo. UWM merged with a so-called special-purpose-acquisition company, which raises money from investors and goes public without developing a business. The SPAC used the money it raised to acquire and merge with UWM.

Voila! UWM was a public company. UWM’s stock price has declined 43 percent since it was listed Jan. 22.

Crain’s cool workplace survey strikes me as dubious to begin with. It’s a pay to play deal, meaning companies must pay a fee to be considered and then provide information on their benefits and policies. It’s not clear if the information companies provide is independently verified.  Employees answer a confidential survey on workplace culture and the rankings are tabulated by the “Best Companies Group” in Harrisburg, Penn.

What’s clear from the results is that giving employees cars, cruises and other prizes is hardly the best way to achieve coolness. Ishbia mistakenly believes he can buy the love and loyalty of his employees the same way he can buy a fawning story in Crain’s.

The highest-ranked company on the Crain’s 2021 list is Oswald Companies, a Cleveland insurance brokerage with 31 Michigan-based employees. It ranked 17 on the Crain’s list last year, so Oswald’s coolness factor heads in the right direction.

Oswald rightfully deserved a Crain’s cover story – without having to pay for it.