In this corner, Michigan Senate Minority Leader Mike Shirkey, Covid survivor and mechanical engineer. In the other, the state's university presidents, three of whom have M.D.s from the nation's top medical schools (Harvard and Johns Hopkins). The fight: Whether university students should be required to get Covid vaccines before attending classes on campus. 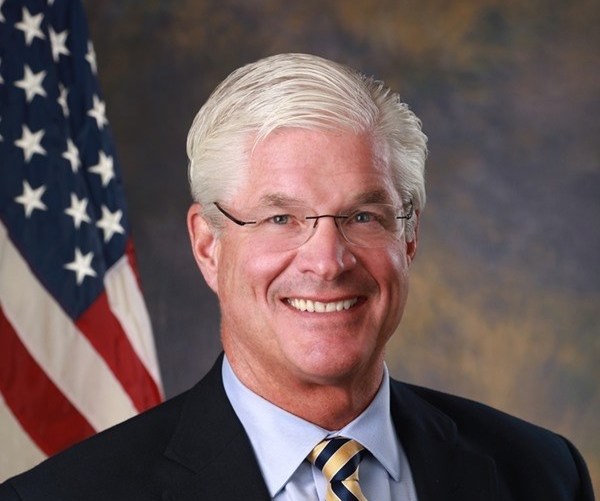 Mike Shirkey has done his own research. (File photo)

The Detroit News reports Shirkey has exchanged letters in recent weeks with eight Michigan university leaders, with Shirkey expressing his "distress" that the administrators had "chosen to ignore...research on natural immunity," i.e. the antibodies one gets from actually getting the disease.

The university presidents ... well, see if you're surpised:

Some of the education leaders, including multiple with backgrounds in medicine and public health, fired back at the lawmaker, contending that his claims were inaccurate and they were doing what was needed to protect their students. The letters were provided to The Detroit News by Shirkey's office and the universities.

Shirkey has been on the natural-immunity bandwagon for some time, claiming he'll be immune from getting a repeat case "forever," a bold claim for a disease that's only been around for two years. But there's more context to be aware of:

The dispute comes as the Legislature faces a Sept. 30 deadline to approve the state's next budget, including the funding plan for colleges and universities. Majority Republican lawmakers could attempt to use the budget as an opportunity to tie future state aid to loosening requirements for vaccines. A House-approved proposal would restrict state universities from requiring COVID-19 vaccination to enroll in classes, attend in-person courses or reside in campus housing.

Shirkey notes, in his letters, that younger people generally survive the virus, and implies that allowing Covid to burn through university populations is a better long-term strategy.

The presidents beg to differ.

"As of today, evidence that immunity gained from infection is superior to that provided by vaccination is lacking," Wilson wrote to Shirkey on Aug. 13. "Indeed, there is strong evidence to the contrary, and current studies indicate that natural infection is accompanied by a significant and observable decline in neutralizing antibody in the three months following infection."