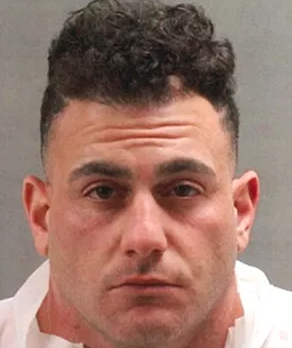 Things got wild in 37th District Court in Warren on Tuesday during a preliminary examination for a man accused of killing a Warren couple and a child.

The mother of one of the victims attacked Nicholas Raad Bahri of West Bloomfield, who is charged with first-degree murder, arson, mutilation of a body and carjacking in the slayings a year ago of Tukoyo Moore, 32, Moore’s 6-year-old son, Tai’raz, and his girlfriend, Isis Rimson, 28, all of Warren.

During nearly two hours of testimony, Tukoyo Moore’s mother, who was sitting in the front row in the courtroom gallery, jumped from her seat, stepped over a barrier and swung her fists at Bahri, who was sitting at a table next to his defense attorney. She struck him two or more times on the side of the head before she was restrained by police and court officers.

“That was my baby, my only son,” she screamed, according to the Macomb Daily. “You killed my grandson.”

The mother was handcuffed and removed from court. She was expected to be charged with assault and battery. Bahri was bound over for trial in Macomb County Circuit Court.

Authorities allege that the slayings were the result of a falling out over drug deals.

The Detroit News reported in October, 2020:

Rimson and the boy were found dead hours after Detroit police identified Tukoyo Moore as the man whose body was found at about 2 a.m. Oct. 1 in the rear seat of a torched rental car on Hyde Street on Detroit’s east side. Moore had been shot in the head, according to an autopsy.

The girlfriend and boy were found in the basement of Moore's Warren home with shotgun blasts to the head.