The field of candidates running as write-ins against Scott Benson has grown to seven since we originally surveyed the two who tried and failed to get on the ballot. We've sent questionnaires to the additional five and will update and republish this post should they respond.

Detroit voters this year have the chance to tip the balance of power on City Council in a high-stakes election held against the backdrop of a federal corruption probe into several councilmembers and their aides.

In the weeks leading up to Nov. 2, we'll be rolling out candidate surveys for each district and the at-large race.

In District 3, Adam Mundy and Steven Shelton are challenging as write-ins Councilmember Scott Benson, whose house was recently raided by the FBI.

Mundy was removed from the ballot after a challenge filed by former Detroit corporation counsel Butch Hollowell, who is now managing partner of the Miller Law Firm and declined comment.

Benson did not submit a response to our questionnaire, but acknowledged receiving it and a reminder. 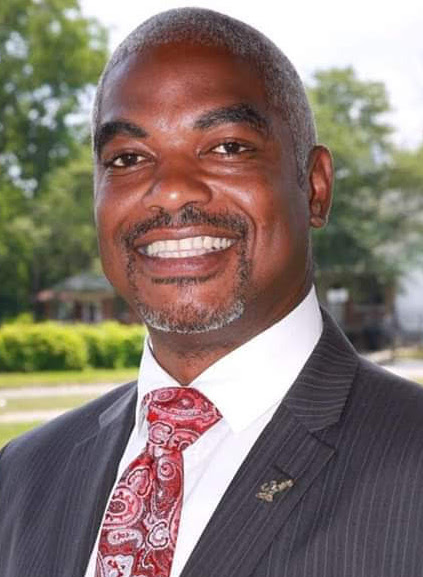 1) Tell us a little about yourself:

I am born, raised and still residing in District 3. I'm a proud graduate of the Detroit Public Schools (Courville Elementary '86, Pulaski Middle '88 and Osborn High School '92). I am married with a combined family of four children and two grandchildren.

2) What do you see as the primary issues holding back Detroit?

The unwillingness of the administration to focus resources and true commitments to neighborhoods, specifically in my district, as they have for downtown and midtown. Hence, we've been losing population and trust from our citizens. Residents in my district feel as though they are "forgotten" because of the lack of resources for the quality of life and attention in their neighborhood. I want to restore the trust and let residents know my priority at the council table shall be the will of the people.


3) What steps will you take to address those?


4) Why should people elect you over your opponents?

I should be the choice for District 3 because I have the know-how and the will to get things done at the council table for the quality of life for my district. As a former city council staff member from 2010-2019, I have institutional knowledge as to how city government is run. I want to increase the good, decrease the bad and get rid of the ugly in our city government.

There are several items and decisions that I do not agree with both council and the mayor. The mayor's agenda has been getting support from those council people, who in my opinion, have given the mayor whatever his desire is. Thus, there is no true check and balance. Votes to implement drainage fees as well as increased water rates, have closed churches and businesses that support the quality of life in my district. The overtaxing of homeowners and the  looting school & library millages. These are just a few issues that must be addressed and corrected. 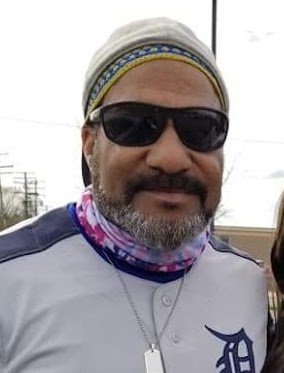 1) Tell us a little about yourself:

I'm a journalist that has worked for the Michigan Citizen, the Michigan Chronicle, the Telegram News as well as several national and international publications. I’m also a life-long Detroiter, husband and father.

2) What do you think are the greatest challenges facing Detroit?

The primary issue is the squandering of public funds and tax dollars. Many times, under the current administration, public dollars have been spent to empower private entities with very little public benefit; this is against the Michigan Constitution, the Public Purpose Doctrine as well as common sense. The Duggan administration in collaboration with some City Council members have unlawfully issued billions of dollars in municipal bonds with very little benefit to Detroit residents and tax-payers who are on the hook to pay back every cent with interest for the next 20, or 30 years or more. This is taxation without representation. Also, these long-term bonds were supposed to be spent on city infrastructure and not to partner up with wealthy corporate entities and billionaires or on Duggan's favorite project or purpose.

3) What steps will you take to address those?

We have litigation in court challenging these illegal bonds and expenditures. I think it is important to follow the over $1 billion that flows through Detroit annually in the general fund budget as well as other funding and revenue sources like those sent to the city from the federal and state governments. This money and these resources need to be used to empower majority residents of Detroit and not splurged on millionaires and billionaires. Our city residents and taxpayers cannot afford to pay these bonds especially when the money from them is not being used to benefit them but to benefit others. Also, literally every general obligation bond that the Duggan administration has issued are in direct and flagrant violation of the Constitutional ten-percent debt limit.

4) Why should people elect you over your opponents?

I should be elected because I'm willing to expose activities and policies that few other candidates or incumbents have shown a willingness or ability to. I see the tremendous waste of our tax dollars and bond funds. I see how our tax dollars are going to enrich outsiders instead of Detroiters. And I realize that Detroit is not a poor city; Detroit is a city that is being starved and undermined because of gross mismanagement and corruption.

5) Are there any council decisions with which you've disagreed since 2014? What are those?

Yes, I disagree with the so-called FCA/Chrysler land swap deal. This was the theft of approximately 30 million dollars of Detroit unlimited tax general obligation bonds that should not have gone to help a multi-billion dollar corporation. It was also a violation of Michigan law and the Michigan Constitution. I disagree with the tens of thousands of Detroit water shut-offs and home foreclosures that the council did not stop. I also disagree with the council and mayor Duggan being silent while Gabe Leland sat on council. The preponderance of the evidence showed he was corrupt and the council could have conducted their own trial according to provisions in the Detroit City Charter. And I strongly disagreed with the council voting (to give) themselves and the mayor (a millionaire) a raise when the city of Detroit is known as the most impoverished and beleaguered city in America. I could go on and on.

6) Are there any mayoral agenda items with which you've disagreed since 2014? What are those?

Yes. I disagreed with Duggan using TARP funds to demolish thousands of homes in Detroit when the funds were intended to keep residents in their homes who were negatively impacted by the mortgage crisis of 2007 and 2008. And I disagree with Duggan and the city Council being unresponsive and arrogant to the majority residents of the city of Detroit that they are supposed to serve. They get into office and forget that the people are their bosses. l also disagree with mayor Duggan's administration failure to go after these businesses and projects that are delinquent or in default on millions of dollars in Section 108 loans. They continue to make loans to these same projects and entities that, again, do not benefit majority Detroiters.