Police seek driver in double-fatal hit and run in Detroit

Police are searching for the driver of a dark-colored Kia Soul, which they believe was the vehicle that killed two women crossing Schaefer Highway in Detroit early Saturday. The employer of one victim, Proof Technologies in Ferndale, offers a $5,000 reward for that information, as well. 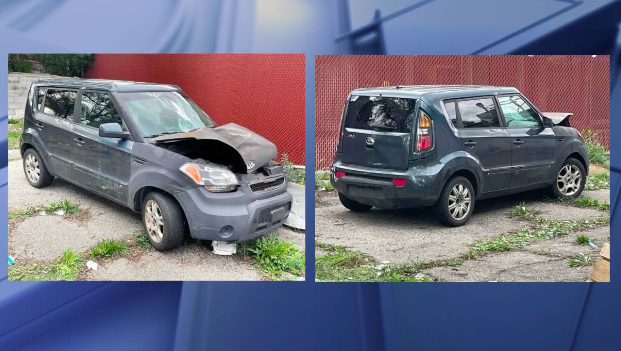 Police released these photos of the Kia Soul believed to be driven by the hit-and-run killer. (Photos: Fox 2 Detroit)

Erica Yancey, 38, and sister-in-law Brittany Jones, who was in her 20s, both died after they were hit leaving the Kings & Queens Banquet Hall on Schaefer around 2 a.m. The Kia sustained heavy front-end damage and was later found by police.

Yancey worked as a security guard for Proof Technologies Corporation. The company is offering a $5,000 reward for information leading to the arrest of the hit-and-run driver.