Former Ford CEO Mark Fields, who during his tenure made clear he had no great fondness for Detroit, on Monday threw a sucker punch to the Motor City with a 100,000 Tesla order for Hertz, the rental car company he is temporarily overseeing. 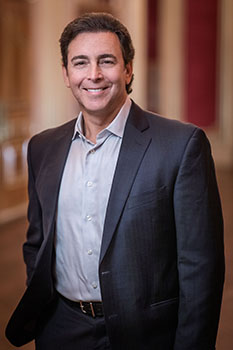 “Tesla is the only manufacturer that can produce EVs at scale,” Fields declared in an interview with Bloomberg.

Underscoring Tesla’s popularity, its market capitalization is greater than those of General Motors, Toyota, Ford, Volkswagen, BMW, Honda and several other automakers combined.

During Fields’ tenure as Ford CEO from 2014-17, Ford’s stock declined by about 40 percent. In one day, Fields accomplished more for Tesla investors than he did during his three years running Ford.

Fields managed to secure the top spot at Ford without feigning any loyalty to Detroit. During his tenure at Ford, he refused to relocate his family from South Florida to the region. Instead, he initially used Ford’s corporate jet to be with them every weekend. The disclosure sparked a furor, given that Ford was ailing at the time. After the arrangement was made public, Fields agreed to fly commercial, albeit at the expense of Ford’s shareholders.

A Ford proxy statement revealed that Fields’ use of the corporate jet for personal travel in 2005 during a three-month period cost the auto maker $214,479, indicating a full year cost of about $900,000. According to this CNN story, at the time the price of a round trip, first class ticket on Northwest from Detroit to Miami was $1,556 or about $90,000 for a full year.

Fields was forced out in 2017 in the wake of Ford’s more than five percent decline in car sales. Notably, among the reasons for the decline was the company’s decision to curb low-profit sales to car rental companies. Fleet sales to rental car companies typically come with substantial discounts, although Tesla CEO Elon Musk insists Hertz will pay top dollar for its Tesla orders.

Hertz emerged from bankruptcy on June 30, and its stock has been on a tear since Fields was named interim CEO on Oct. 5. According to Barron’s, Hertz is paying Fields a salary of $62,500 a week, or roughly $250,000 a month. Hertz also granted Fields stock options worth more than $13 million.

Hertz’s decision to convert more than 20 percent of its rental fleet to Tesla’s electric cars by the end of next year is a major boon for the automaker, which in 2020 accounted for 80 percent of U.S. electric vehicle sales. Analysts believe Hertz’s purchase will increase the popularity of Tesla’s brand with consumers.

Maybe, but count me among the rare doubters that renting Tesla vehicles through Hertz will help the automaker’s brand. I’m a former Hertz Gold Club member who became appalled with how poorly the rental company maintained its cars in recent years. Maintaining a fleet of Tesla vehicles will require increased specialization, and Tesla vehicles can be idiosyncratic.

In a review of the Tesla Model Y, Car and Driver reported that it found the vehicle’s quality “lacking,” while declaring earlier this year that Ford’s Mustang Mach-E “lives up to its hype.”

“A few hours into our (Tesla) loan, the infotainment system had a mini stroke. Most controls remained functional, but the GPS and backup camera stopped working. A minor hiccup isn't that noteworthy, but nearly every function of the car, from adjusting the mirrors to turning on the wipers, is done through the big screen.”

I know other Tesla owners who say their cars can be quite quirky.  Good luck calling Hertz’s customer support number for problems with your Tesla.

Mark Fields will be long gone from Hertz once the company’s Tesla issues begin surfacing.