Mike Duggan put substance before style this week at an appearance pushing Covid shots and boosters. The message is crisp. The slacks, not so much.

Unvaccinated individuals are 11 times more likely to lose their life to Covid-19. And if you have been vaccinated, the strength of the vaccines starts to reduce after 6 months. The best way to protect yourself and others is to get vaccinated, and boosted. pic.twitter.com/NY6Q1WNPHq

"That suit needs to be vaccinated," a Detroiter tweeting as @RealYungKhaos shot back within hours as the mayor took rumpled to a new level. 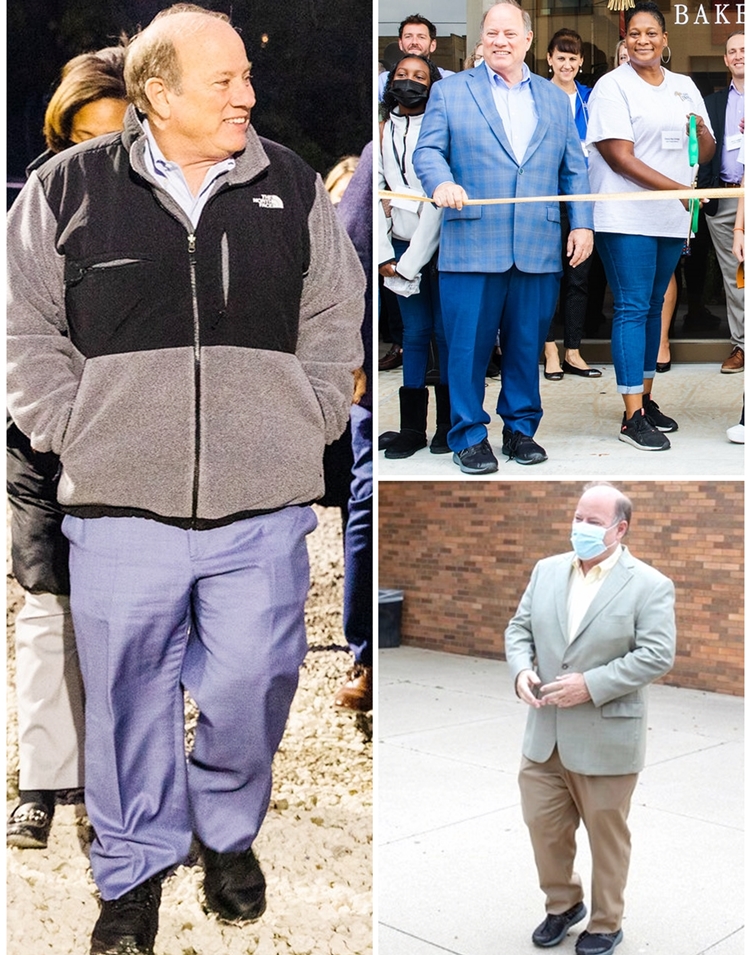 That day's wardrobe wasn't an aberration, as shown by other recent photos at left. Detroit's 63-year-old leader channels the fashion esthetic of Bernie Sanders, Woody Allen and Larry ("pants tent") David. (Actually, our editor and this post's writer also are in the frumpy fraternity, but we don't represent a city's image on a government stage.) 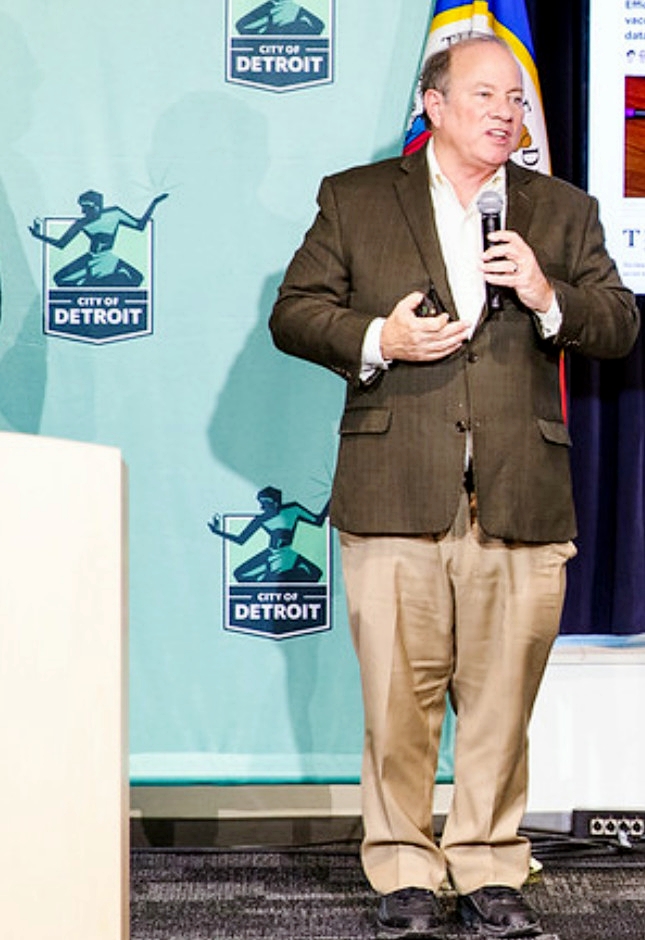 ♦ "Whose pants is he wearing?" -- Elizabeth Thompson, Ypsilanti

♦ "He looks like Kevin in that iconic scene from 'The Office' where Kevin drops all that chili." -- Chad Berkobien, Frankenmuth, Mich.

Fun aside, Duggan's vaccine advocacy -- not his appearance -- obviously matters most. Also, the unpolished look is a strong contrarian flex for a politician.