Owning land in the flood-prone Jefferson Chalmers neighborhood on Detroit's lower east side gets costlier next fall for those with mortgages.

More blocks in that area of Detroit River canals now are designated a Special Flood Hazard Area by the Federal Emergency Management Agency (FEMA). Property owners with loans have until October 2022 to buy flood insurance, if not already protected, Crain's Detroit Business explains.

That could add up to thousands of dollars more per year to the already expensive cost of buying, insuring and paying taxes on Detroit property. ...

The determination, state and federal officials said, came after years of FEMA study involving more precise mapping and topographical technology deployed not just along the Detroit River, but also the Great Lakes and the states that border them. ...

As a result of climate change causing rising water levels in Lake St. Clair spilling over into the Detroit River, residents have endured and will likely continue to endure regular flooding absent a costly and permanent infrastructure fix.

The neighborhood borders are Clairpointe Street to the west, Jefferson Avenue to the north, Grosse Pointe Park on the east and the Detroit River at its southern edge. Some parts of the bowl-like area sit several feet below the Detroit River.

FEMA doesn’t require homeowners to obtain insurance, but lenders use its maps to spot a flood risk and create insurance mandates.

Those in the floodplain category can buy flood insurance through the National Flood Insurance Program or a private company. ...

Refusing to buy flood insurance would allow your mortgage company to buy a policy on your behalf and roll the cost into your monthly mortgage payment, [insurance broker Monique] Williams Woods said.

Homeowners and commercial property owners without a mortgage are also being encouraged to add insurance. Detroitrers can search by address to determine their flood risk level.

The new maps place many Detroit households in higher-risk flood areas, which will require homeowners with mortgages to pay an average of $800 more per year -- slightly higher than the national average. Flood insurance is based on several factors, including the age of a home, the flood risk and type of coverage.

The City of Detroit is enrolled in FEMA’s Community Rating System to encourage community floodplain management. Because of this program, Detroiters in high-risk floodplains automatically receive a 10-percent discount on flood insurance. 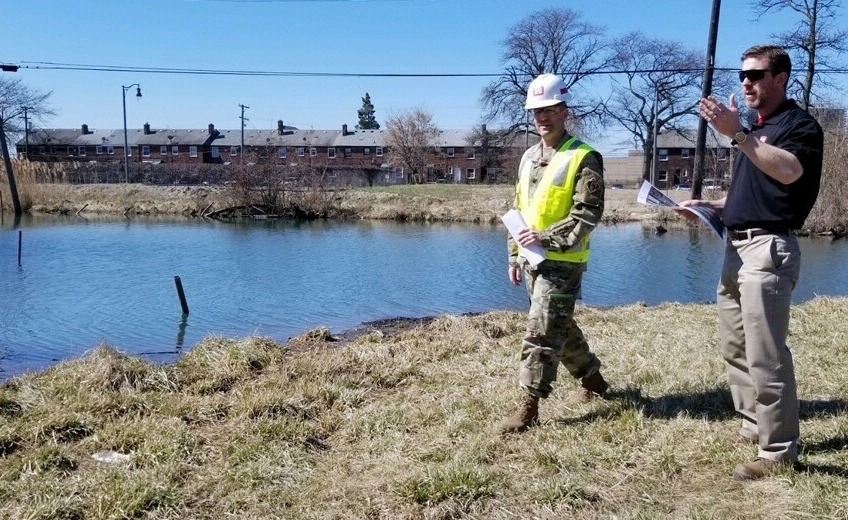 "This is essentially just another tax on poor people," Elling said. "That is what makes it so galling. The wealthy part of town was saved and we weren't."

He refers to a seawall in nearby Grosse Pointe Park that was raised several feet, averting a floodplain designation.