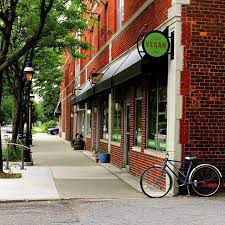 The restaurant business has always been challenging. The pandemic makeds it even more so.

Detroit Vegan Soul, which opened in 2013, has closed its original restaurant on Agnes Street in Detroit's West Village, while temporary pausing its second site on Grand River in the Rosedale Park neighborhood.

The restaurant, which promotes itself as totally plant-based, posts on Facebook:

"2021 was a whirlwind of emotions for us. Officially December 31st, our restaurant at 8029 Agnes location permanently closed. So many of you expressed concern and desire for us to reopen there and though we wanted to, we could not recover from the effects of the pandemic. Our location at 19614 Grand River has remained open; however, we've decided to extend our winter break for 3 months to reset and re-tool so that we can continue to sustain our business for years to come."

"We've been trying to add staff for two years. It became financially impossible to continue holding the space without it generating revenue and not having reliable staff."