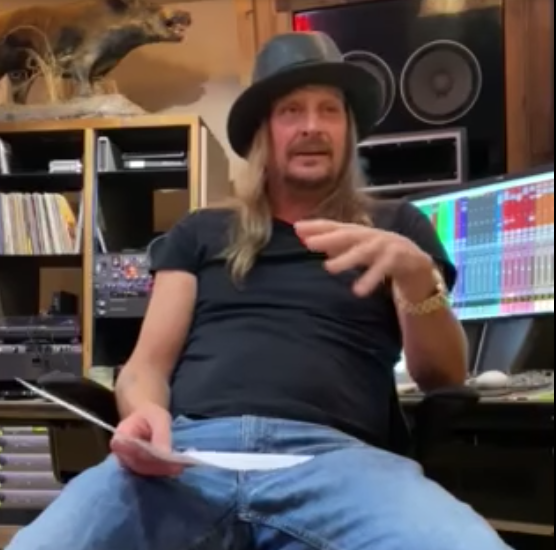 Trump golfing buddy Kid Rock delivers a video message on social media, letting fans know he's all about liberty and freedom when it comes to his upcoming "Bad Reputation" tour, which kicks off April 6 in Indiana.

Kid Rock, aka Robert James Richey, says Thursday he won't require masks and proof of vaccinations at his concerts. He plays Pine Knob next Sept. 16-17.

"If you think I’m going to sit out there and sing 'Don’t Tell Me How to Live' or 'We the People' while people are holding up their fucking vaccine cards and wearing masks, that shit ain’t happening," he said.

For one, he says, he expects that Covid won't be a big deal by the time the tour begins. But even if it is, he won't require masks and proof of vaccinations.

"Trust me, you don’t have to worry. You’re going to be getting your money back, cause I won’t be showing up either."

Buffalo and Toronto are off his tour schedule because of mandates, he added.

The Metro Detroit native knows this "screw you" shtick is all good for his image among fans, not to mention good copy for the "liberal media."

"There you go liberal media, there's your clickbait for tomorrow, fuck with me."