Detroit wants to spend $7M more on ShotSpotter. Should it? 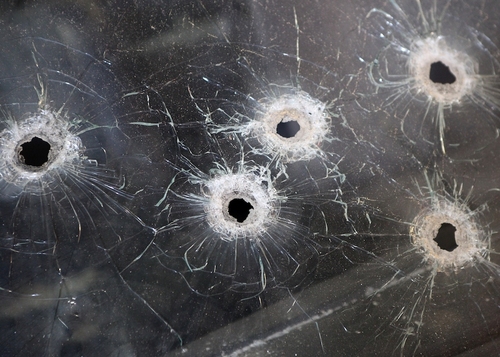 A surveillance tool that listens for gunshots, then deploys police officers who can identify their source with greater precision than if they were operating only off a neighbor's tip. Proponents say ShotSpotter is a technology Detroit can use more of, what with its high crime and limited police personnel.

The department points to results, saying ShotSpotter has yielded 76 arrests since its most recent implementation in March (though — as is typically the case with the way Detroit police assess their controversial technologies and programs — data is lacking on how many of those resulted in successful prosecutions). “It’s hard to imagine anyone objecting to technology that allows the officers to respond promptly to the correct location,” Mayor Mike Duggan's spokesman, John Roach, told Bridge Detroit.

But activists see further investment in the technology — particularly with money designed to help the struggling city bounce back from the pandemic — as another misguided attempt to address the symptoms, rather than root causes, of crime. It could in fact backfire in its mission to reduce crime by "(exacerbating) existing inequity," over-policing poorer areas in a majority Black city, said Tawana Petty of the Detroit Community Technology Project.

We can look to Chicago for clues on ShotSpotter's efficacy. In the Windy City, where the technology is used widely, the municipal inspector general last year found it rarely led to investigatory stops or evidence of gun crimes and risked changing the way officers interact with areas they have to patrol. ShotSpotter was also said to have touched off three high-profile killings — one by officers and two of officers.

From the Sun Times:

Office of the Inspector General analyzed 50,176 ShotSpotter notifications from last January through May. Just 9.1% indicated evidence of a gun-related offense was found. Only 2.1% of the alerts were linked directly to investigative stops, although other stops were detailed in reports that referenced the technology but didn’t correlate with a specific ShotSpotter notification.

“The Adam Toledo shooting arose out of the response to a ShotSpotter alert. Back in 2018, when Chicago police officers Eduardo Marmolejo and Conrad Gary were killed, they also were responding to a ShotSpotter alert,” (Deborah Witzburg, the city’s deputy inspector general for public safety,) told the Sun-Times

Detroit's new city council, which is further left ideologically than the body that approved ShotSpotter spending last year, will have final say over technology's expansion.