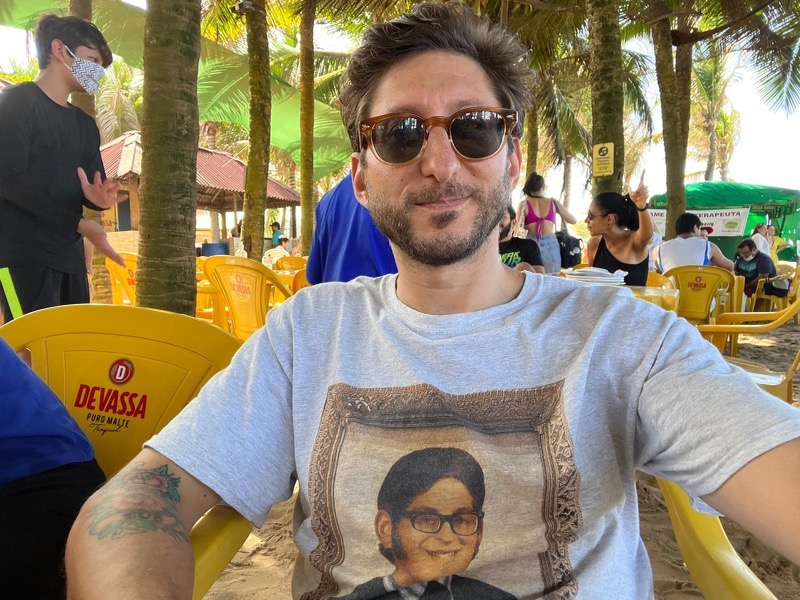 When Metro Detroit journalist Danny Fenster was freed in November after six months in a Myanmar prison, he stopped to visit his grandmother Lilly Fenster, 95, at a senior facility in Southfield.

Relatives and friends never told the Holocaust survivor from Poland that he was imprisoned in Southeast Asia, though at some point she suspected something was amiss. After he was free, and before he came to her room, she was told by family of the jailing.

When he walked in her room she had an emotional reaction, which Danny's brother Bryan Fenster captured on video. On Sunday night, part of that video was included in a report on "60 Minutes" on Fenster's ordeal. Bryan shares it with Deadline Detroit.

(It's not Lilly Fenster's first media exposure. Amy Kurzweil has produced a book on her grandmother Lilly, "Flying Couch: A Graphic Memoir.")

Danny Fenster is currently in Brazil, his wife's home country. They plan to return to Metro Detroit by May. He's waiting to hear about journalism fellowship applications to the University of Michigan and Harvard. Fenster where he hopes to study the role of journalism and how authoritarians are supressing the press, and what that means for American readers' ability to understand the world.

"I'm doing well. It's hard not be doing well when you're sitting on a beach in Brazil trying to learn how to surf," he told Deadline Detroit by phone on Monday.

"But I feel like I've had enough rest time and I'm actually very eager to start doing writing and journalism, and start working again."

How has the whole experience impacted him emotionally?

"It may be one of those things you're always processing and you're always turning over and looking at it in a new way, the more that time passes. But I do feel really good. I'm happy. The thing I'm looking at now is what it means for journalism more in a larger context beyond my own personal experience and what it means to the people in Myanmar."

He said he's also still editing a story or two a week for Frontier Myanmar, the publication he worked for when he was imprisoned. He said most of the workers are reporting by phone from neighboring Thailand.