Matt DePerno has less than a month to explain what happened to nearly $400,000 he raised to challenge the 2020 presidential vote, a Detroit News editorial says.

Republicans should know what DePerno did with the cash before they consider nominating him [for attorney general] at their April 23 convention. ...

DePerno has consistently refused to account for the money, and did so again last week during a GOP debate in Oakland County. ...

At issue is $389,000 raised for an Election Fraud Defense Fund managed by the attorney from Portage in Kalamazoo County, who's endorsed by Donald Trump. 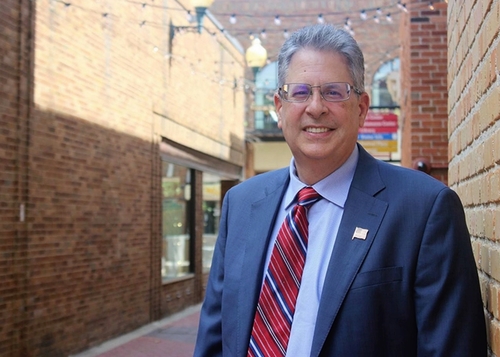 Matt DePerno "has consistently refused to account for the money." (Campaign photo)

"DePerno was among the major drivers of the effort to overturn Michigan's election and declare former President Donald Trump the winner," The News notes Tuesday in its paywalled editorial.

A web page for the fund described its purpose as being "to defend and to protect the integrity of elections in the United States." ...

Did those hundreds of thousands go into DePerno's own pocket to pay for legal fees? Is it still sitting in an account somewhere looking for a place to be spent?

The paper's editorial board tells bluntly how it feels about this guy:

Integrity and accountability are essential characteristics in the state's top lawyer. DePerno has exhibited shortcomings in both areas.