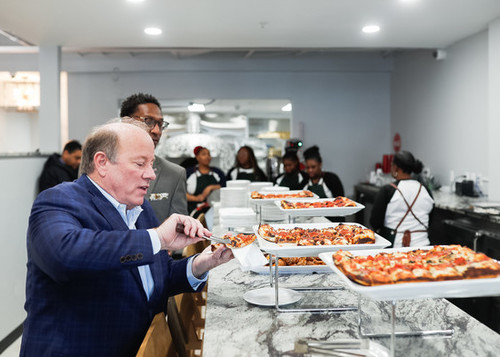 Detroit has a new pizza joint.

Detroit Pizza Bar, a black-owned restaurant at 7316 W. McNichols near Livernois, on the west side, had its grand opening Friday in a redeveloped commercial space.

The $1.3-million project is the latest to be funded by the city's Strategic Neighborhood Fund, a public-private partnership aimed at improving 10 residential areas. Mayor Mike Duggan attended the ribbon-cutting.

The 4,500-square-foot restaurant has 20 workers and plans to create dozens more jobs, according to a city release. The startup staff is comprised of Detroiters, most of whom live within two miles.

The restaurant includes a rooftop dining terrace for in warmer months and offers vegan and gluten-free options.

“When developing in corridors like Livernois-Six Mile that have traditionally struggled to get funding for projects, the Strategic Neighborhood Fund has become an indispensable resource, because they allow both the redevelopment and the stabilization of long-forgotten commercial thoroughfares,” said Marcus Jones, co-owner of the Detroit Pizza Bar, in a statement. “The [neighborhood fund has helped my partner, Akunna Olumba, and I not only open our business but help make a difference on this stretch of McNichols.”

The community is invited to an open house this Friday, April 8, for a slice from 5-9 p.m. 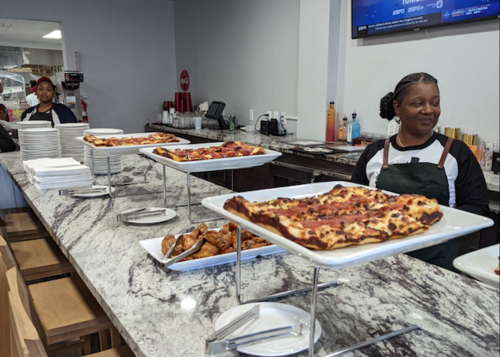 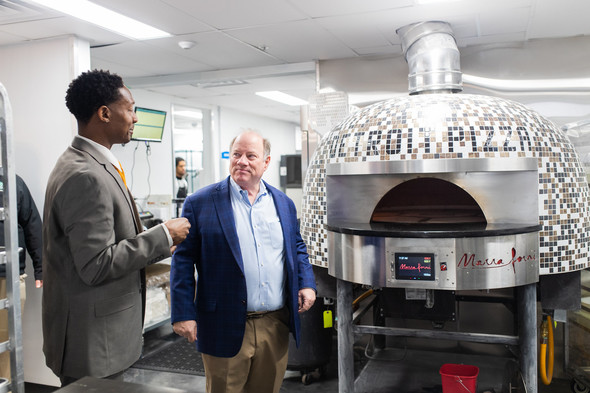