This 19th century survivor is ready for 21st century visitors. Nine more photos are below. (Photo: The Henry Ford)

The newest bit of time travel at Greenfield Village trips back to decades when families and neighbohood grocers picked up produce and flowers at Detroit Central Market.

Originally located near the old city hall between Bates and Randolph streets, now Cadillac Square, the open-sided vegetable shed above served the city from 1861-94 as a commercial center. 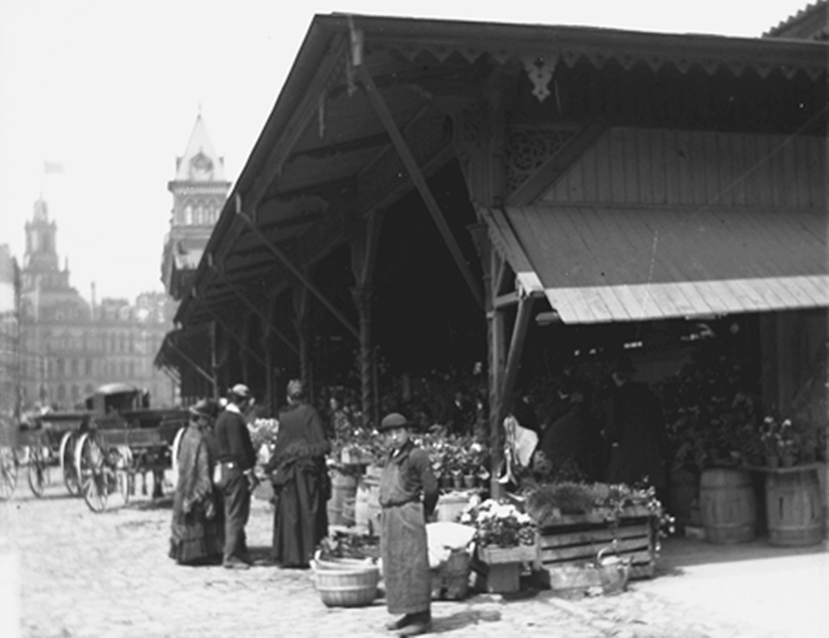 The Bavarian-style structure is reassembled and installed behind Hanks Silk Mill and near the Detroit Toledo & Milwaukee Roundhouse. Public visits began Saturday as Greenfield Village reopened.

Ten curator-led tours are scheduled every half-hour Saturday and Sunday. It's the attraction's first permanent addition in 22 years.

After farmers and other growers relocated to Eastern Market, the shed spent 110 years on Belle Isle as a horse stable, public riding academy and city storage barn. The Henry Ford attraction in Dearborn acquired the historic building in 2003, saving it from demolition.

Rudy Christian, owner of an Ohio specialty builder, oversaw the structure's dismantling and helped with its timber-frame reconstruction last year. His crew reassembled the pine roof system atop columns installed by O'Neal Construction of Ann Arbor, which also created a foundation and underground frame "that anchors the structure and prevents it from acting like a huge umbrella on a windy day," says curator Debra A. Reid. 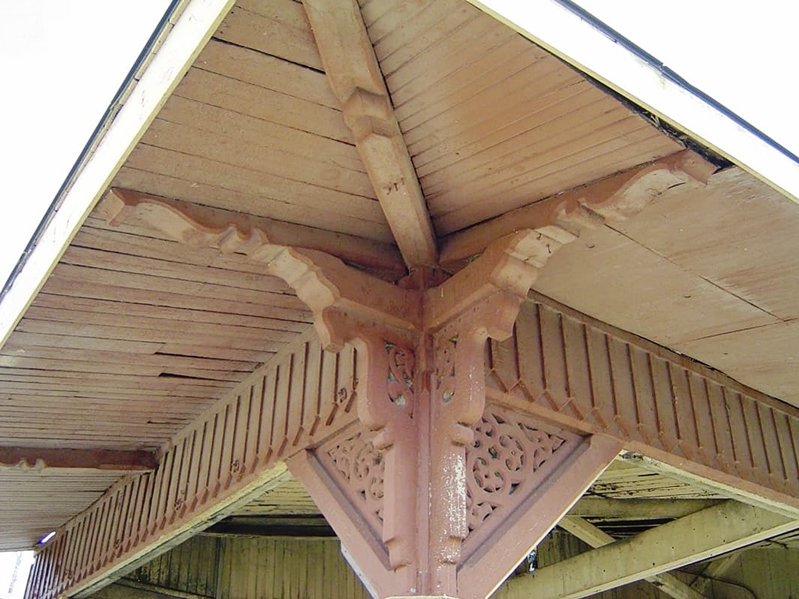 The Detroit Central Market vegetable shed, while new construction, is authentic because of the significant percentage of original material incorporated into the reconstruction. Fifty percent of the 32 columns are original.

The 16 originals are distinctive because of acanthus-leaf details on the bases, a spiral design and capitals onto which cast S-scroll leaf ornaments are mounted. ...

Approximately 80% of the original old-growth white pine was reused in the reconstruction. This resulted from careful detective work during the quick dismantling process. ... The master builders who [rebuilt] it say that it's the most ornate timber-frame structure in North America that they've seen.

The village will be open Thursday-Monday through June 19. Seven-day operations start June 20. 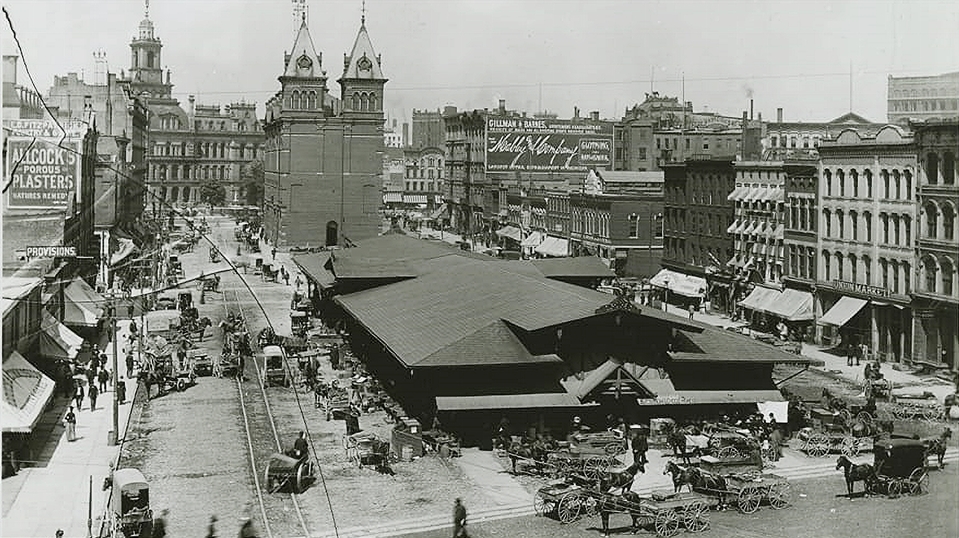 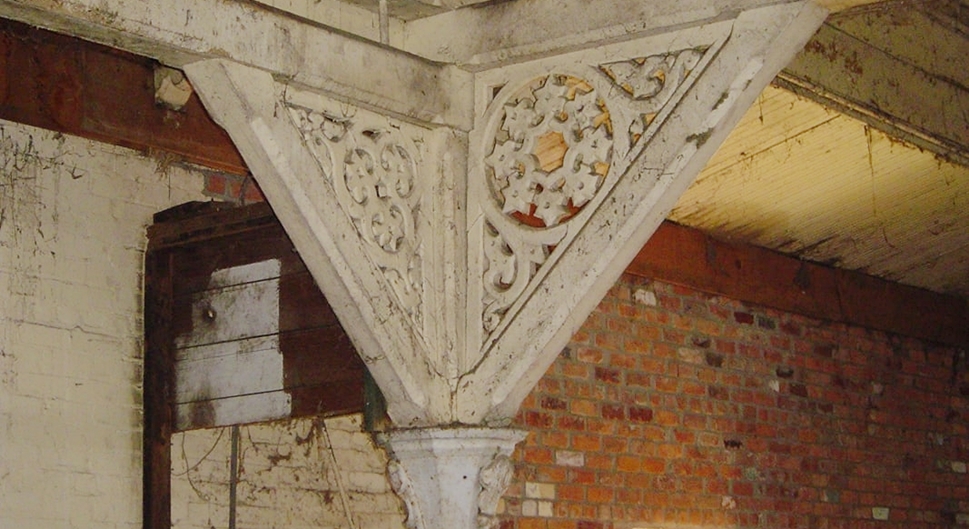 The intricate woodwork was preserved and is in the reconstruction. (Photo: Christian & Son, Inc.)

Before dismantling 19 years ago after the shed became an enclosed stable and then a storage building. (Photo: Christian & Son, Inc.) 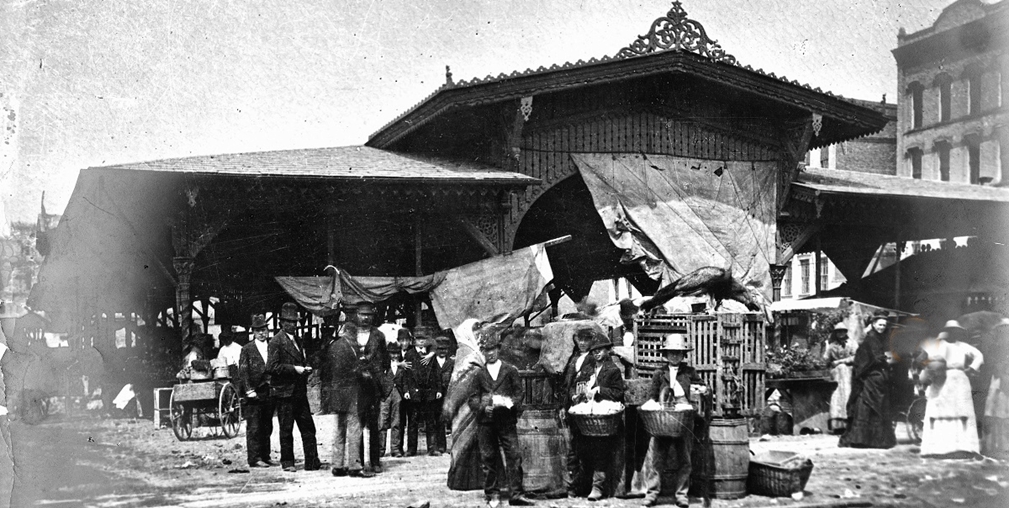 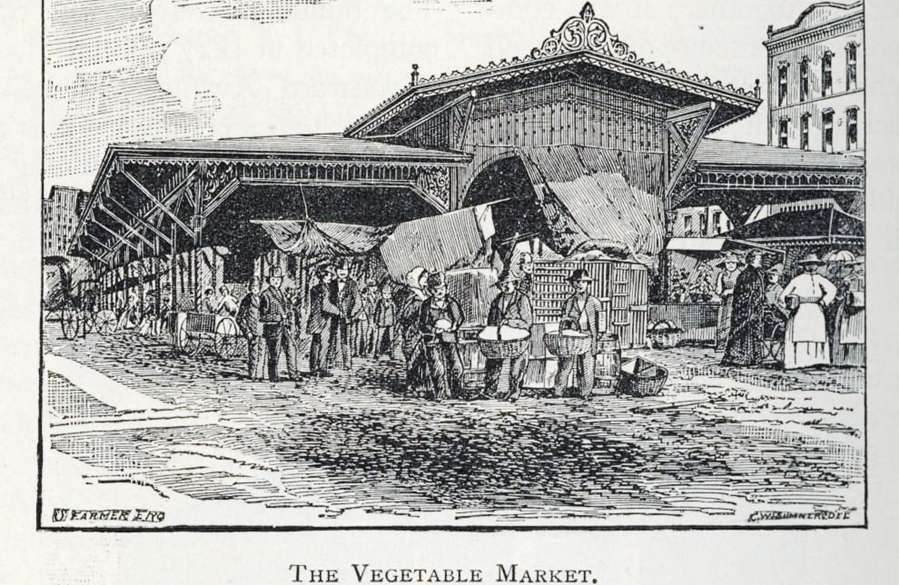 Illustration from "History of Detroit, Wayne County and Early Michigan," an 1884 book by Silas Farmer.