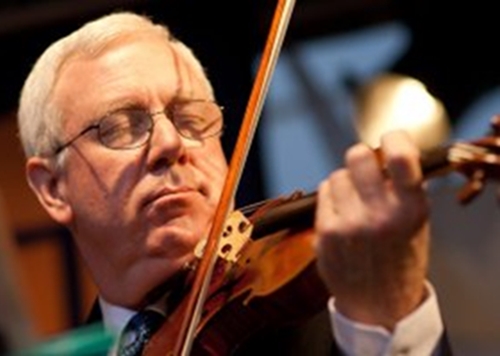 Former University of Michigan professor Stephen Shipps was a nationally renowned violinist. He was also into booze, and a sexual predator who groomed female students for sex.

Shipps, 69, of Ann Arbor, was sentenced last Thursday to five years in federal prison for having sex with a 16-year-old student in 2002. He also was ordered to pay the victim $120,000 in restitution.

But she wasn't the only one. Federal prosecutors identified nine victims from across the country, including six violin students from Nebraska and North Carolina who said that Shipps had sex with them when they were minors, writes Tresa Baldas of the Detroit Free Press.

“No person is all good or all bad. But Shipps, an excellent violin teacher, was also a wolf in sheep's clothing. He intentionally set a trap for me — one he knew I wouldn't see because I was a kid and no match for a seasoned predator," one woman wrote in a victim impact statement read during Shipps' sentencing hearing.

He got several girls high or drunk to have his way with them, they said, all while using them as babysitters.

Shipps had power over their careers, they said, and sometimes threatened to derail their futures — so they went along with his perversions, fearful he would ruin them.

Shipps was a violin professor at U-M from 1989 to 2019 in the School of Music, Theatre and Dance. He was also the director of the Strings Preparatory Program, which enrolled musicians from elementary to high school age.

In addition, Shipps was a faculty member at Indiana University, the University of North Carolina School of the Arts, the University of Nebraska at Omaha and the Banff  Centre in Canada. He also taught at summer music programs in the Czech Republic, Germany and the United Kingdom.

Sexual misconduct allegations against the music educator date back more than 40 years, according to The Michigan Daily.