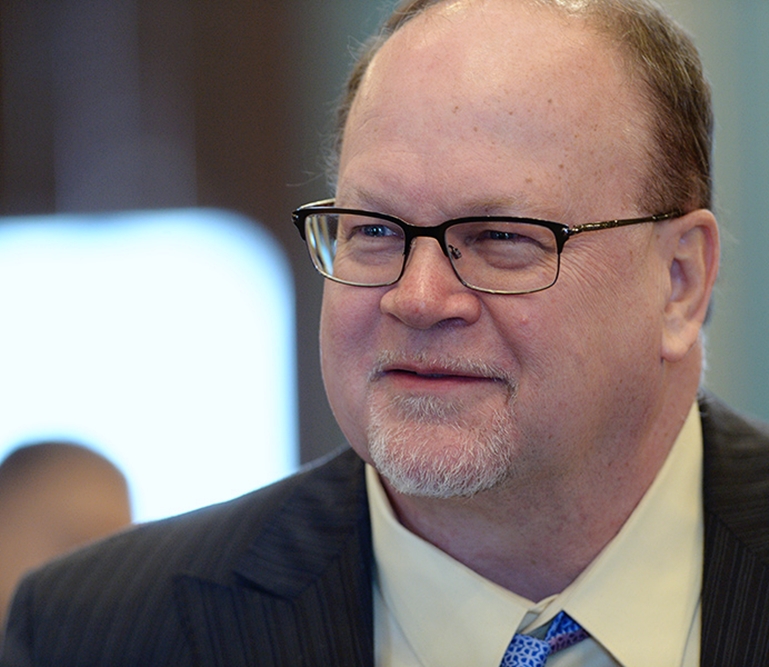 Sen. Jim Runestad: "Leftist social justice warriors and their media handmaidens are not going to give these details to the public." (Photo: Michigan Senate Republicans)

The Lansing news site quotes the senator, who's running this year for a second term:

"I was reading recently that Black children in Grand Rapids are asking their parents: 'Will I too be shot because I’m Black?' I'm not surprised they feel that way when you have reporters like Arpan Lobo of the Detroit Free Press who writes, and I quote: 'In the footage, Lyoya was shot in the head and killed by a white' — white — 'Grand Rapids police officer after attempting to run away from the officer during a traffic stop,'" Runestad said in a mocking tone. ...

Runestad went on to defend the actions of the Grand Rapids Police Department officer — whose name hasn't been released — and push back against any notion that the killing ... was unjustified. ...

Despite Lobo and others accurately reporting on the events that transpired that day with the information available, Runestad accused him and other members of the Michigan press of promoting "media lies" about the incident. ...

"You can hear the terror and the overwhelm and the exhaustion in the officer's face on tape just before the shooting," he said. "Of course, those leftist social justice warriors and their media handmaidens are not going to give these details to the public."

That irritated Sen. Adam Hollier (D-Detroit), who rose after Runestad to say the "tragedy" in Grand Rapids on April 4 is "not about the left or the right.”

"It was about the loss of a life,” Hollier said. “It was about a father who is never going to go home to his children. ... As a father, as a member of this chamber, it's deeply concerning to me that we would try and justify it."

Also in the Senate on Tuesday:

'Your hollow, hateful scheme:' Politics gets heatedly personal between these Michigan senators