Video: Kwame Kilpatrick Tells 'Today' Show He Didn't Do Most of the Federal Crimes He Was Convicted Of 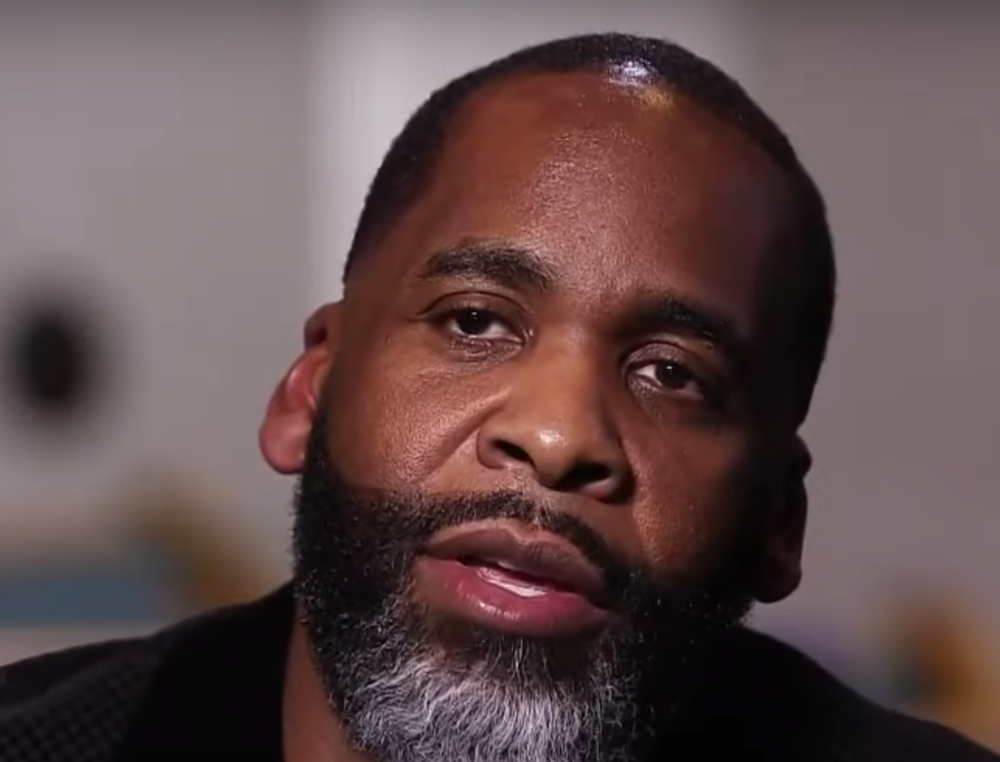 Kwame Kilpatrick on the "Today" show

Ex-Detroit Mayor Kwame Kilpatrick, who started an online ministry early this year, admitted committing perjury, but adamantly denied doing a lot of the federal crimes that brought a 28-year sentence in 2013

"I did the perjury," he told Craig Melvin of NBC's "Today" show  in an interview aired Thursday. "But all of this mail fraud, wire fraud, conspiracy, absolutely not."

Kilpatrick, mayor from 2002-08, was convicted of 24 federal felony counts, including bribery, extortion and income tax evasion. President Trump commuted his sentence to time served in January 2021 on his last day in office.

M.L. Elrick of the Detroit Free Press won a Pulitzer Prize in 2009 for coverage of  Kilpatrick's wrongdoing that led to a state coviction and removal. Elrick also covered the federal trial for Fox 2 years later.

"A diverse jury who carefully weighed the evidence for six months saw it differently," Elrick said, noting the difference between the jury's verdict and Kilpatrick's remarks. "The only reason this area has not been able to move on from Mr. Kilpatrick is Mr. Kilpatrick himself."

MSNBC commentator Barbara L. McQuade, who was the U.S. attorney in Detroit when Kilpatrick was convicted, said Thursday she  stands by the statements she made at the time of conviction.

"Although this investigation spanned many years, this case is not about the past," she said in 2013. "It is about the future. This verdict has sent a powerful message that corruption will not be tolerated in this community. The people of Detroit deserve better and expect better. Candidates should seek public office to make a difference, not to make money for themselves."

Here's what Kilpatrick said about the criminal allegations in a Q&A interview with Deadline Detroit last December:

Deadline Detroit: You haven't really spoken about your case, except through your filings. Do you agree that you did something wrong or do you still feel you didn't do anything wrong?

Kilpatrick: I never took the position that I didn't do anything wrong. I most definitely did things wrong. I did things wrong with trusting the wrong people and making stupid, ignorant decisions. I did the wrong thing in terms of office, just not taking it serious enough, the position that I held and that the people of the city of Detroit gave me. There's no excuse for it.

DD: You were accused of bribery and bid-rigging. Were those fair allegations?

KK: Before I answer that, I believe that 99 percent of the people in the city of Detroit or surrounding areas, they don't even know what I was charged with. What I was charged with, even in my filings, even in my conversations, I would disagree with. So you ask, have I ever bid-rigged? Not only had I not done those things, I don't even know how a person would do that.

I made some terrible decisions and yes, I did some things that I should have never done, and it had an incredibly horrible effect on me, my family, my children, and the city of Detroit and the citizens of Detroit. I'm really in a position now where I just hope that people see the fruit of my repentance from that. As far as the details of it, what I did or didn't do, it takes away from the fruit of repentance.

What I want to do is the same thing the candidates for mayor now want to happen, what families that are moving to Detroit want. They want to move forward and I don't want to be a part of any political discussion in Detroit because I'm not interested in being in the politics of  Detroit.

DD: Were you too immature to have that position?

KK: You know, I don't believe anybody can be described as being quote, unquote immature and in a successful position because they can be very immature in one area and absolutely brilliant in another. Yes, there were some areas (where) I was immature. I didn't understand how big the mayor's chair was. (But, as) measured by an understanding of the appropriations process in Washington and Lansing, or understanding how to write policy, understanding how to work with the philanthropic communities, get the grants? I was very immature in some areas and very knowledgeable in others.