Two years after moving from Detroit to Brooklyn, Aaron Foley returns to hometown streets and touchstones in his debut novel.

After over a decade and a half of weaving words professionally, mostly as a journalist, the 37-year-old writer pivots to fiction in "Boys Come First," being released May 31. It makes a pre-publication splash with positive early reviews. 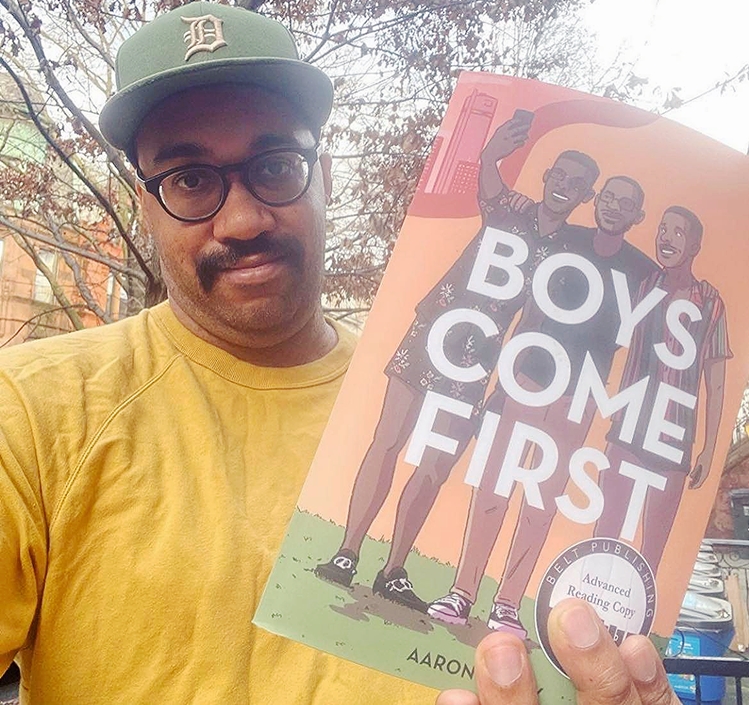 Aaron Foley: "I wanted something for my friends to read." (Photos: Facebook)

The 386-page paperback is "a story about friendship, specifically Black queer friendship, and how changes happening in Detroit might upend [the] bond" among three characters, the author says in a guest post at his publisher’s Substack newsletter.

I did it because I wanted something for my friends to read. For my Black gay friends to say "yeah, you got this right" and for anyone who's not to maybe see a little of themselves. …

It was damn fun writing "Boys Come First," drawing on the many, many stories I've heard from Black gay men over the years and throwing them all in a blender to chart paths for my three protagonists.

Foley, a former editor of BLAC Detroit magazine who then served two and a half year as the first chief storyteller for the mayor's office, now is a writer and senior digital editor at "PBS NewsHour." His new book comes from Belt Publishing of Cleveland, which issued a Detroit newcomers guide by Foley and a 2017 collection of neighborhood portraits he edited.

"'Boys Come First' is a joy from start to finish," David Vogel writes in a mini-review for BuzzFeed's monthly "best books" recommendations.

Aaron Foley has written one of the most realistic queer novels I’ve read in years. He allows his characters to be funny, sexy and messy, while intelligently addressing major issues like the gentrification of Detroit. Never didactic and constantly entertaining, this book is both smart AND steamy.

A paywalled blurb at Library Journal says "the plot and the strong characters should keep [readers] turning pages" even if some "may be put off by the explicit sexual content."

Foley's love for his city and his engaging characters shines through, and his novel is funny, naughty and comforting. This auspicious debut will leave readers eager for more.

That love of the city is deeply rooted. Foley is a fourth-generation Detroiter with a great-grandmother who lived in the North End and a grandfather who owned an Indian Village home. 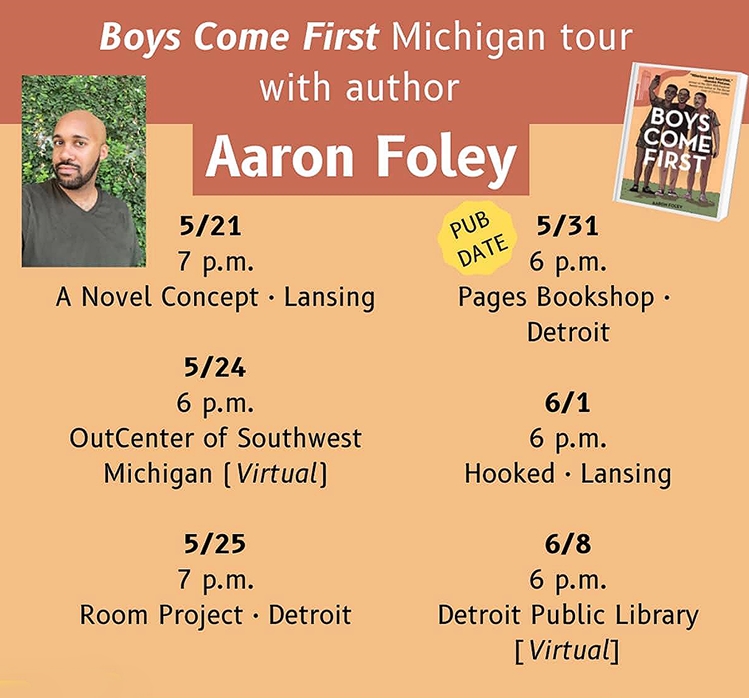 His childhood began on Webb Avenue near Central High School. His family later lived in Lafayette Park and then in the Russell Woods neighborhood from ages 12-17. Last decade, he was a homeowner/rehabber on Lawrence Street, just north of Boston-Edison.

The 2007 Michigan State graduate comes back to that area this weekend for a Lansing reading and audience questions at 7 p.m. Saturday in A Novel Concept bookstore.

Foley's novel can be ordered from the publisher, with signed copies sent to those who buy by May 20. Editions also will be available for Kindle, Nook and on Audible.

‘You could say that
about all of Detroit’

This sample from Chapter 2 introduces Remy Patton, a Denby High graduate who started a rising real estate agency on Kercheval near Van Dyke.

Because no other agencies wanted to touch Detroit proper … I honed in on one area and made it mine. I made it my mission to take over all the Villages: Indian Village, West Village, Islandview, the Gold Coast, and all those condos up and down the river. 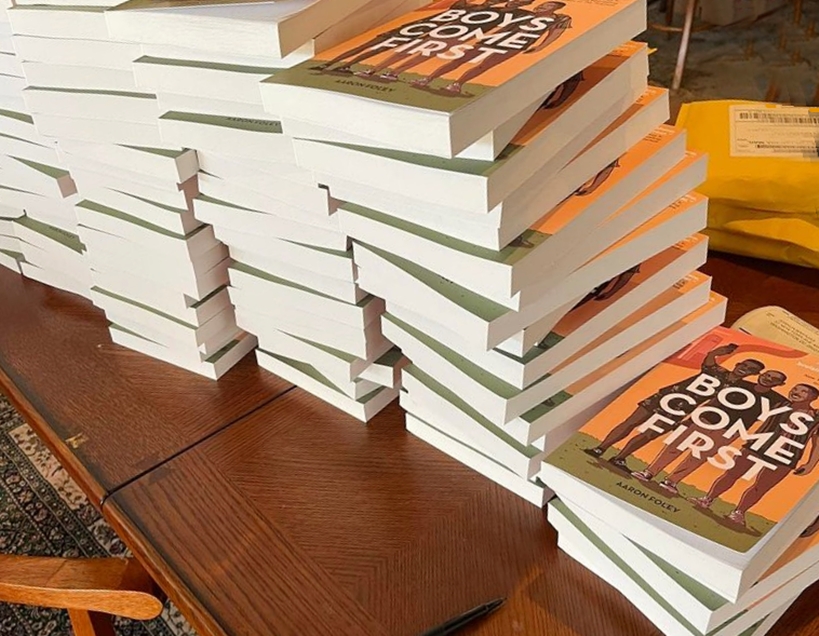 It's also my home. I’m not in my big Indian Village mansion yet, not like the one Troy [another character] grew up in with his dad. But I bought a cute townhouse on St. Paul smack-dab in the middle of West Village for pennies, and with all the work I've put into restoring it and all the white folks who have suddenly decided they want to live here—shit, I'm not taking anything less than $700,000 for it. …

I knew I had to get my mama out of our old house on Promenade. Even though it was paid for, it wasn't worth shit. So while prices were still low, I bought an apartment on the twelfth floor of 1300 Lafayette for eight grand—that shit would go for at least 100K now—and moved her in. She deeded the Promenade house over to me, and now I rent it out to my cousin Annesha and her little boy, Paris. Annesha’s trying to move up in the world, and I at least want to help her have a stable house while doing so. Besides, Promenade really isn’t that bad if you mind your business. I mean, you could say that about all of Detroit.